I began exploring the capabilities of the UR5 robotic arm by programming it to draw. It’s possible to speak with the robot by sending it commands over OSC, but the server side controls are still being developed, so I decided to use the native programming language, URScript, which is incredibly limited.

One type of form which Ursa (our name for the UR5) it is good at drawing is circles, so I had her draw spirals of varying thicknesses with different types of pens in a handmade rig (inspired by Pablo Garcia’s and Madeline Gannon’s Machine Drawing Drawing Machines rig).

One would think that the spirals to be perfect if drawn by a robot. And indeed, they are far more perfect that if I alone were to even attempt to draw 2000 spirals in 1/10 mm increments. However, there are imperfections—results of instabilities of the stand, the pen rig, the angle of the pen, and more—that are amplified by thousands of iterations of circles. Each series of lines captures the “fingerprint” of the robot in this particular setting at this specific point in time. Come a week, with a more stable stand and pen rig, and these subtleties will be less pronounced and of a distinctly different character. Here are two drawings that greatly amplify these singularities—the first, a result of bleeding of the pen and the second of high freedom of movement of the pen. 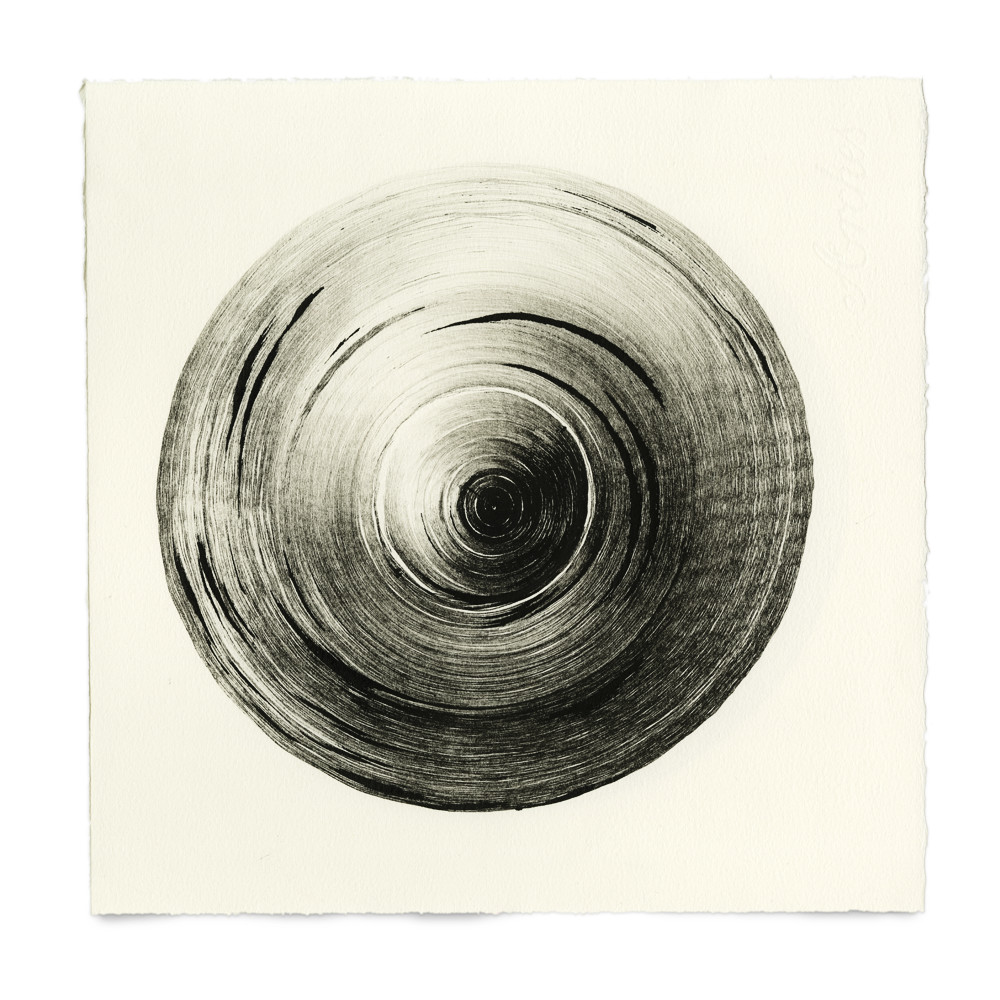 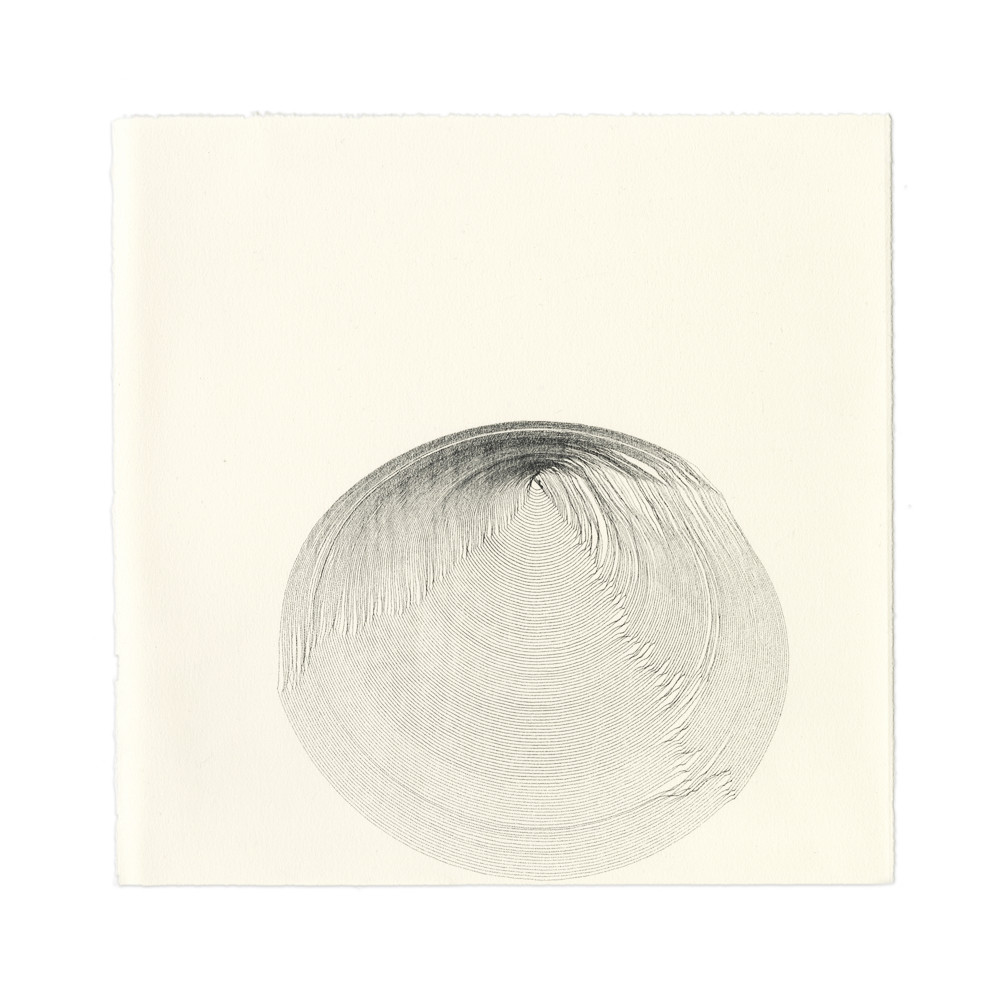 Satisfied with these explorations, but ultimately wanting to push them further, I invited a friend, Paul Peng, to collaborate on a series of human-machine drawings.

Each drawing has been processed by two distinct entities: one mechanical and one organic. First, the paper is subjected to one or more ink spirals radiating outward from its center by the robotic arm Ursa. Ursa responds to the texture of the paper and it’s subtle topology, as well as the conditions of her environment, including the stability of her connection to the ground and to the writing instrument. Though these interactions are subtle, they provide plentiful substrate for which the organic form will respond. This form, Paul, is the second process. His responses are more subjective and erratic, changing based on previous experiences. In comparison to Ursa, they are less predictable. However, his reactions, like Ursa, are dependent not only on the substrate on which he draws, but by immediate environmental conditions, including individuals with which he speaks, access to drawing media, lighting conditions, his sitting apparatus, etcetera.

One might argue that a critical difference between Ursa and Paul is that Paul responds to the product of his own behavior. For example, he may draw a line and decide he doesn’t like it, so place a large black rectangle on top of it. Paul’s responses are not easily interpretable by any onlooker, but they are methodical; They represent a concrete dialogue between the processor and the medium. Ursa too responds to her physical interventions. Sufficient deposited ink has the capability of deforming the paper or pulling more ink from her pen with each pass (as in the case of the first drawing above). In this way, the paper on which she draws is not in stark separation from her drawing process. The marks Ursa makes elicit different behaviors from her in the same way Paul responds to his own. 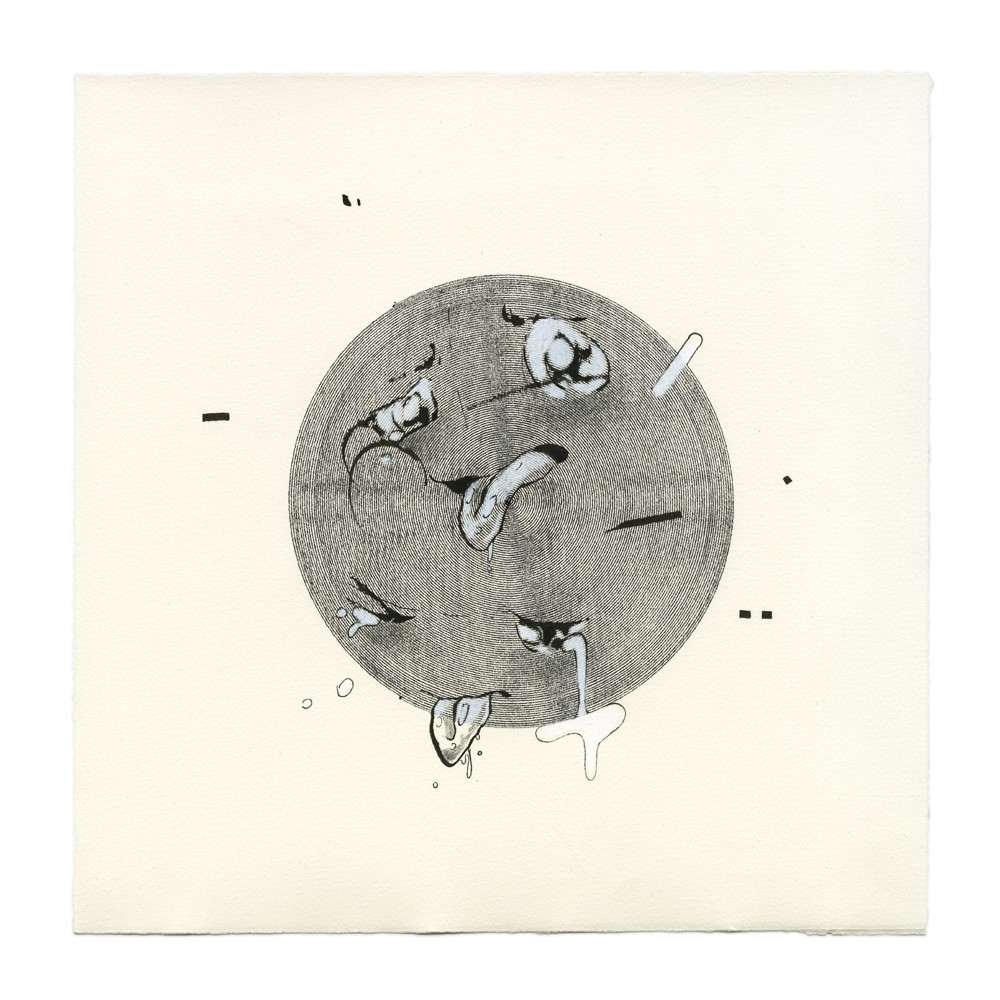 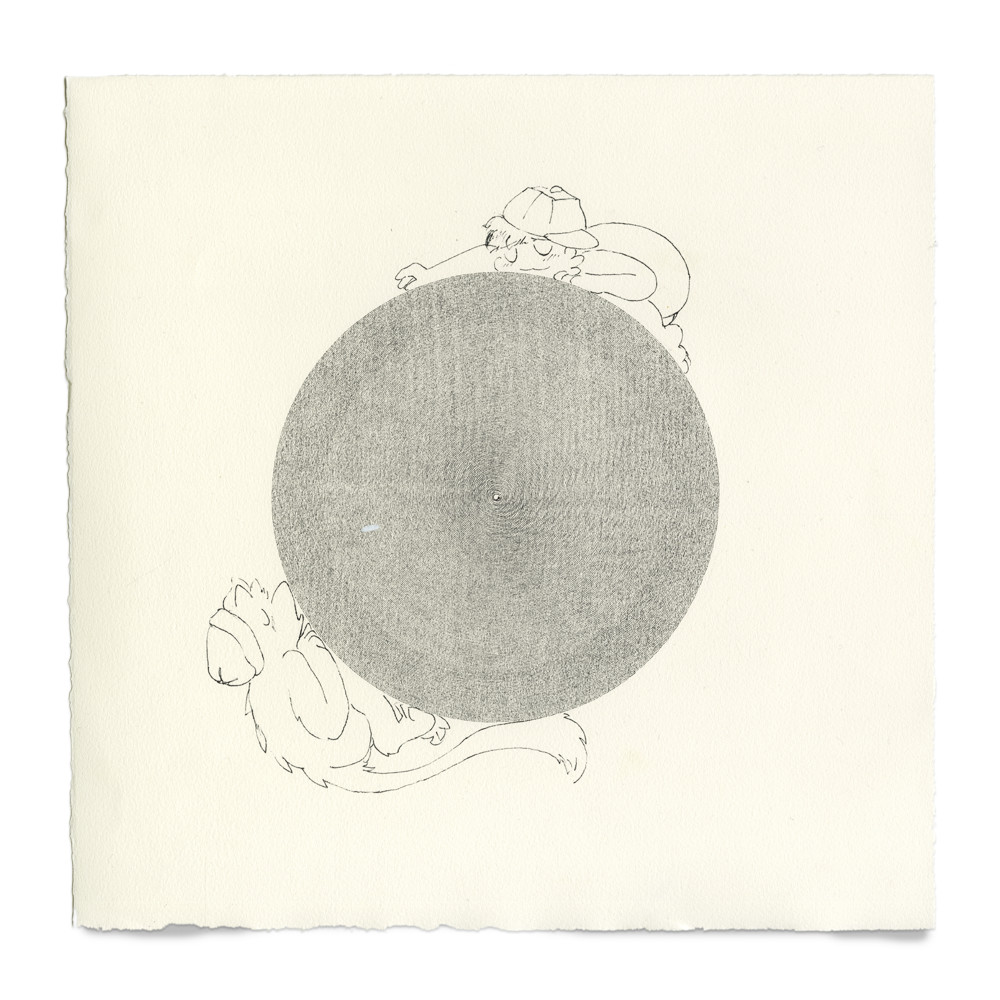 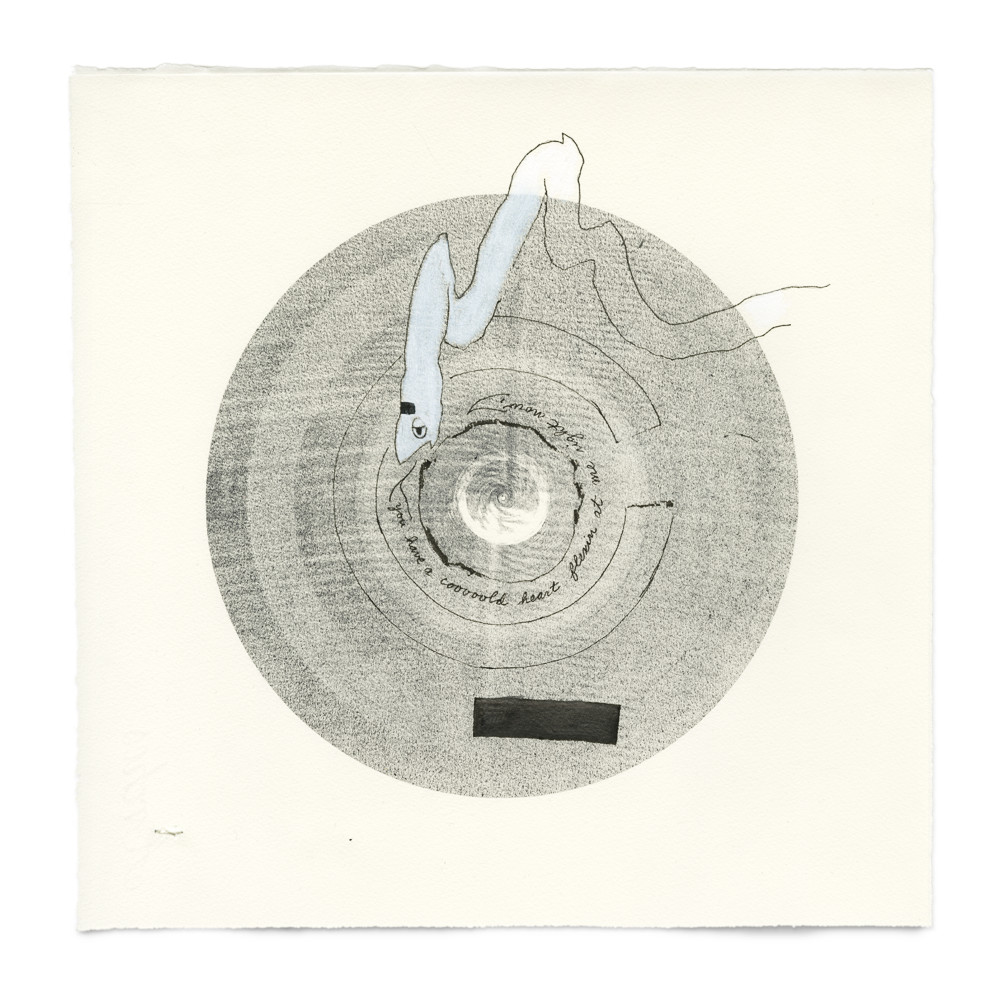 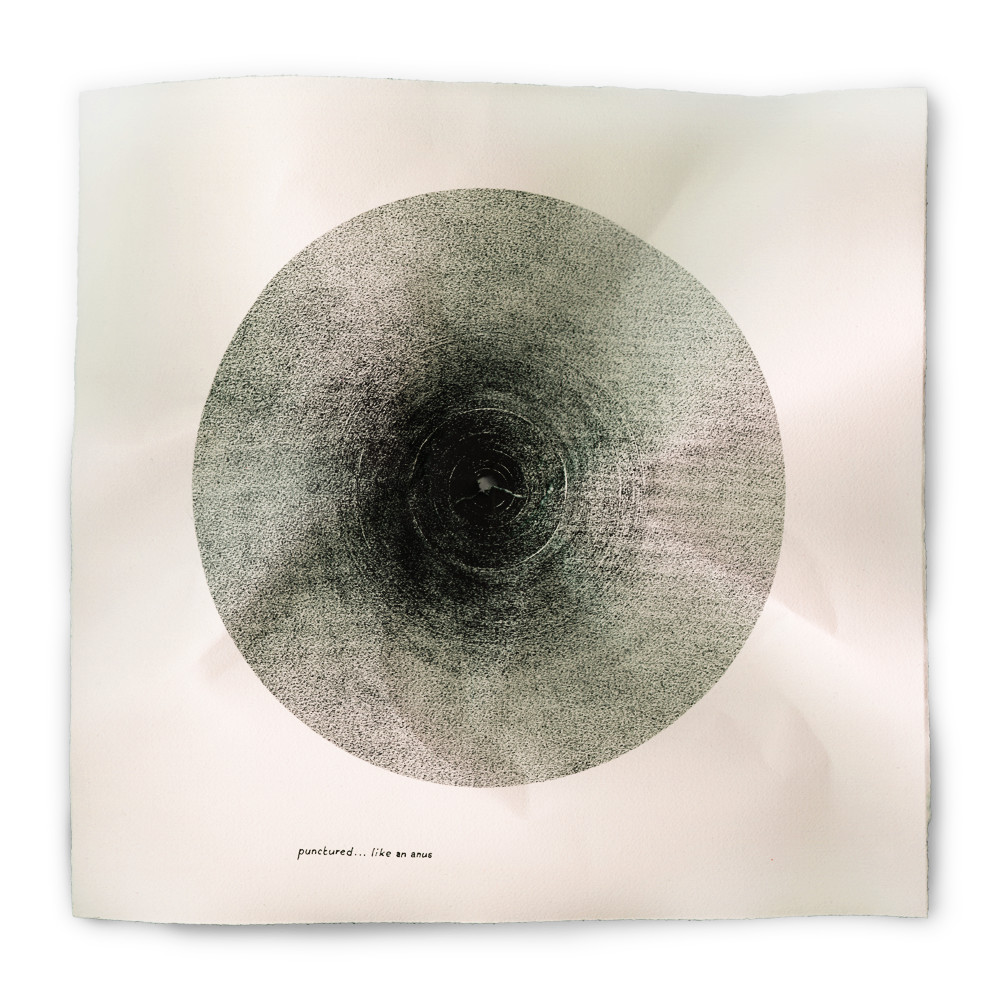 This juxtaposition of human- and machine-made work challenges the assumptions we make about mechanical processes and brings together in greater harmony the idea of cause and effect in information processors of seemingly different origins. I’m curious to continue blurring this boundary and explore workflows in the opposite direction, in which the mechanical responds to the human response.

Many thanks to Golan Levin, Madeline Gannon, and the Studio for Creative Inquiry.