Description: Is still sending things and has yet to have Oliver Daids fix it.

This image bot falls in the “Feed” category of Cook’s taxonomy. It provides a noninteractive one-directional stream of content. The main aesthetic value is the pleasing qualities of the generated images themselves.

I initially had an entirely different plan for my image bot, but the image generation algorithm I was working on wasn’t working as well as I had hoped after testing and tweaking it for a while, so with two hours left, I spun this out.

With the image bot, I wanted to capture the feeling you might get from looking at the poor quality images space agencies provide when they claim they’ve found something spectacular in space. I wanted to explore how the human mind fills in the gaps when presented with insufficient data. I see the bot as allowing people to see an endless stream of space-clouds for imagining things beyond the sky.

I was quite surprised with how the generated images turned out. I expected them to be much less interesting than they were because of the simplicity of the algorithm. The algorithm it uses just places randomly colored points, darkens them with Perlin noise, then drops a roughly circular blob in the middle before running several blurring passes. I suspect it will grow old after a while, but I like them for now. I will probably soon explore subtly changing the algorithm over time and have the “Broken Telescope” discover something amazing.

since I imagine it being a floating space propellor.

So far, there have been no reactions to the bot and no followers. 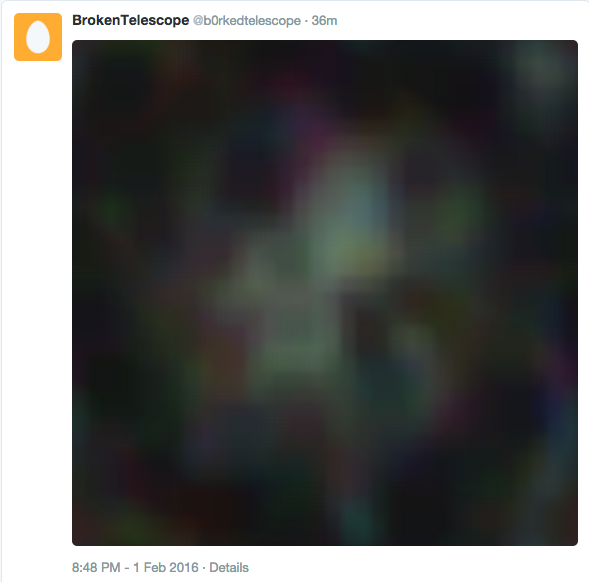 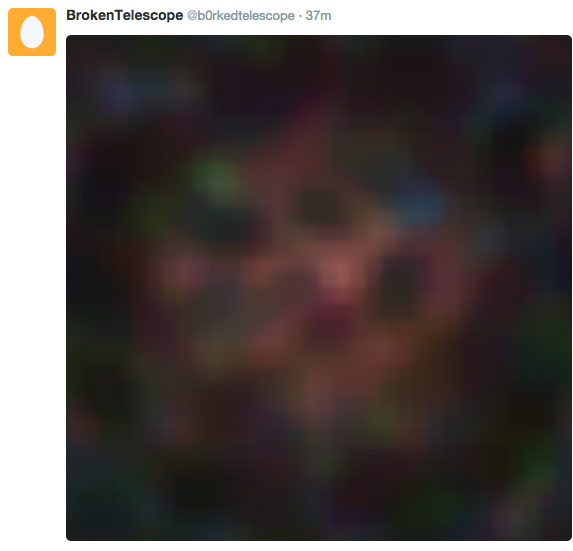 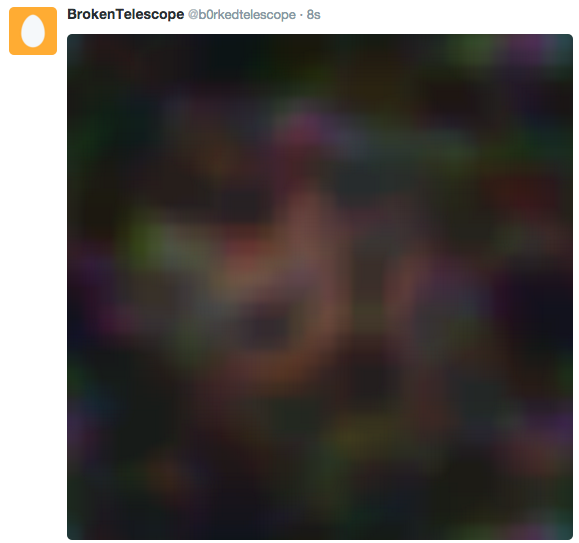 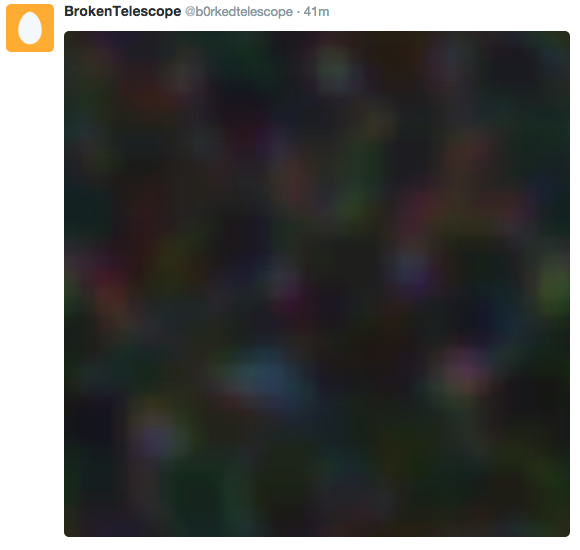 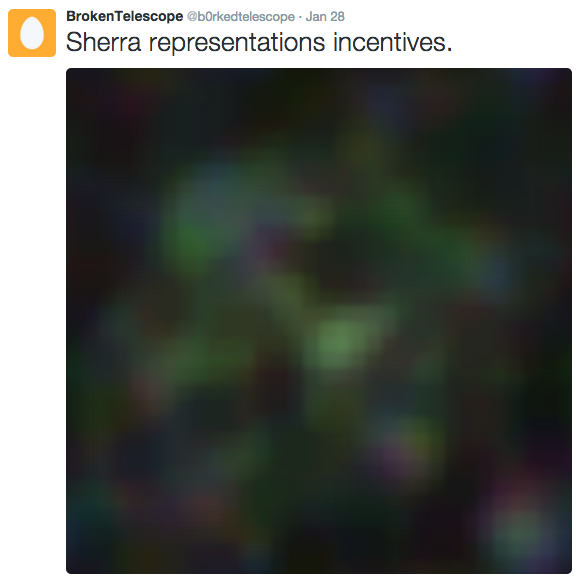