An OF project I found interesting is the Trace ribbon – an emergence by movement by Shohei Fujimoto: http://www.creativeapplications.net/openframeworks/trace-ribbon-an-emergence-by-movement/

Trace Ribbon is a device that automatically and continuously records and plays back movement. It reads movement using leap motion and the mirroring is done using a ribbon mounted on a rotational arm. So people can interact with the leap motion device by altering the distance of their arms rom the device. This changes the angle of the rotational arm, which in turn moves the ribbon radially. I find this project interesting because it makes use of the physical properties of a ribbon to express. I also like how, by the connection of materials (rotational arm to the ribbon), an entirely new pattern of movement is made. This increases the scope of expression. I can imagine this being extended to a flexible ribbon connected between two rotational arms to generate wave like motions. The input can be changed to audio, gestures, motion. For example, it can be used to visualize conversation in the physical space.

An OFX add-on I think can be used in an interesting way is ofxPointInMesh by Amnon Owed: https://github.com/AmnonOwed/ofxPointInMesh 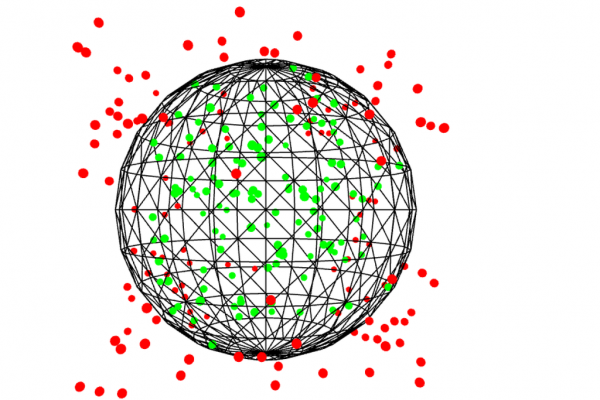 The add-on checks if a 3D point is inside an ofMesh. This can be used interestingly for 3D mesh selections in 3D modeling software. Instead of changing perspective and doing a 2D area selection of edges and points, mesh selections are used to select 3D objects. Eg. a spherical mesh will select all the 3D points of the object in the spherical volume. This can make use of the PointInMesh add-on. Furthermore, this can be used in gesture input 3D modeling, where the hand gestures are used to make meshes. The add-on will allow checking and selecting all the points inside this gesture generated mesh. This will aid in gesture based selection and manipulation of 3D objects.