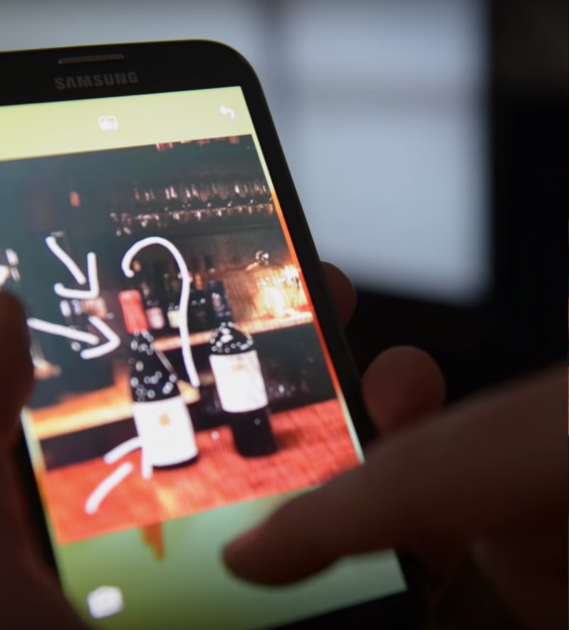 LokLok is an Android phone app/widget for people to draw on each other’s phone lock screens. It’s similar sending people snapchats, but is much sweeter in that it doesn’t require opening an app to receive the messages. Instead, it’s a surprise that appears on your lock screen. It’s also possible to use it as a couple or in a larger group of people.

The best thing about the internet is its ability to connect people regardless of their location. With email, FaceTime, Skype, text messages, the many forms of group chats, and the ability to share locations, there’s a ton of ways to actively communicate. In contrast, the draw of Telematic Art for me is the opportunity for a more poetic form of passive communication. I came across LokLok because I’m was interested in communicating through text and drawings through screens we see on a daily basis (our new tab screen, desktop, home screen, etc). Though LokLok is advertised as a sort of commercial product, it’s successful in ways that I find lacking in other attempts of networked art. It’s actually functional in its ability to send messages, isn’t a physical product, and seamlessly integrates into daily life.