Walking :  A Retraced Map of Walks Executed in Response to Grief 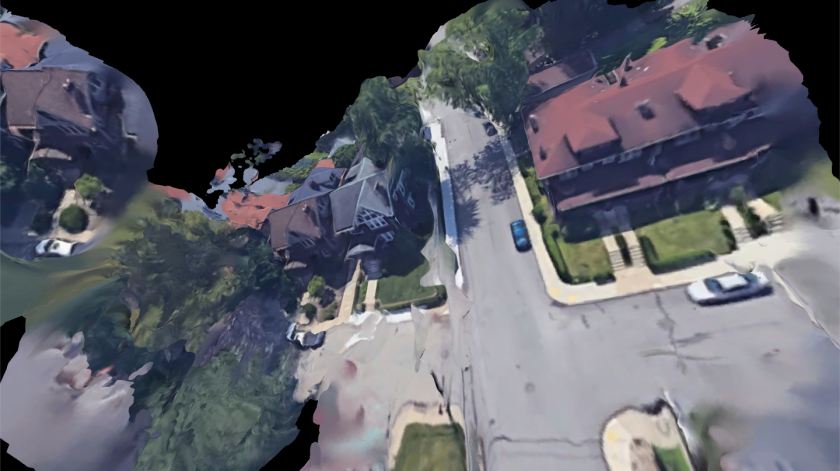 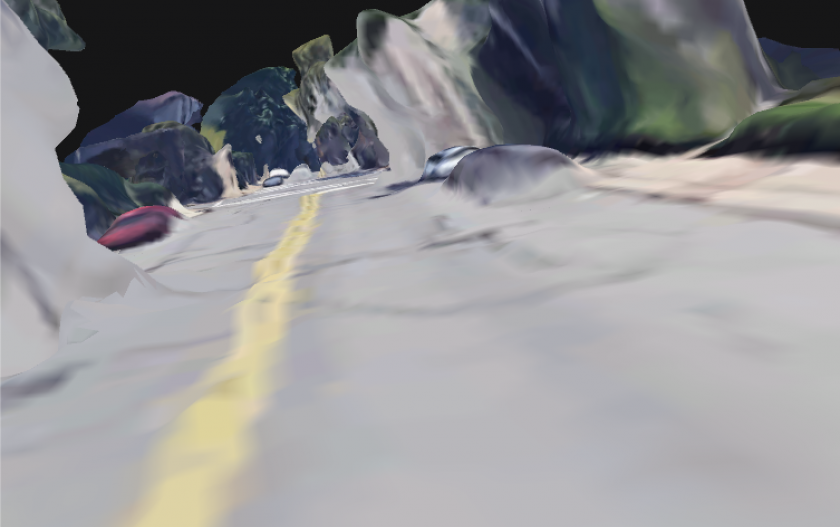 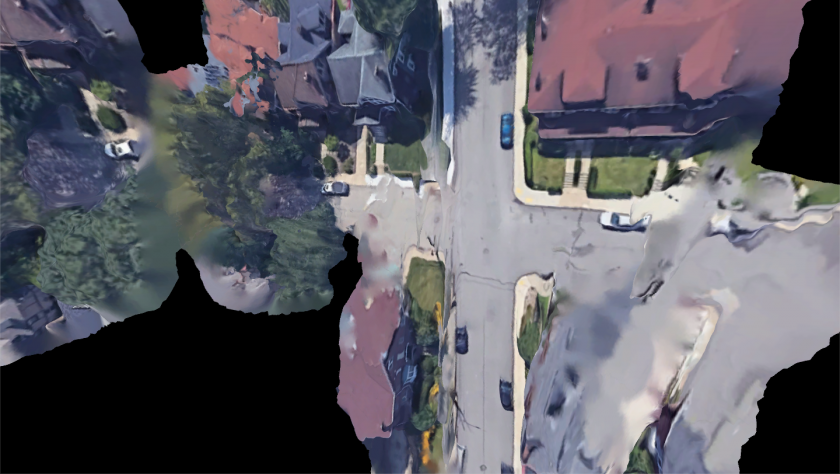 Stills from the 5min-long video walkthrough

For my final project, I continued work I had set down a couple months prior. Early in January, I was confronted with multiple events which caused me to grieve simultaneously. As a way to process those events, I walked roughly three hours a day over the course of a week. Because those walks felt so significant in the reclaiming of physical and mental space, I had  the foresight to record my path over the course of that week. I kept track of my routes and their timestamps, how long they took me, how long I stayed in any given place.

To create this 3D experience, I decided to use Photogrammetry to reconstruct physical spaces virtually. I specifically chose to work with footage from Google walkthroughs, because that is a theme I have been consistently going back to and interested in working with. How does digital space retain physical events? How does one make a digital landscape emotional and relatable? 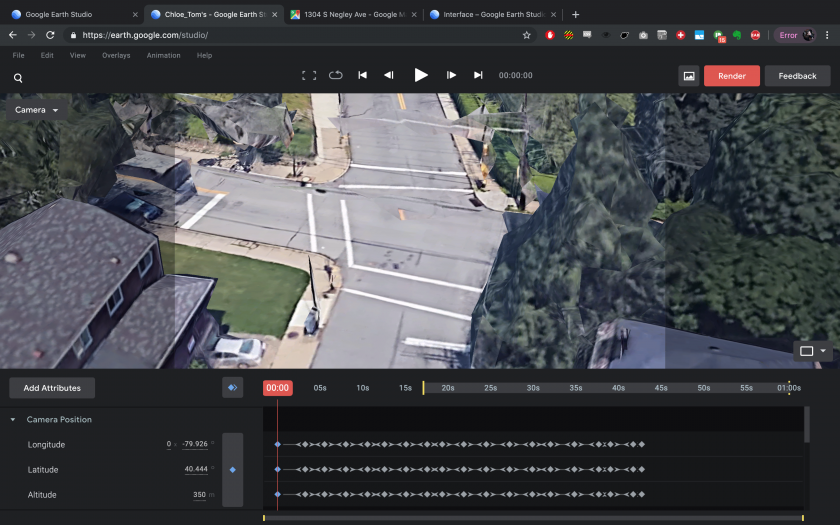 Still of the keyframing of  the walks in Google Earth Studio 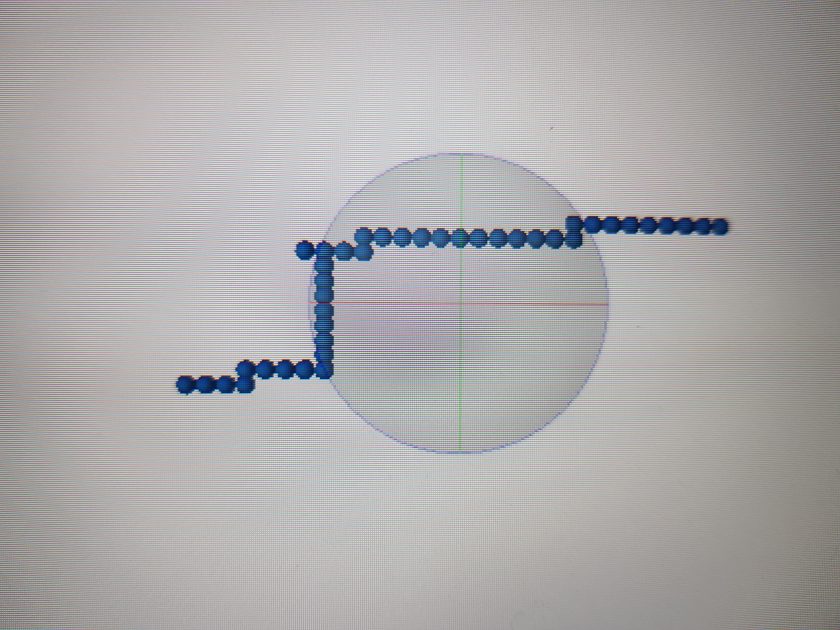 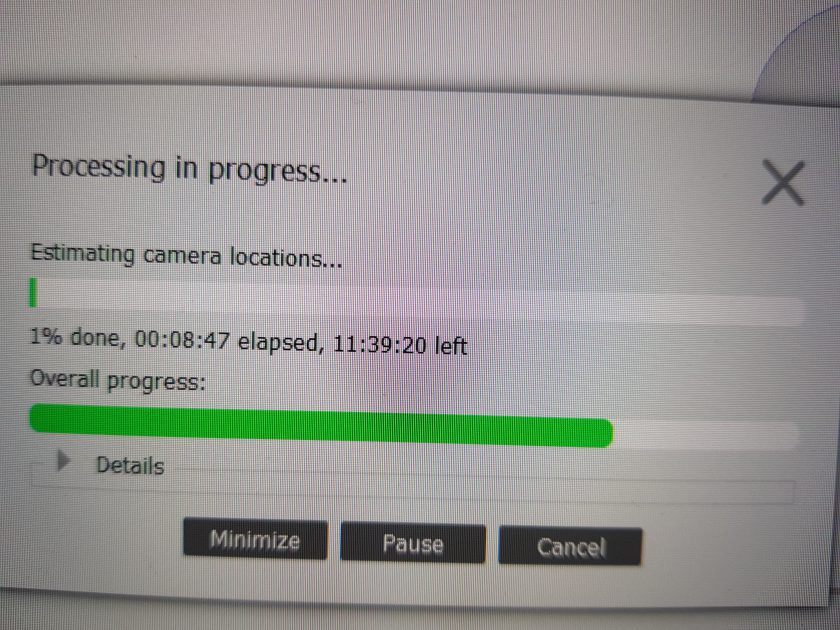 I had originally planned on the video playing for a whole week synched to the real time, which unfortunately was not achieved in this time frame due to the intense rendering time. I might revisit this concept later (outside of the context of grief) and develop a more fleshed out video piece.

I’m also going to link to my website documentation for my documentary Dedications I-V, which I largely made in this class (even though I never used it as a class deliverable).