This project, though not technically an art piece, certainly influenced my vision for the DrawingSoftware project.

To set the stage a  bit, as of about a year ago a set of four scientists from Kyoto University’s Kamitani Lab released the result of a research study on using artificial intelligence (specifically without the use of machine learning ((a method which has been used before for this typed of recording with some success)), and instead through the use of “deep neural networks”) in order to decode the brain scans of people.  Through showing their participants natural images (for varying lengths of times), artificial as well as geometric shapes, and letters from the alphabet, over varying lengths of time… and recording their brains scans at those times in addition to recording when participants were told to think of a specific image, or even well looking at several of the images together. According to the researchers, once the brain waves were scanned, they would then use a computer program to “de-code” the image, or as they like to say ‘reverse-engineer’ it. 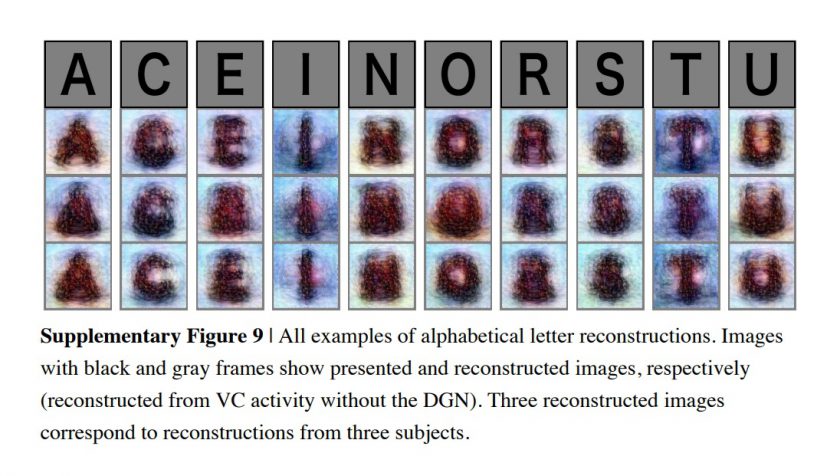 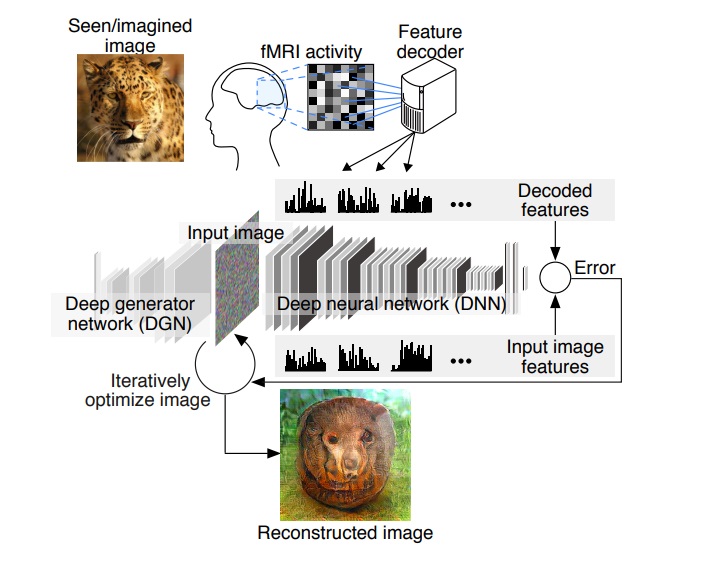 What most intrigued me regarding this project was the fact that brain scans were being used to re-generate imagery; that and the technology (which is undoubtedly beyond my capacity of understanding and my own capabilities at the moment) that they used in order to accomplish this.. Reading this is partially what inspired me to try and pursue the creation of a project which would render your dreams out for you as you slept.

Now – what’s wrong with this project? Well as a research piece, I can’t point out anything specific but in general I think my biggest critique is that this isn’t an art piece; the technology isn’t being used in a way that might challenge how we think about the world in any way – there’s no opportunity for revelation or new perspectives with regards to the concept behind the project (which obviously could simply be due to the fact that they are still developing this new way of processing and re-generating imagery via brain scans) which seems to detract from the interesting nature of the project.  I also don’t believe that this will age well  because of that, just for the simple fact that once you get past the initial “woah” with the technology, there’s not really anything else there that they’ve provided as brain food (on purpose at least…)