This is called Bertillon’s Dungeon. It’s designed to be a small interactive piece about surveillance and facial recognition. I was thinking about glut and the importance to business of sourcing faces as often as possible. I was thinking of mugshots and how they were used to profile criminals by their inventor, Bertillon until DNA testing outmoded them. Yet, we still use mugshots as a shorthand for being in the system. Though this was a small project, simple in nature, I reason that it could be expanded to be a smaller part of a larger story about facial recognition software. I also think it was important in my performance to try and hide my face when the pictures started getting taken, but to be sort of dazed and confused before the realization. I wanted to be someone who understood the motive behind the taking of the pictures (most likely to be used in court for incrimination), but still was conditioned to respect authority (even if they are trying to log into something they shouldn’t be).

Sound wasn’t done in the p5.js sketch. It was done for the documentation in logic. I would want to improve this by having the sound play in the browser. 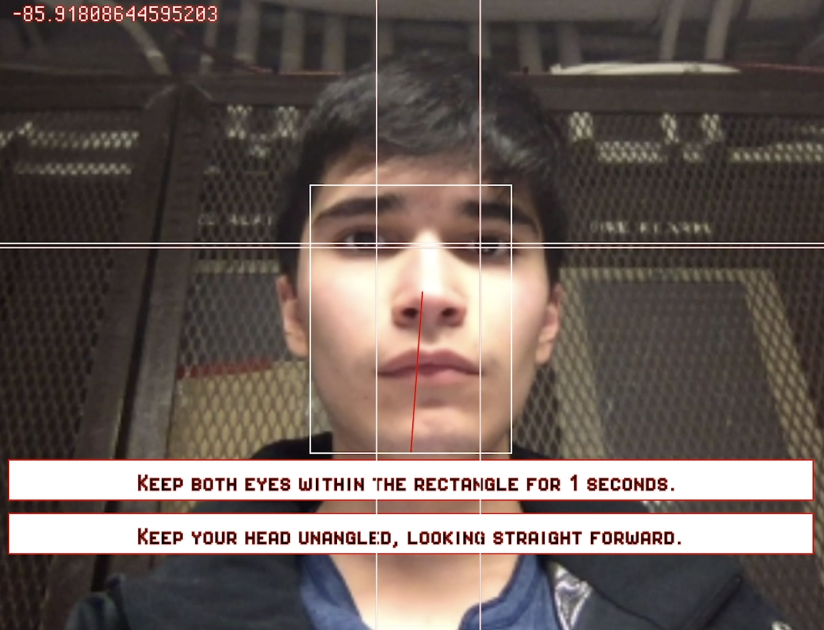 I started by thinking about a gasmask in which obvious breathing was needed to stay alive- a melding between human and machine. This eventually became a number emblazoned on the head, which eventually became the assigning of an ID. I was initially thinking of also having real time facial recognition (or approximations) but this was going to take too much time. The idea of a multi roll of cameras came from watching Dan Schiffman’s Muybridge tutorial and thinking about an interesting transition. 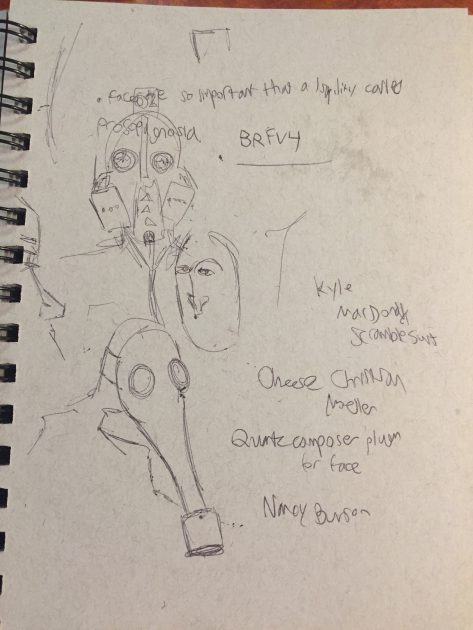 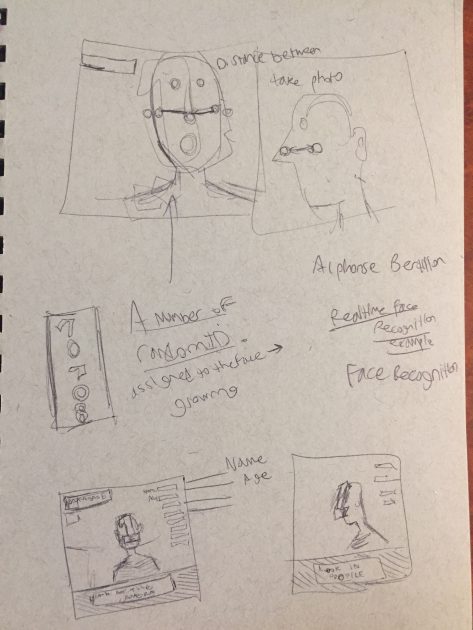 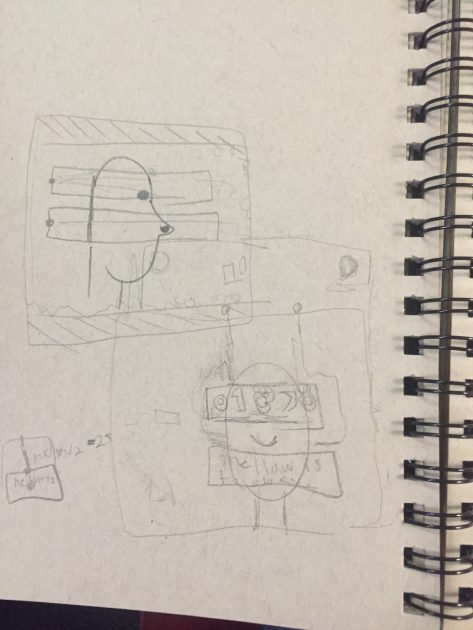