My project for the drawing software assignment is a DDR-inspired drawing game. A cursor moves at a constant rate on a canvas. You must hit D (left), F (down), J (up), K (right) or SPACE (draw/stop) according to the arrow prompts in order to direct the cursor and draw an image. I prototyped this idea in Unity.

My conceptual starting point was agency in drawing. I thought about paint-by-numbers, trace-the-line games–activities that simulate drawing without any of the creativity and decision-making associated with drawing. I also thought about the distinction between art and craft, which is a tension I am very familiar with as someone who is more of a maker than a creator. I was reminded of instruction-based games like Dance Dance Revolution and typing games, which lead to a natural connection to chain codes in vector drawings. After switching back and forth between project ideas that only frustrated me, I settled on my final idea: a DDR-inspired drawing game.

As I developed the prototype, I became excited about unexpected conditions that the DDR system enforced. The importance of timing in rhythm games translated to the importance of proportions and length with contour drawing. The sequential nature of the instruction prompts forces mistakes to stack–one missed draw/stop prompt can invert the drawn lines and the travel lines for the rest of the level. Additionally, I chose to implement diagonal movement as hitting two arrows at the same time. If these two arrows are not hit simultaneously, the cursor will travel in the direction of the last arrow hit instead of the resulting diagonal. 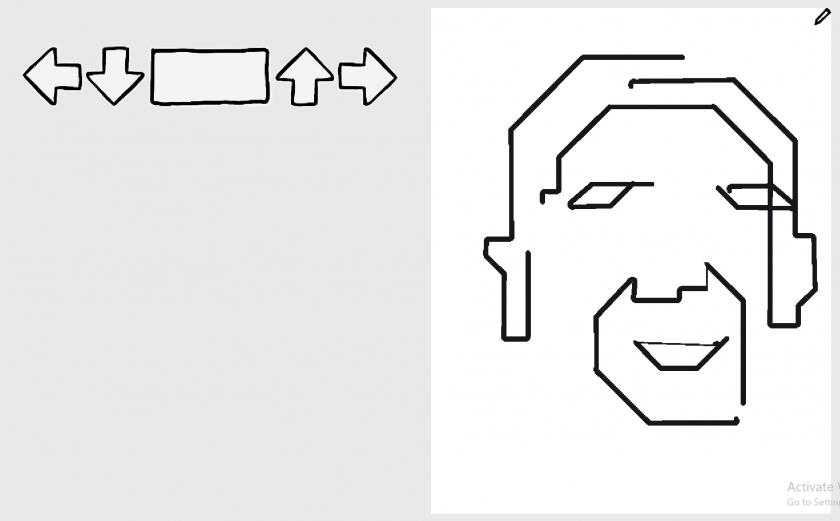 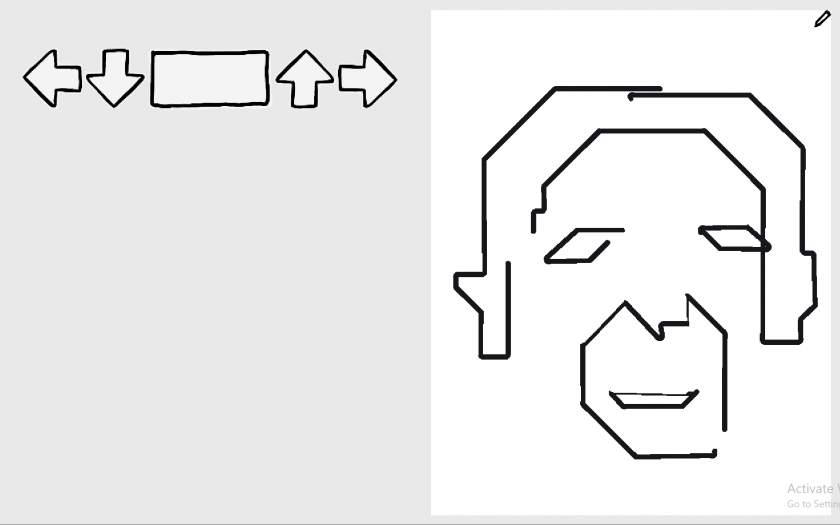 These gameplay conditions that arise from just a rough reimplementation of DDR mechanics are already exciting, so I hope to expand this project either as a personal undertaking or as a capstone in the future. I hope to open this idea to sharing, collaboration and multiplayer play. My primary goal would be to create an interactive level-builder tool in order to allow people to create their own drawing sequences and share them. I also hope to explore paint-fill combo mechanics and utilizing non-Cartesian mappings.