I plan to further develop my DDR-inspired drawing game for the final project. In particular, I hope to clean up the prototype’s mechanics and incorporate a Photoshop-like interface for creating playable custom “step-charts”. If I have time, I also hope to prototype additional ideas that I have planned, such as paint fill combos, curved lines, or a polar coordinate system. At the exhibition, I will display the game and allow visitors to create their own “step-charts” or play others’.

Part of my proposed final project involves cleaning up my prototype. This can be broken down into 1) exploring better line renderer options, 2) discretizing the drawing to a grid in to promote usability and playability, and 3) revamping the internal representations and structures to better promote custom levels. A stretch goal is improving the GUI visuals.

The core of my final project will be the level creation tool. This tool will directly reference popular image editors such as Photoshop. The minimal implementation for this would simply be drawing lines between points on the grid and transforming these lines to a “step-chart” for the game. However, I hope to include additional functionality such as a draw speed parameter that determines the minimum length of a line that can be drawn in the tool. Another nice feature would be viewing the game sequence on the side, either as a playback or as a snapshot if the user traces the line with their cursor. The inclusion of this level creator also necessitates creating a navigable menu, preserving created levels, and supplying an interface to select levels.

Lastly, as a far stretch goal, I hope to explore some mechanics I have in mind. The most developed of these would be a paint fill combo mechanic. If the player successfully follows a sequence of colored arrows, the enclosed shape formed by the line drawn by those arrows will be filled with the color of the arrows. Another possibility is creating a polar coordinate game mode.

Here are some sketches: 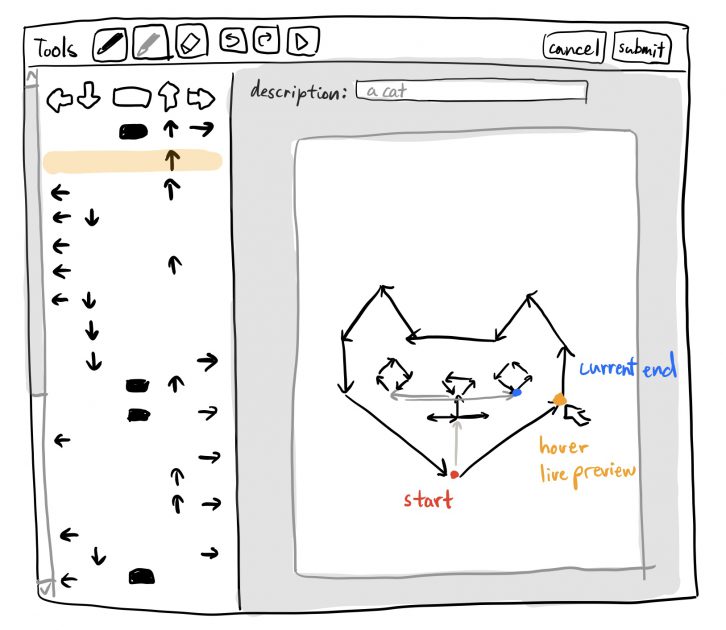 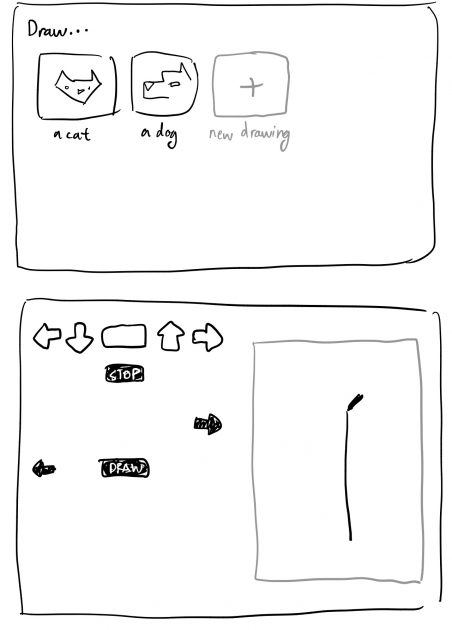