It's November -- and in the spirit of NaNoGenMo -- we examine some generative/generated books. It is worth noting that for some generative books, each printed copy is unique. For others, this is not so. We here consider a variety of examples in which artists and poets have employed computational techniques to generate texts, images, and combinations of text and image.

Some Examples of Generated Books

Some of the examples below of computer-generated books are from Nick Montfort's helpful Bibliography of Computer-Generated Books and Allison Parrish's Inspiration list.

An early concept for a set of generative books can be found in Jorge-Luis Borges' short story, The Library of Babel, in which a near-infinite set of chambers contains all possible books of a certain length, such that:

"There are five shelves for each of the hexagon's walls; each shelf contains thirty-five books of uniform format; each book is of four hundred and ten pages; each page, of forty lines, each line, of some eighty letters".

Because the Library of Babel contains all possible books, one of those books contains the true story of your life, while another book contains a refutation of that book. Naturally, most of the books contain gibberish. 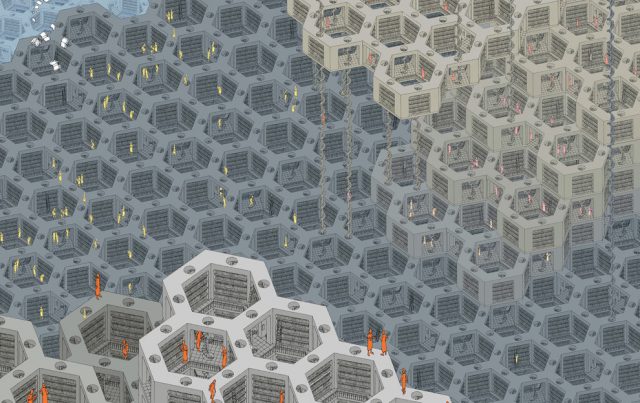 Christian Bök's computer-generated The Plaster Cramp is a legit manifestation of one of the books from The Library of Babel. 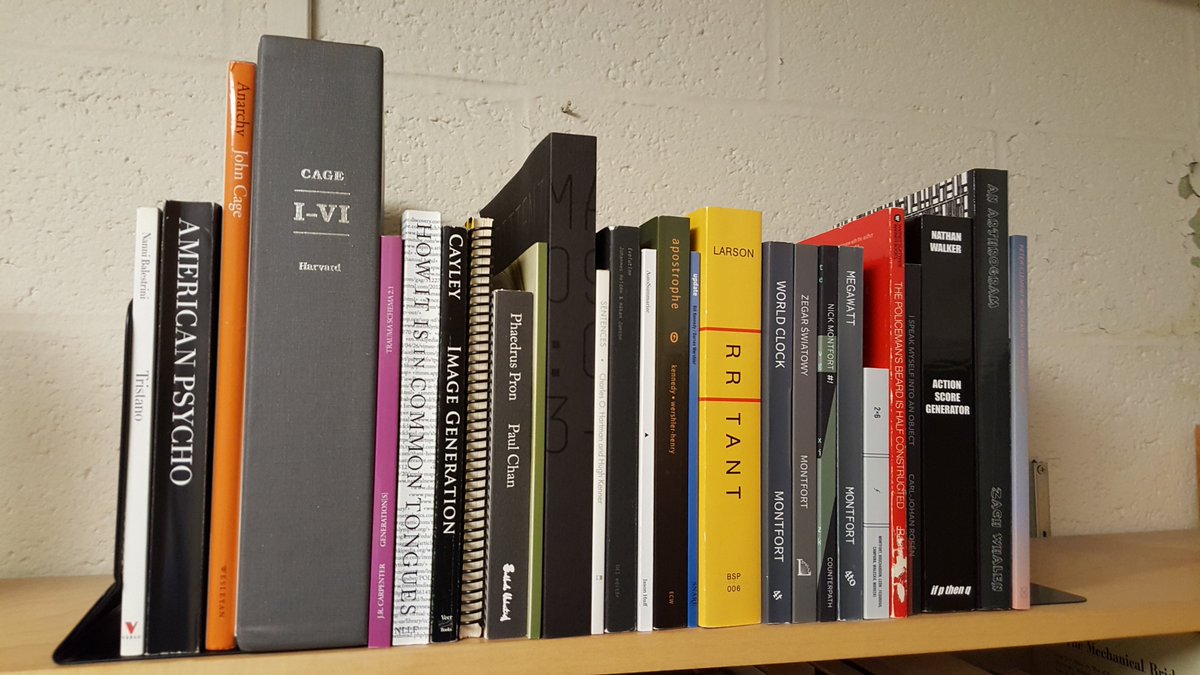 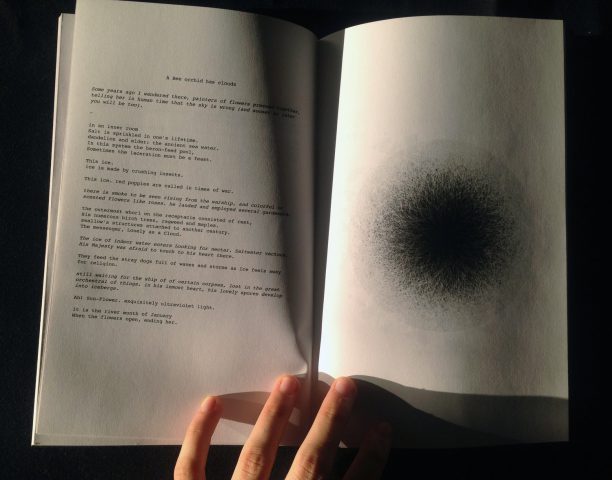 Another generated book authored by Everest Pipkin is "No People" (alternate link), a kind of travelogue. To produce this book, Pipkin selected random locations in Google Streetview; extracted images of these locations; ran these images through the Clarifai image recognition service, to obtain descriptive keywords; expanded this set of words using Wordnik and Wordnet; and retrieved a sentence fragment relevant to these keywords from Project Gutenberg. This fragment was then used as the "caption" for the original image. Each page contains a captioned image.

"Working On My Novel" by Cory Arcangel is compiled from a computationally-extracted collection of tweets.

One Second by Philipp Adrian is a record of all of the tweets published by 5522 different persons during a single second in 2012. The tweets are presented in four printed volumes that organize them according to different schemas.

"Encomials from Pentametron" by Ranjit Bhatnagar is likewise derived from tweets. Its software, @Pentametron, one of the finest Twitter bots of all times, identifies and reposts rhyming couplets from the global ocean of tweets. 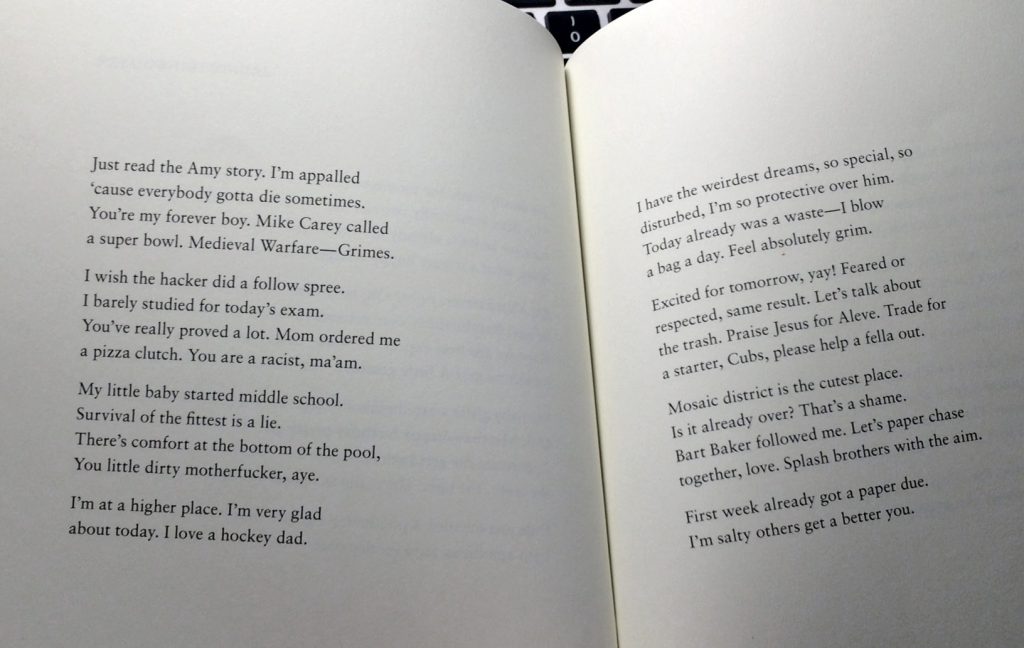 "Death Death Death" by Rob Seward is generated from a word-association database.

Martin Fuchs and Peter Bichsel's Written Images (2011) is a computer-generated book in which the 72 authors each contributed software for their (meta) page. Fuchs and Bichsel then automated these programs in order to generate 200 utterly unique copies of the book. No two prints of a contributor's page appear the same.

Matthias Dorfelt (Moka) has created I Follow, a program to generate flipbooks. He writes:

"I Follow is an ongoing series of computer generated flip books for people that I want to keep in touch with. Each book shows a creature chasing a balloon through a landscape, calling for it. I choose a balloon color and a call noise based on the person that will receive each book. The creature, landscape and animation are randomly generated, but imitate my hand drawn marks. This sense of human gesture is amplified by transferring the animation back into the printed form of the flip book."

Our scope at the moment is the printed word, but some printed words (screenplays and scripts) can also be read and performed aloud. Generative techniques are now being used to create screenplays, such as Oscar Sharp & Ross Goodwin's "Sunspring", below, "a movie scripted entirely by a computer":

Some books made by previous 60-212 Students

Jacqui Fashimpaur, then a first-year student, created this book of generated songs. Her software generated the music, the lyrics, and the layout.

Claire Hentschker, a senior, created the book "so sorry" (video), which, she writes,

"compiles all of the emails I sent from 2011-2016 in which the word 'sorry' appears at least once, in reverse chronological order. There were 214 emails that met this criterion, from two different Gmail accounts of mine. Each page of this book contains a redacted version of one of these emails, in which only the sentence that contains the apology is left visible, without its context. Each page also includes the time and date each email was sent. After I included an email in the book, I permanently deleted it from my email account."