This is an update on my CFA AR Bathhouse.

Since last time, I added a small pool into the bath house and a trigger to open doors. It doesn’t seem like a lot, but working with shaders was very difficult and I plan to turn this into my final project since I think that I can do much more with this.

First up are my tech sketches. 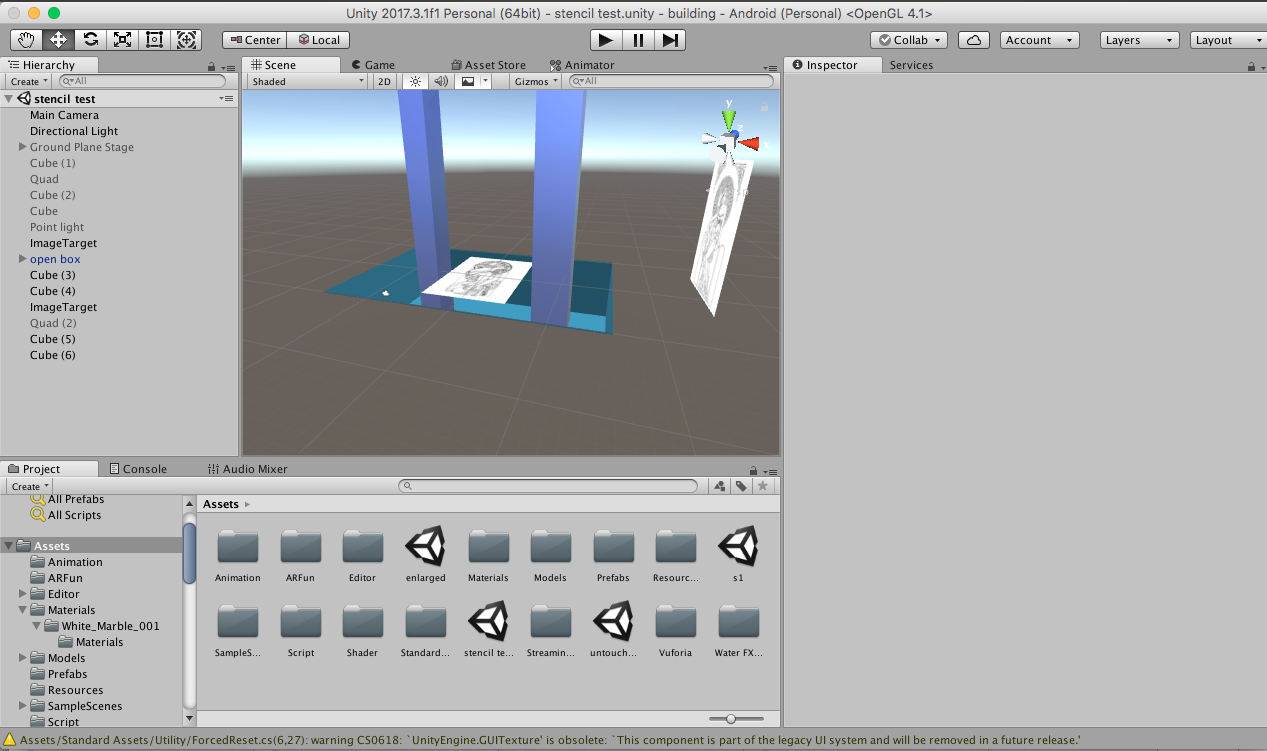 In another scene, I imported a prefab from this website to get an idea of what to do, and from some video tutorials I created my own hole in the floor. I then experimented with inserting long prisms into the hole and I know how to implement it, but I need more time to understand shaders. I also tried to use multiple image targets since even with extended tracking, there’s some uncertainty. I realized that I would have to get a tape measure and map the distance between the multiple image targets and place them accordingly in Unity. I also noticed that the Main Camera object works leagues better than the AR camera for image tracking for some reason. This discovery made my project look nicer and more flushed.

Next is what I have: 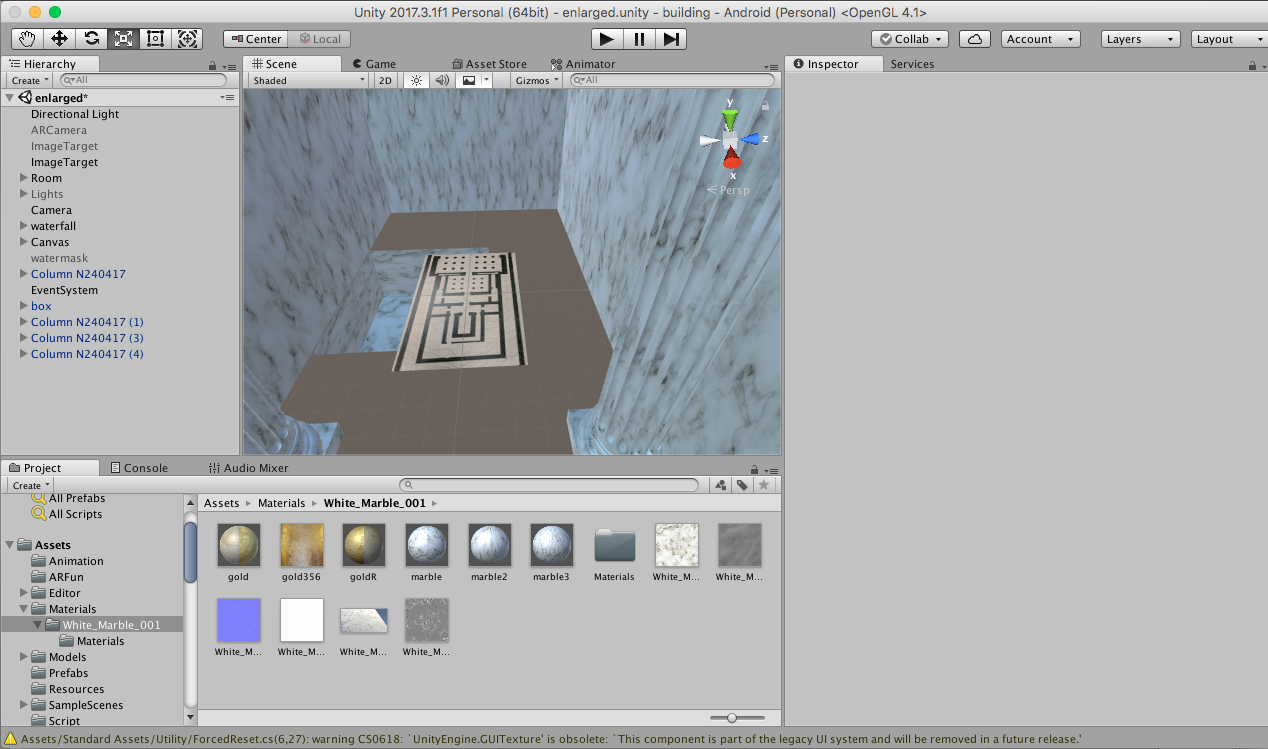 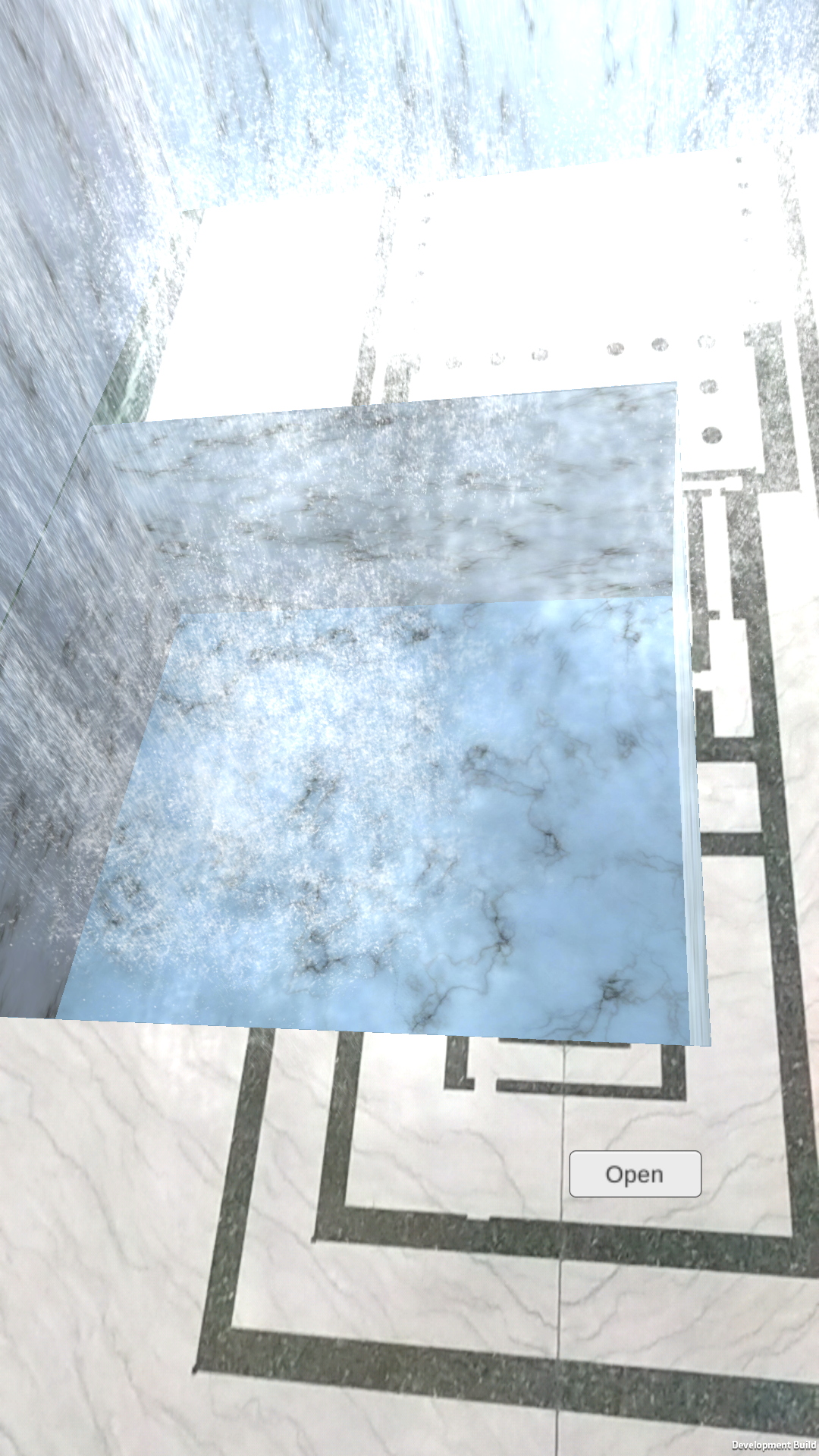 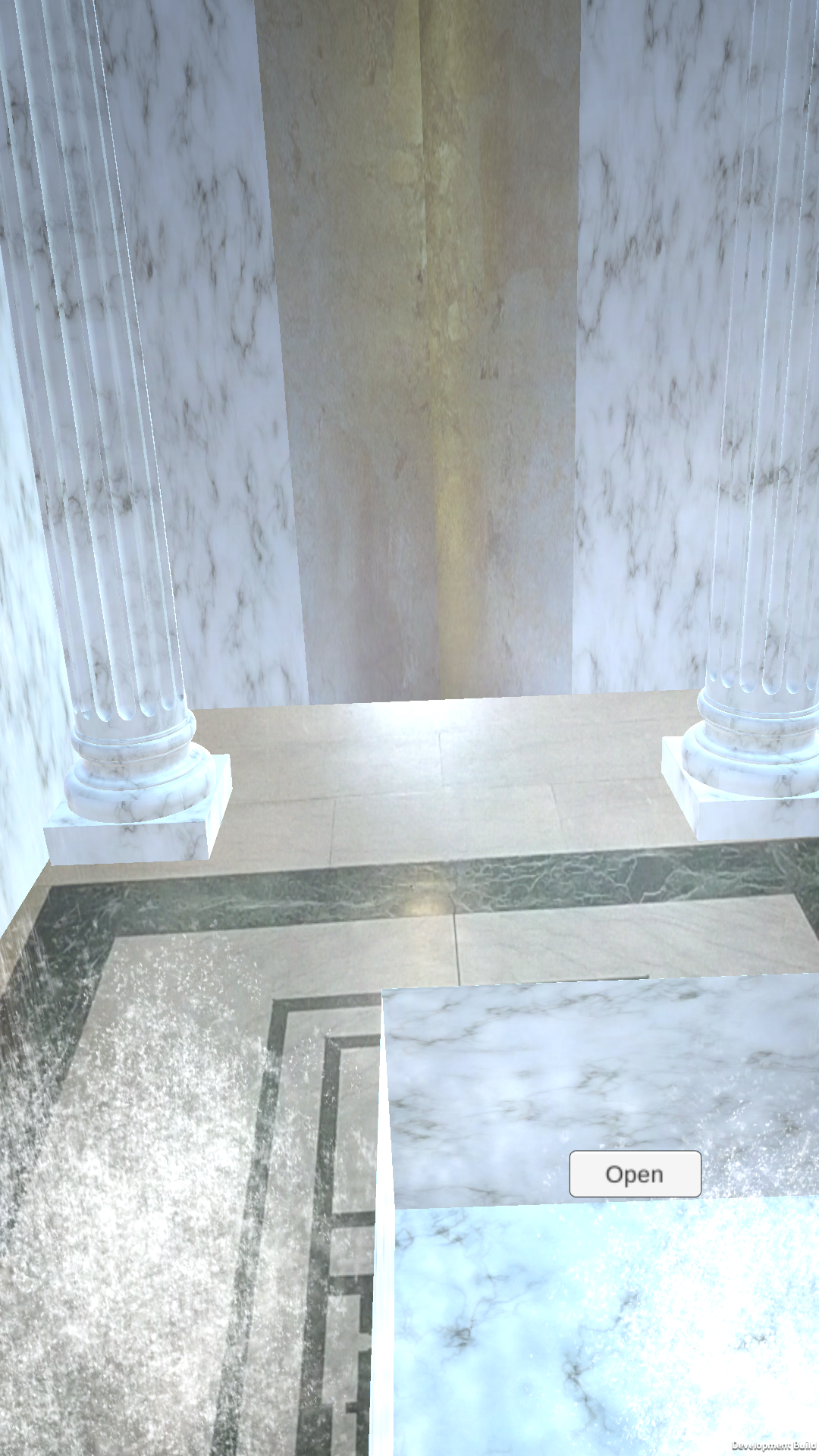 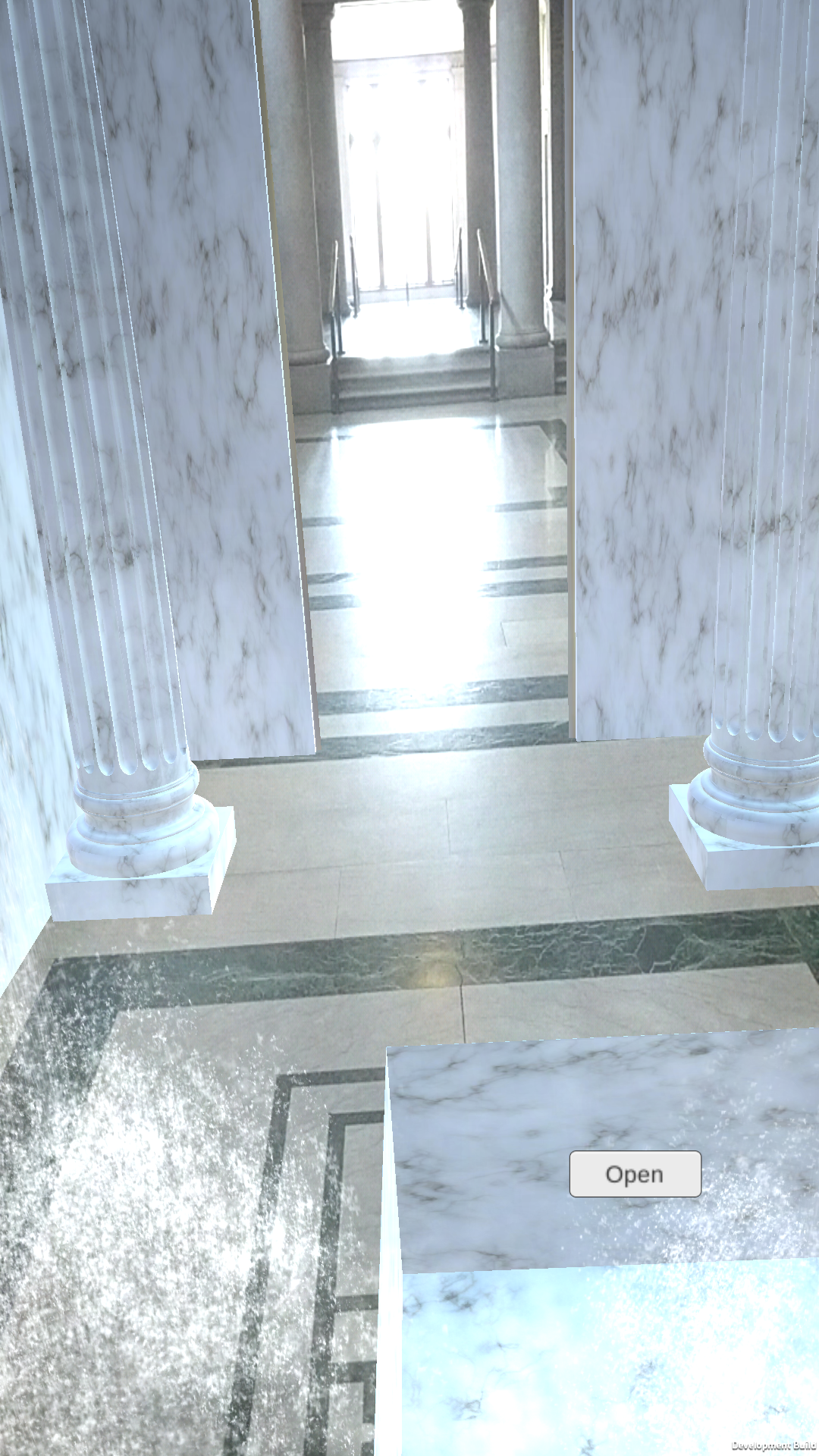 (I later realized that in this video, extended image tracking isn’t turned on here, whoops)