Once upon a time Ackso and I went to a Landfill. 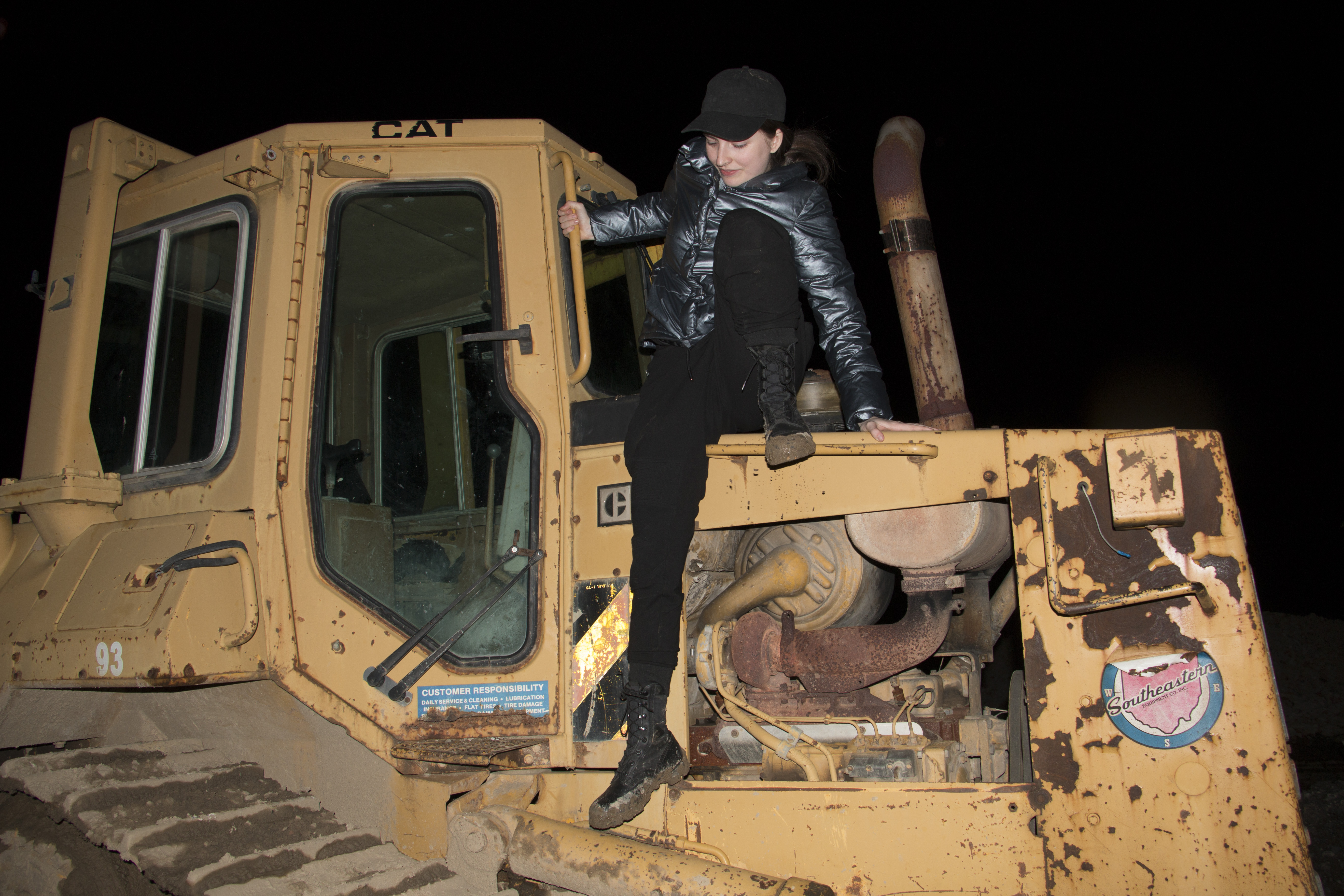 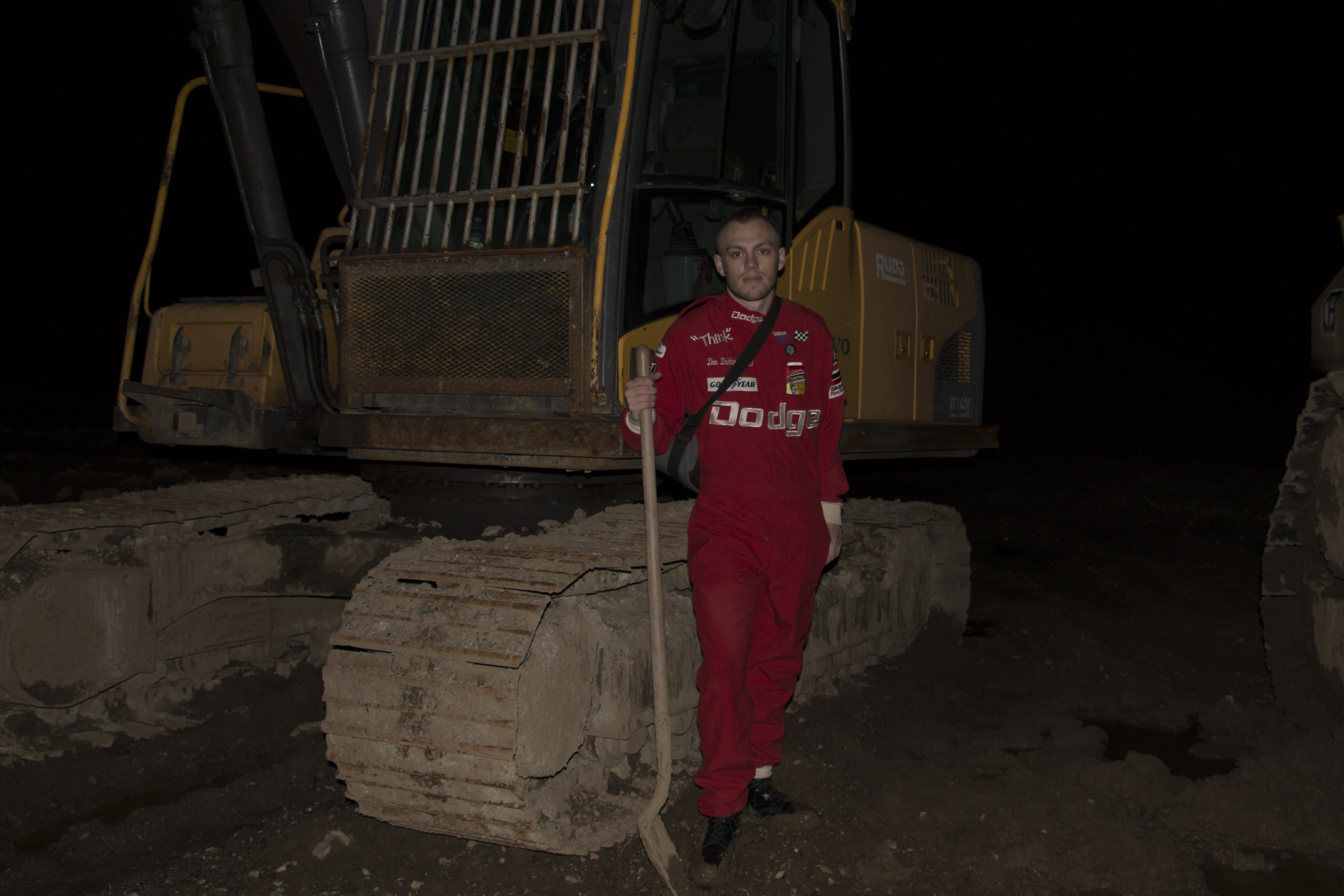 But that landfill only had building waste and was also easy to break into! 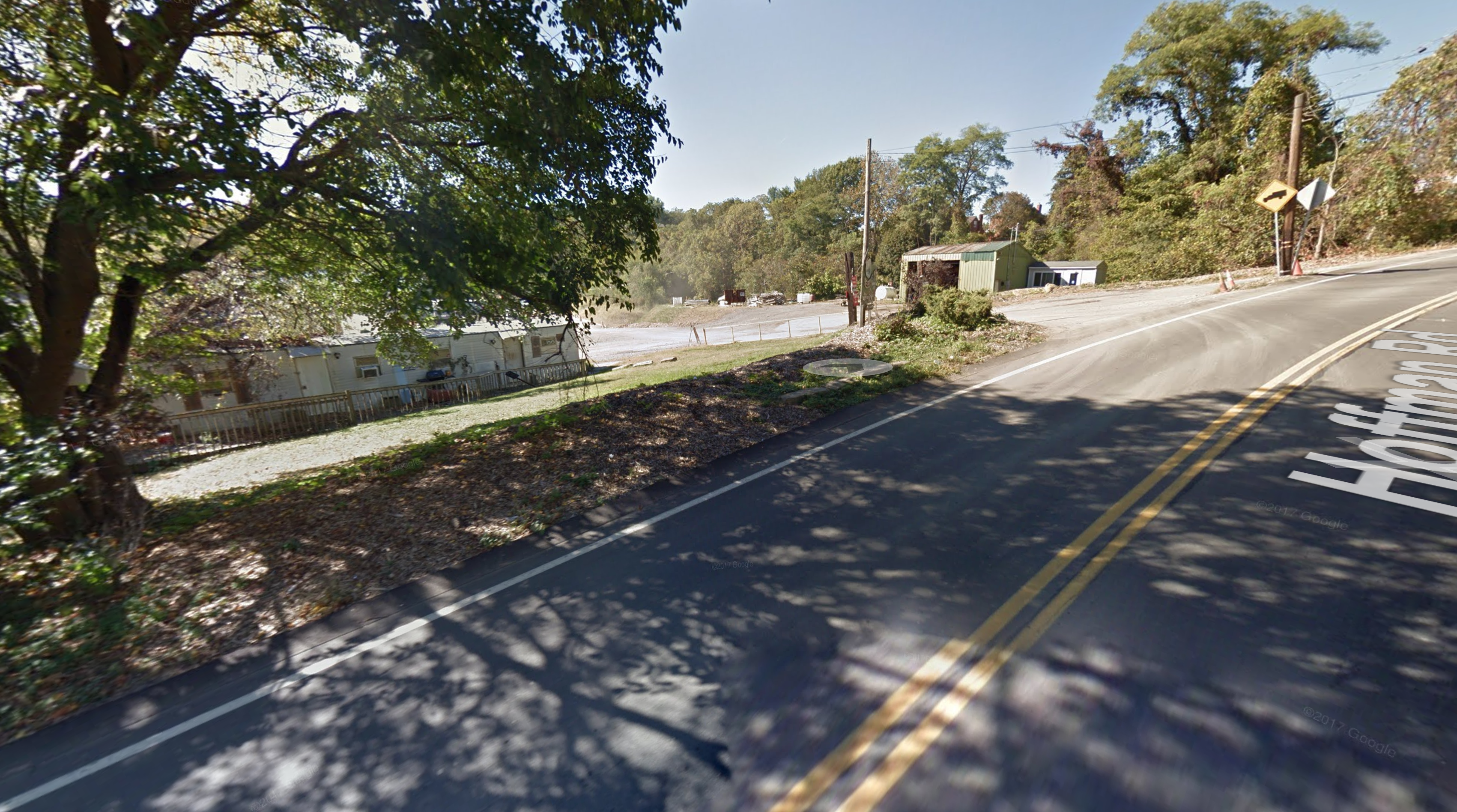 So we decided to take on the big fish – the Waste Management Landill in Monroville – where all of Pittsburgh and the surrounding area dumps its trash. 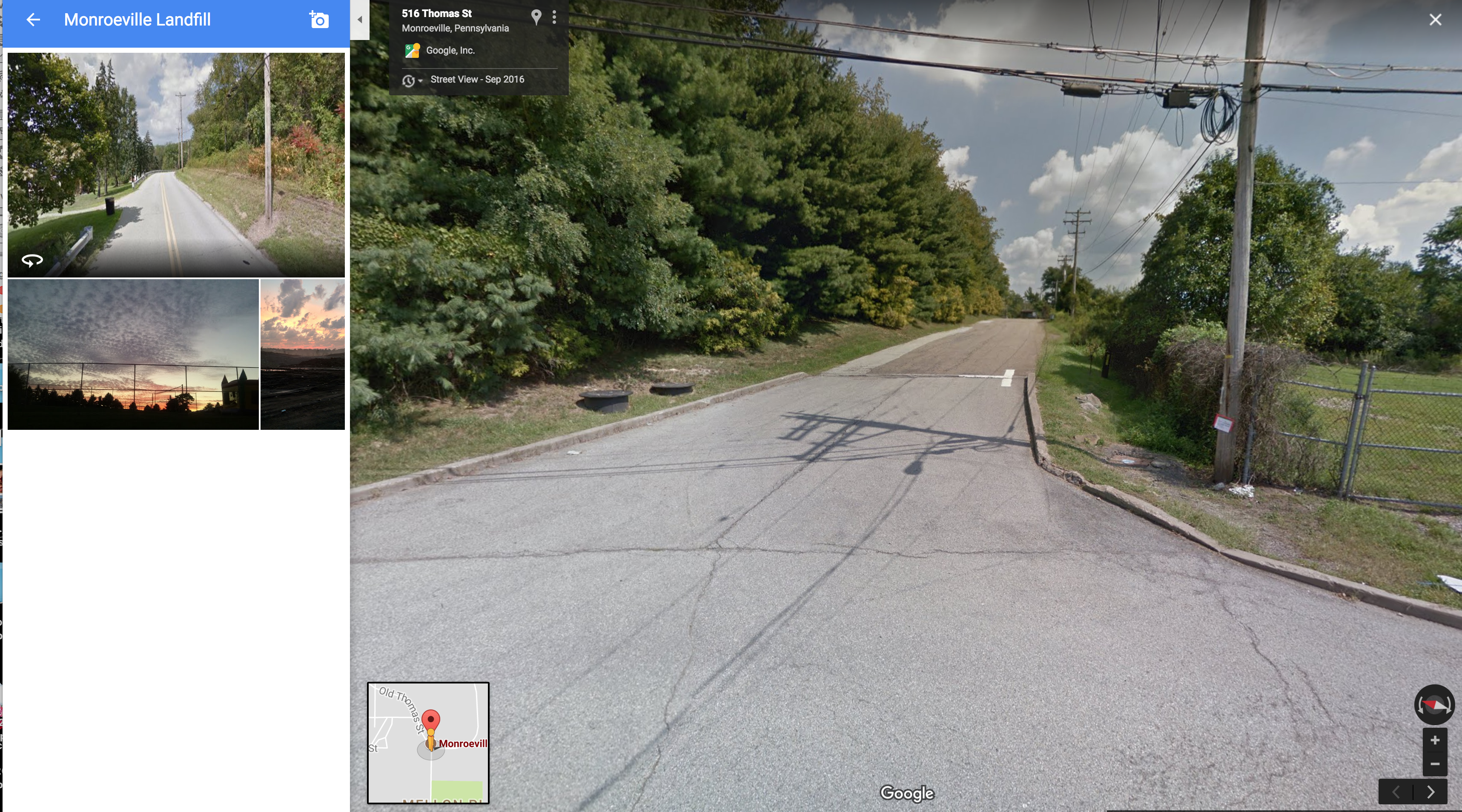 This is the entrance. If you can’t tell ( which we couldn’t) the entire property is surrounded by barbed wire fences. 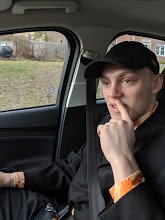 At first we decided to flank them. With 360 video camera’s strapped to our heads we bushwhacked through the forest. We only had an hour before sunset because we needed to sneak in unnoticed and WML closes at 4.

But as I said before the entire property was surrounded by 9 ft barbed wire so how were we supposed to get in without wire cutters or a shovel? I suggested to just go through the front gate which was sketchy and people were still working. So thats what we did.

It was much easier than anticipated. 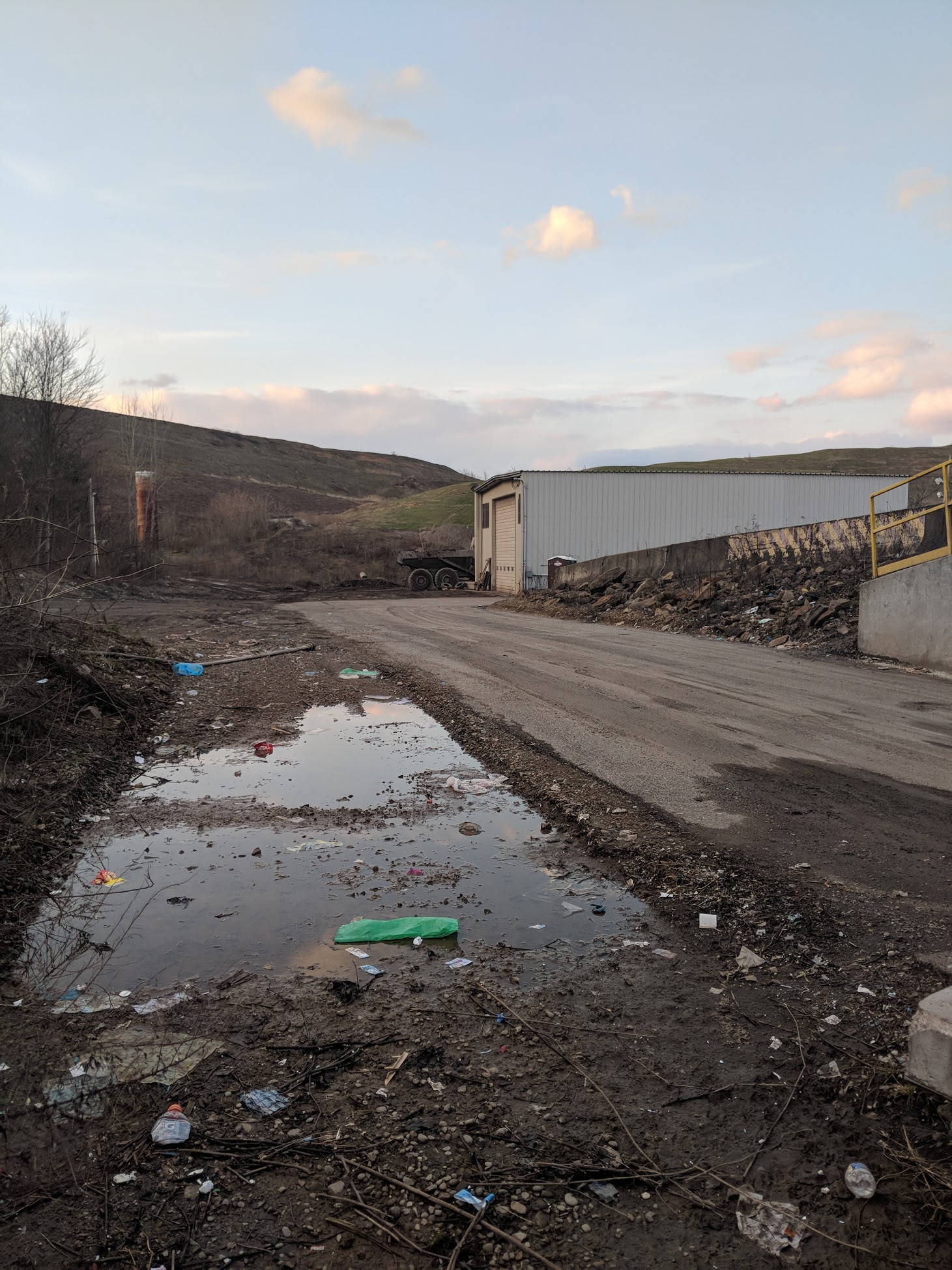 The property had several mountains of covered trash. We ran up to the top just in time to catch the sunset in search of our beloved waste. 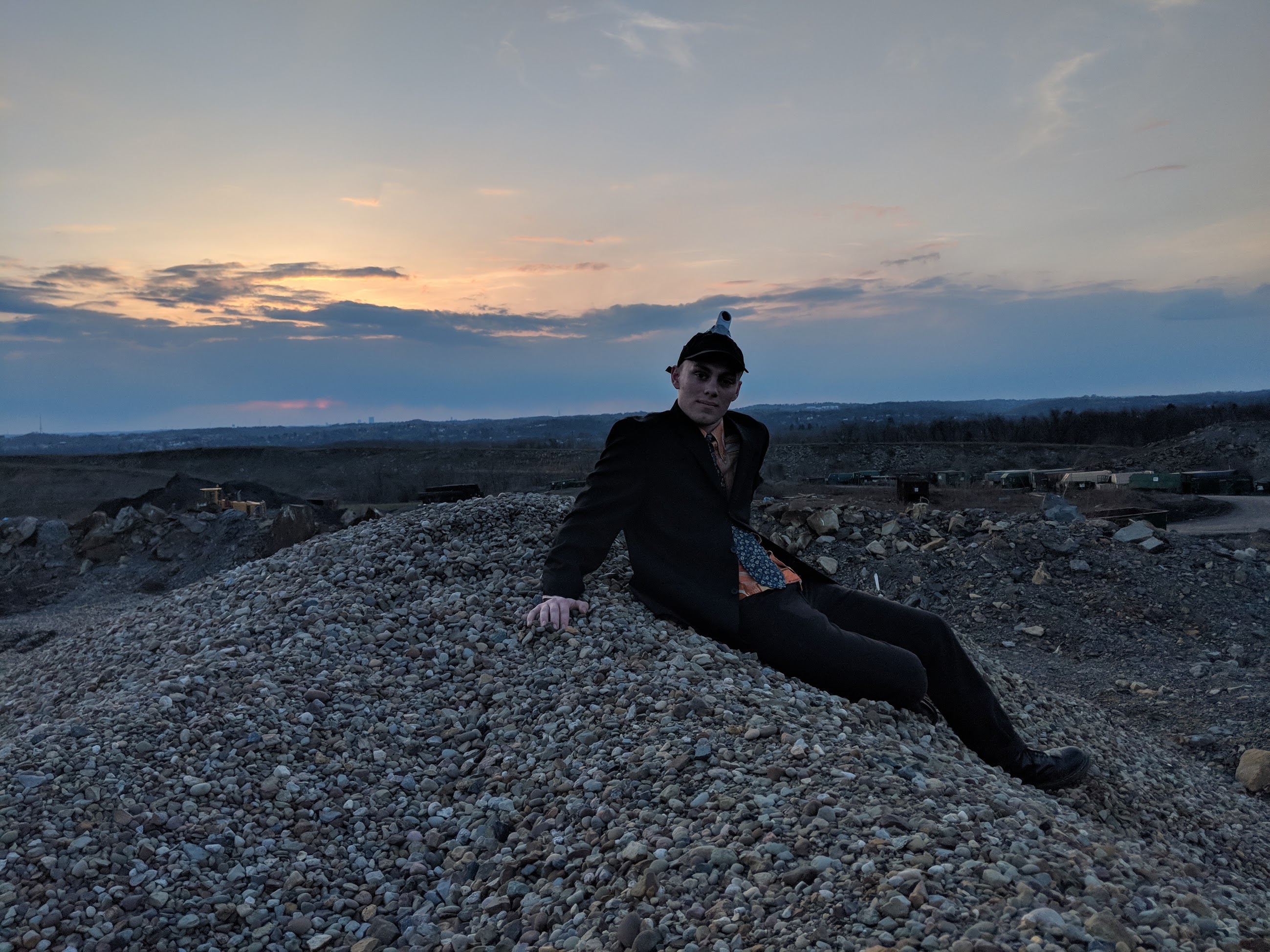 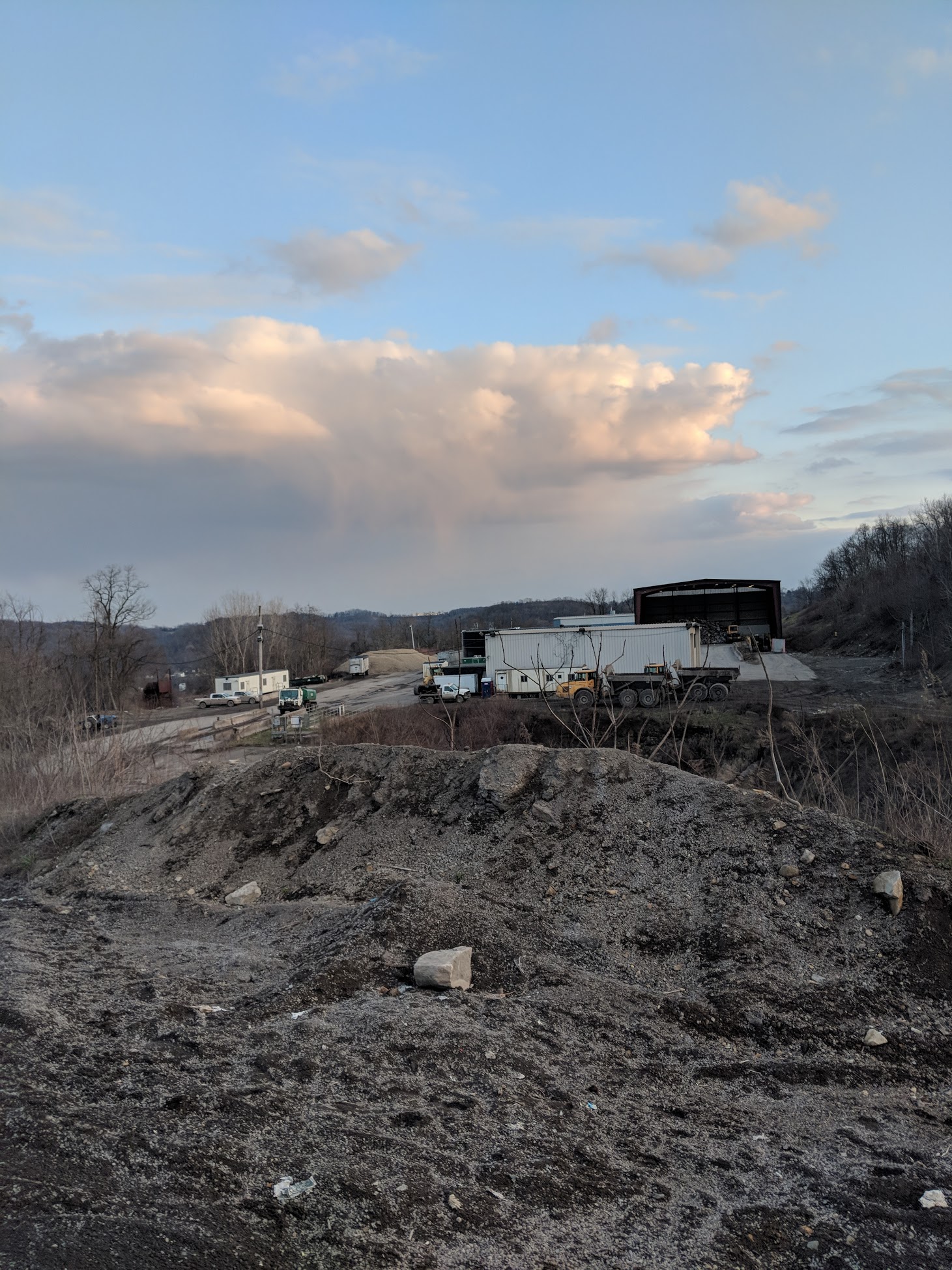 Over every hill top we thought we would find this sea of trash but the only trash we could find was in this covered room. 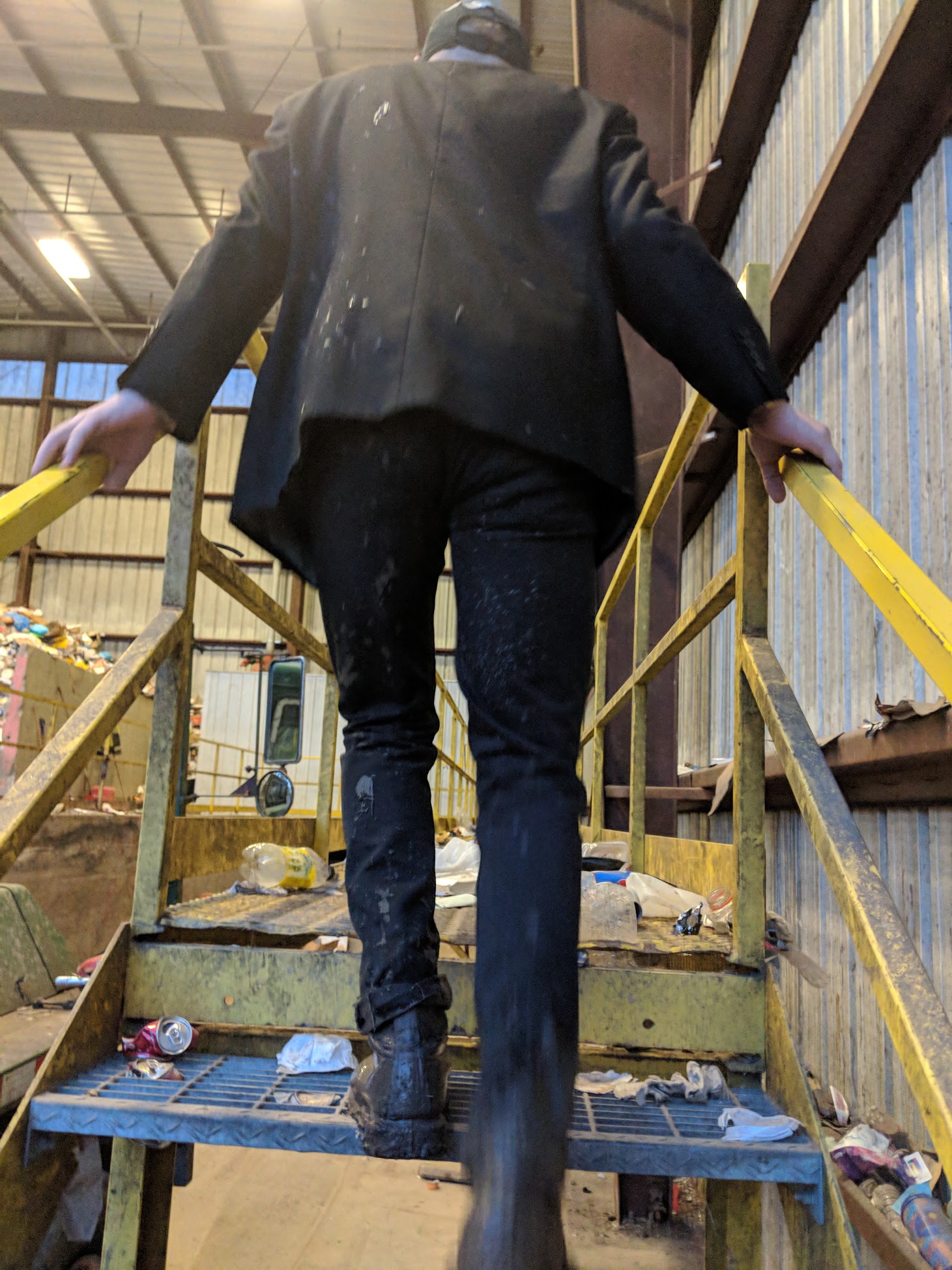 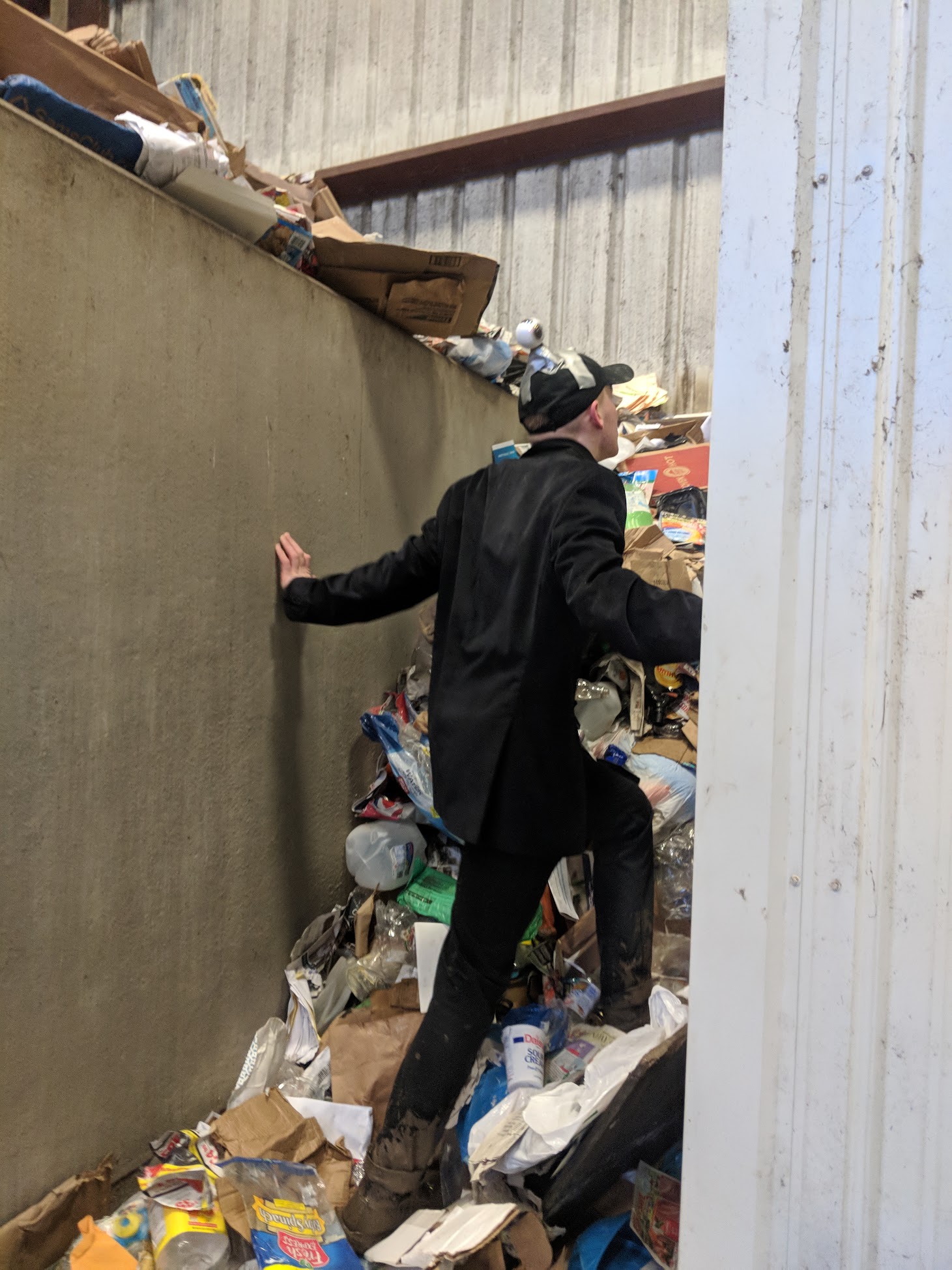 Jackson climbed the pile because we forgot gloves . 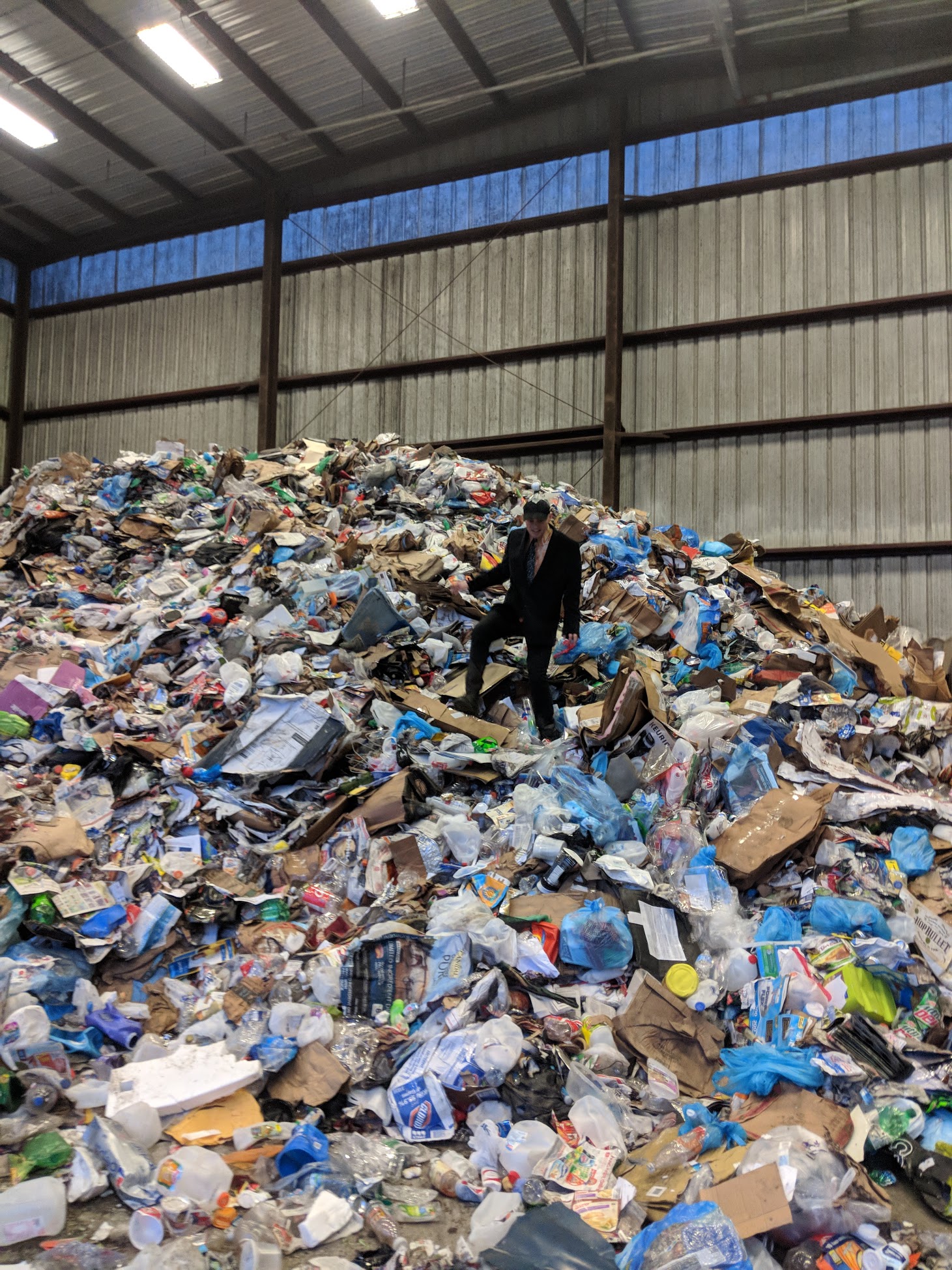 He is smiling from ear to ear in this and in conversation with 2 cats and several raccoons.

We finally found our trash.

Super unfortunately for us though both 360 cameras missed him climbing the pile.

Our entire project was dependent on that footage so we will be going back on Saturday. We love committing crimes so this will be another touch with almost being arrested.