Our project is a model/sculpture of a frog that resides in a well, loosely based off of the imagery from an old Chinese folktale -> http://www.taiwandc.org/folk-fro.htm

I worked on it with the amazing miyehn! Thank you miyehn for working with me :))

Although in the documentation it is using a random piece of art as an image target, it was our intention to use actual manhole covers as image targets, thus making our “site” any manhole, which would then become an interactive well. You can interact with the well by shaking your phone, and items will drop into the well. 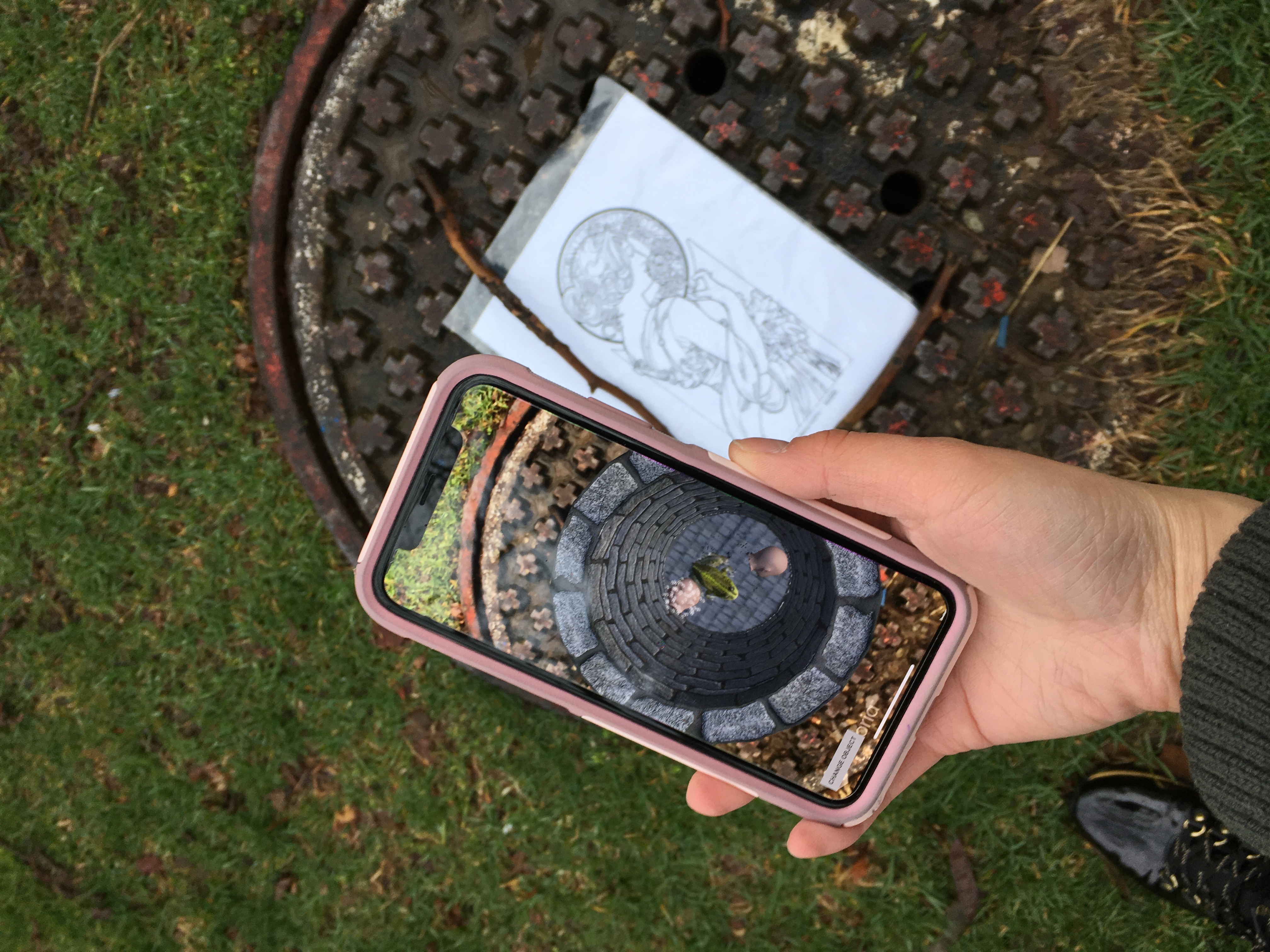 Here is it in video form:

Testing dropping objects into a hole, making new prefabs with script. These babies don’t have the shader that applies the “hole effect.”

testing with webcam, but using input from my phone’s accelerator. 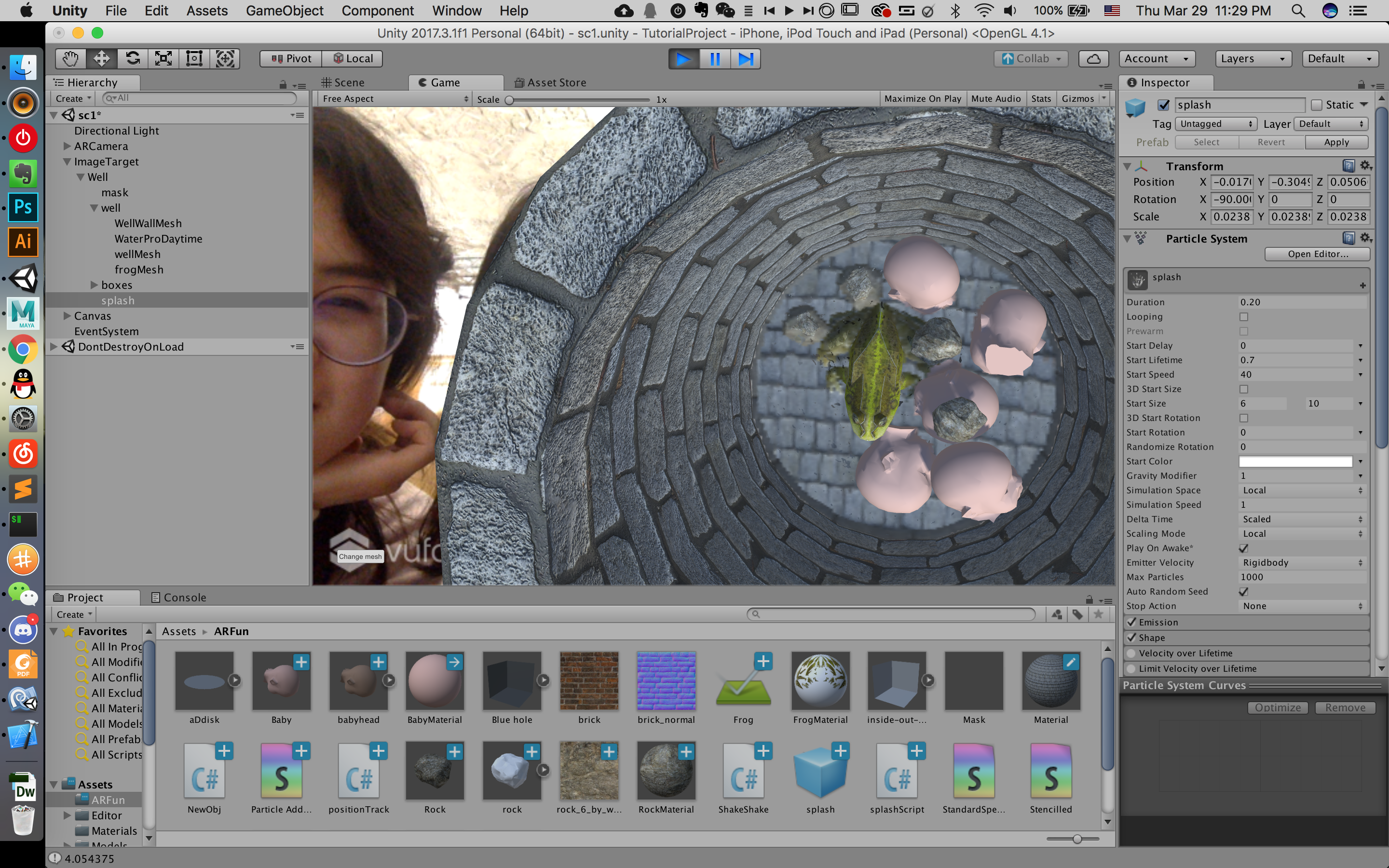 Miyehn and I learned a ton about using Unity in general through this project! I think we feel much more familiar with using and attaching scripts in Unity, such as for making new instances of prefabs with randomized transforms, depth masking/shaders, particle systems, etc. We also learned how to test projects with phone input by connecting a device and selecting it in the editor view! It’s so useful! Overall I’m really amazed that Unity made this possible in a short period of time for a beginner like me, so I’m super excited to tackle harder and more rewarding projects in Unity (hopefully!).