To come up with a concept was rather difficult, because I was thinking of how to best utilize the concept of endless time.  I then thought of the ideas of the nihilists, who believe there is no inherent meaning in anything.  That reality will continue on, complicated, writhing, and going and going.  Existence is ephemeral and imperfect; it comes up again and again, in a dogged loop.  Any kind of observer or life in reality is made from the infinitesimal pieces of the formless reality itself, the small white pieces coming from the noise.  Through a mixture of patterns and randomness, the pieces come together to form something of meaning, in this case the face of an observer.

I like the concept I finally went with.  However, I had originally wanted the contours to be more “worm-like,” to further suggest the materialistic, basic nature of life.  This caused problems when order was supposed to be achieved, so for the sake of simplicity, I allowed that idea to go.  I used the HannWindow function because it had a “bump” in the middle.  I used it to float the “writhing worms” to the center and then back to the periphery with a kind of easing in and easing out.

Here are some sketches of my thoughts during conceptualization: 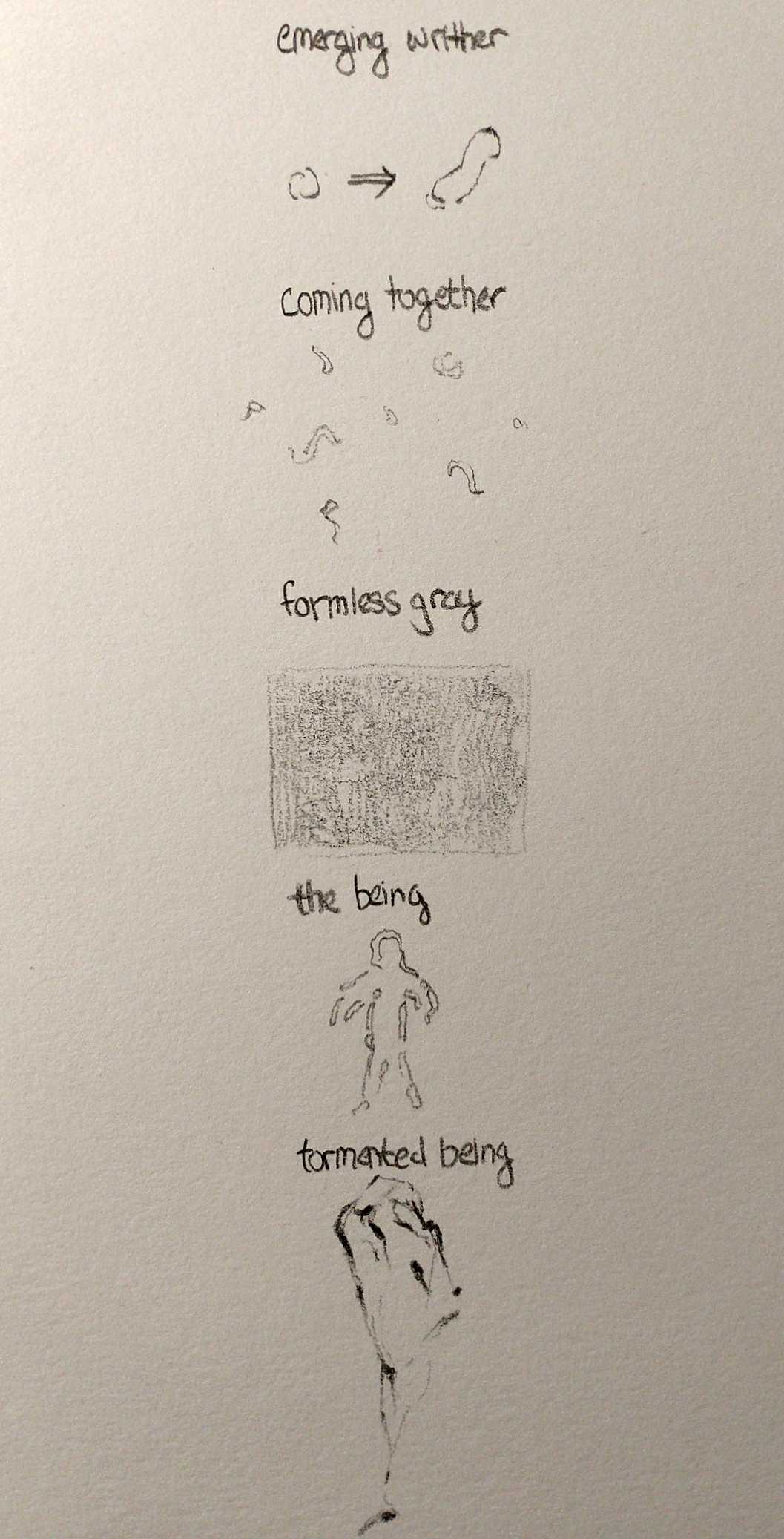