For our final project, dechoes and I decided to continue with our last AR Project. The last project involved telling a story through the curation of the scene and having the AR be different peoples’ interpretation of the setting. This was more of a demo for a potential interactive piece where people can input their own perspective onto a curated scene.

We have been playing with the idea of seeing what is on screen vs. what we want people to notice that’s not visible on screen. The AR is supposed to reveal and highlight different moments within a curated scene in a specific situation. We are using screenshots from a short film as our image target to reveal new visuals. The different kinds of AR are triggered through the different compositions that naturally occur when a variety of items are juxtaposed together in a scene. 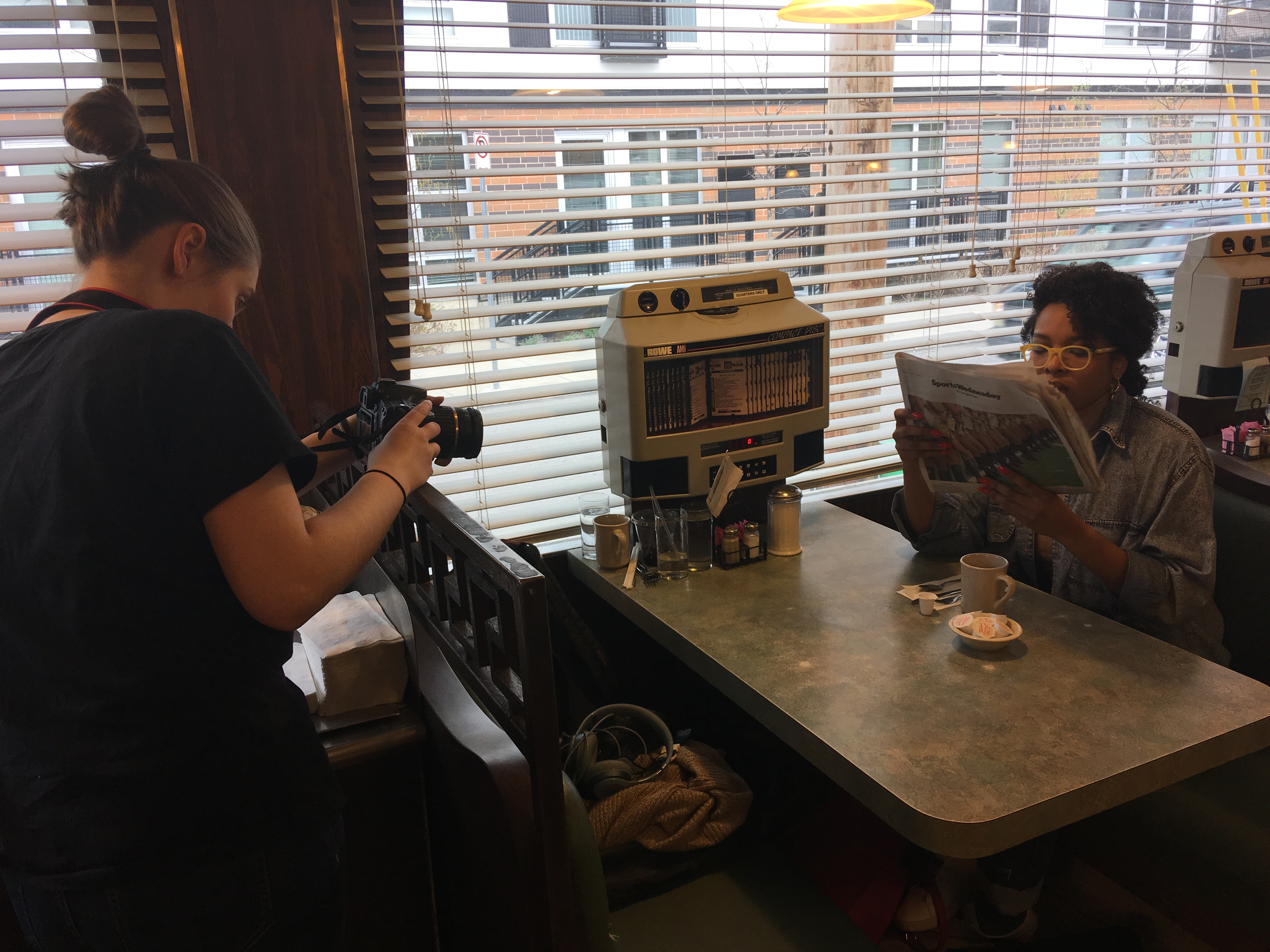 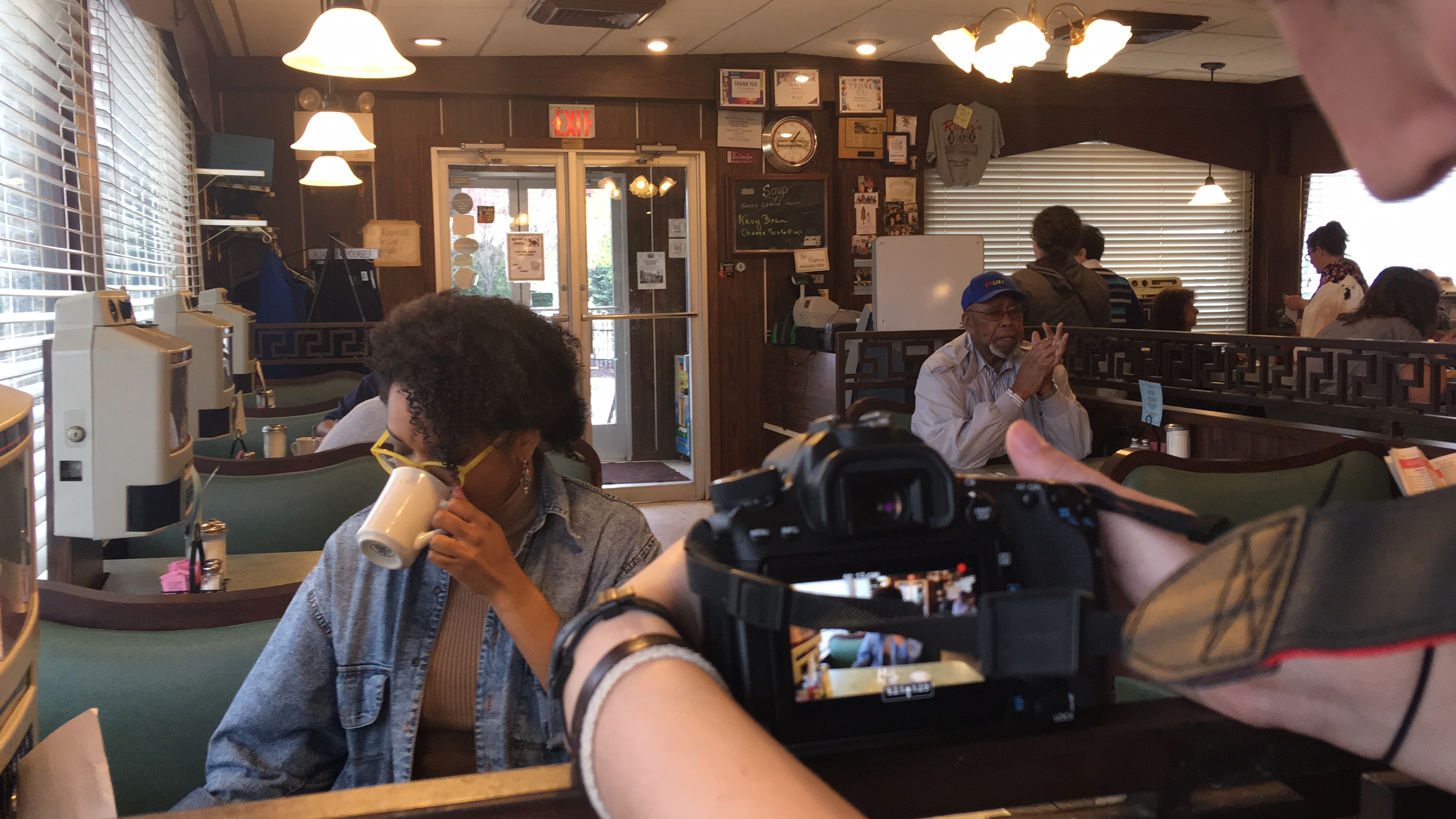 The first part of the project involved filming the actual scene and documenting a moment. Our scene takes place at a diner. The character is doing her usual morning routine and is there for a nice coffee. The AR represents and enhances different parts of the mundane ritual. Dechoes and I talked a lot about why we were using specific animations for each moment.

We wanted to find a way to integrate the AR to the different scenes instead of just pasting something random on top of an existing scene. The image targets are extremely specific moments that trigger the AR to appear on the screen. There were definitely some technical hurdles that we had to figure out. We played and experimented with a lot of different animation and effects on Unity but had trouble with them when we were building the app.