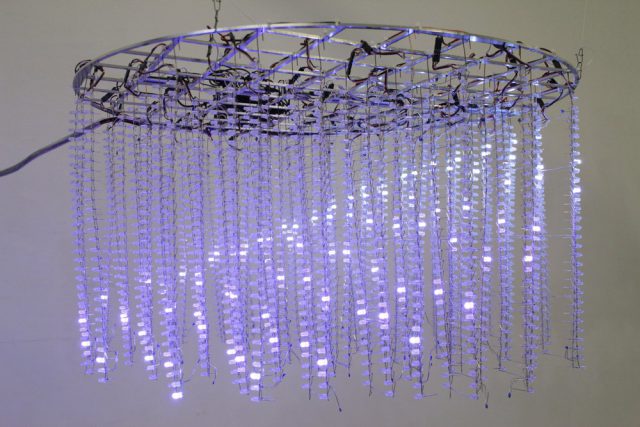 The best part of David Bowen’s Water Surface, which you can read more about here, in my opinion, is the pairing of images of the buoys from which he’s getting his data and the pictures of his gallery installation. I think it’s specifically in the contrast between the bulky, weather-worn measuring equipment and Bowen’s light and rather elegant piece and in how that contrast conflicts with the immediate similarity, in movement, of the two objects, that the richness of Water Surface comes through.

Judging based on Bowen’s other work, I think he probably tapped into some existing software to pull off this project, including gathering data from the ocean buoys, which Bowen probably had help getting from a meteorological lab.

I think Bowen’s work is like sculpture that falls back on natural world to determine its form and level of energy, a bit like Andy Goldsworthy and, I would argue, the Happenings of the 60’s. Bowen seems like he has an interest in latent violence, like the ocean has, carrying him forward in his work.