I think the idea of a robot that gradually builds itself is an extremely interesting! Not only was the fiberbot able to construct itself over time, it was also creating very organic shapes that one would probably find in nature, despite the fact that itself was a pertly mechanic object. The bot is placed in to the nature (on a outdoor grass field, completely exposed to the outside environment) instead of being displayed in a museum/lab setting which I see as an artistic choice. It defiantly adds to the conversation happening between the artificial an the natural, which is what really caught my eyes. Moreover, I think this piece really stands out from the other ones that I have looked at so far because it can be almost seen as a performance work that last over a few days. It is not only the final structural form that was the art work but more so the slow process of continuous self-construction in the field. 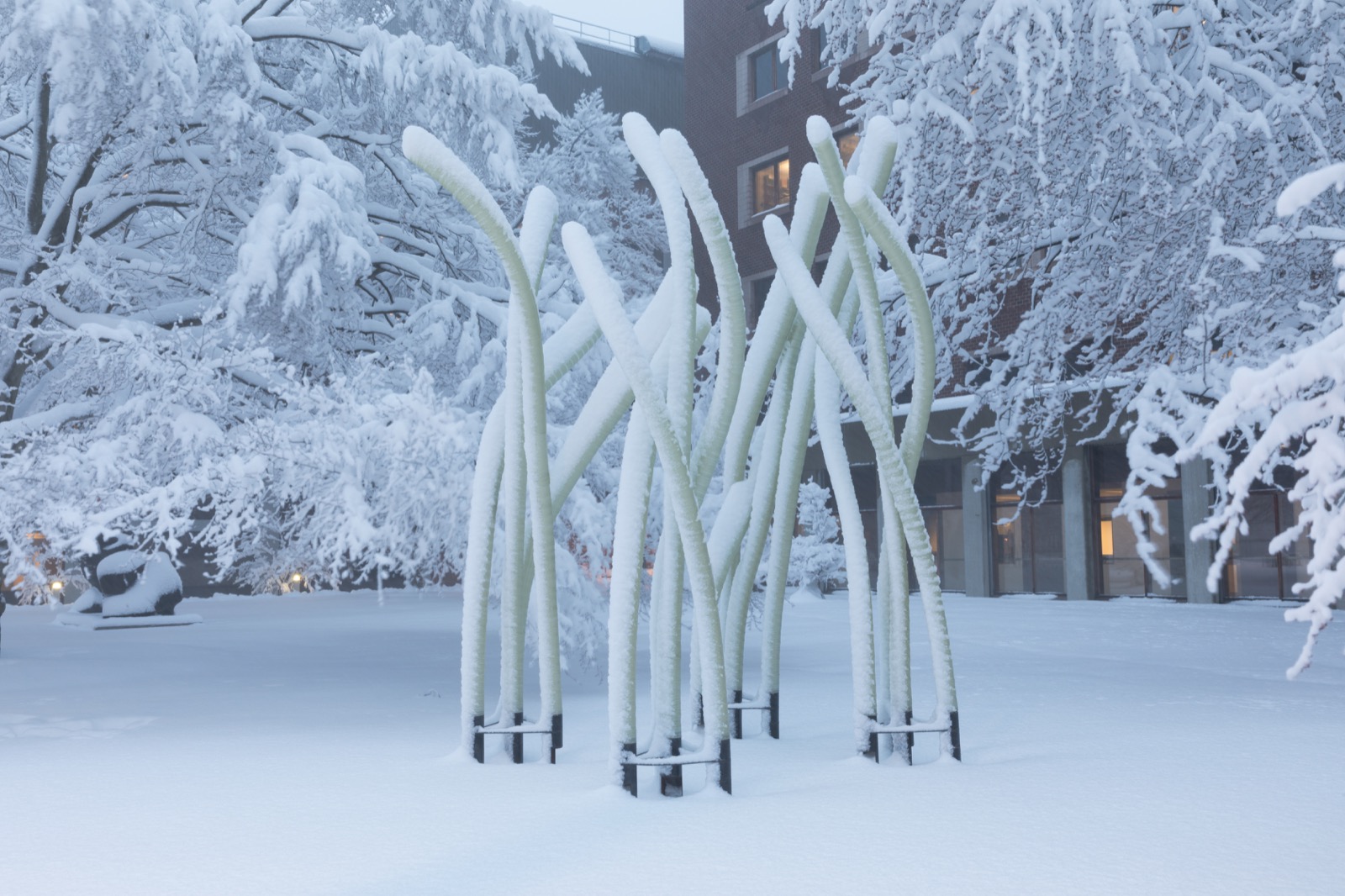