Have a new gallery opening? Figuring our where to hang family photos? Now you can do all the planning on your phone! Introducing the Studio for Creative Inquiry’s Exhibit Planner. 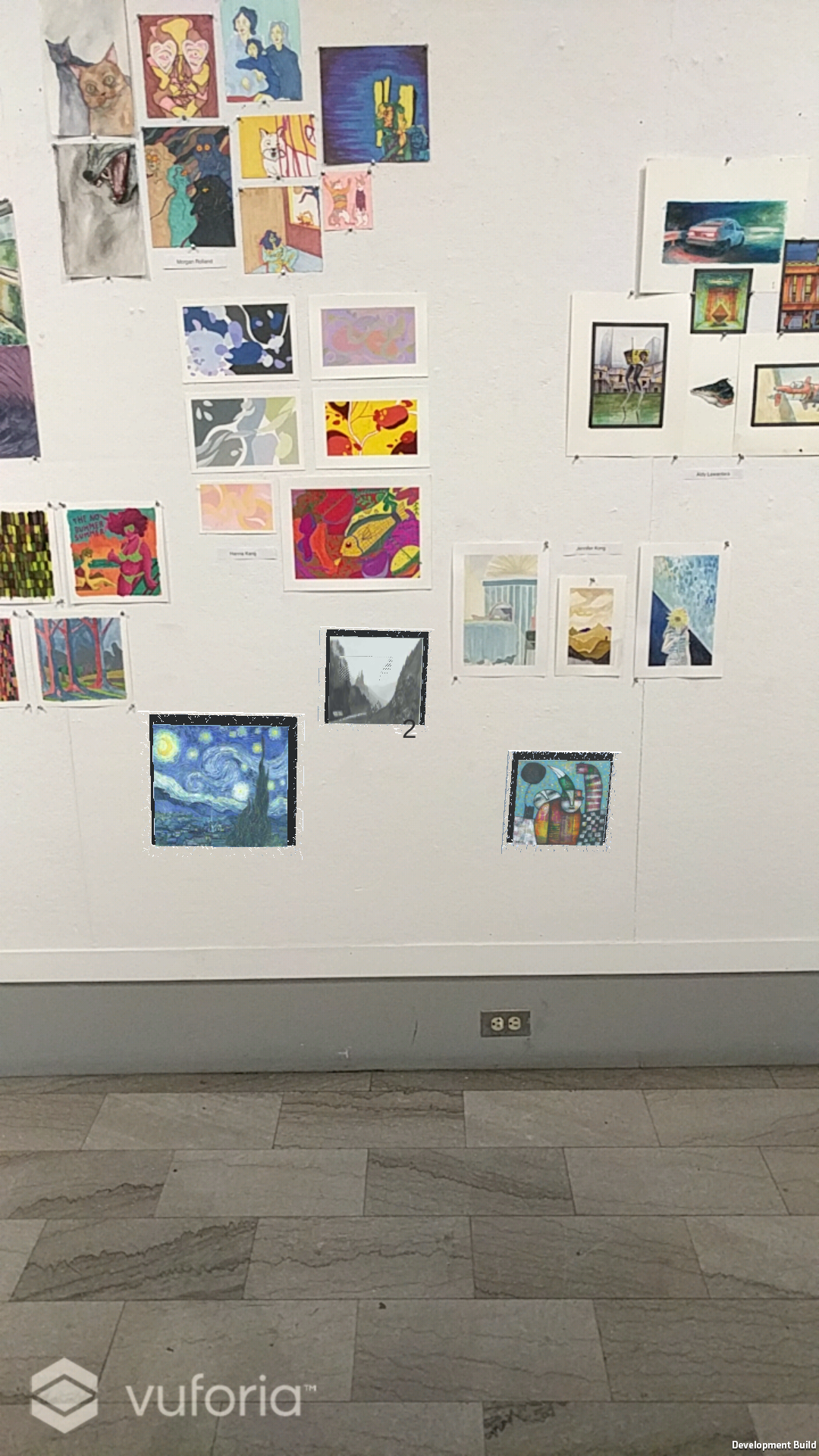 By tapping on the screen, artworks slam down onto the walls in front of you, allowing you to place artworks on walls and judge their composition before putting up said artworks. The Studio For Creative Inquiry’s Exhibit Planner is user-friendly, allowing users to go into unity and swap in their own artworks for display. The artworks cycle with each tap to the device. Load in as few or as many artworks as you can!

The development of this application required clever thinking. The basic package of Vuforia came only with table detection. Our application was designed to work on walls. With this, we hacked the system to display our objects at 90 degree angles from the surface. We created animations for each game object (image, frame, and backdrop).

For example, if we have 4 images loaded into Unity, and have tapped the screen 5 times. That means on our 6th tap, we will generate a new image & frame with image 6 mod 4 = 2.

Below is the script CubeClick which is attached to each image object.

And the script Click which is attached to the Empty Game Object Outside the scene.

So yeah, that’s our AR app…

EXCEPT WHEN YOU HAVE YOUR GALLERY UP AFTER USING EXHIBIT PLANNER 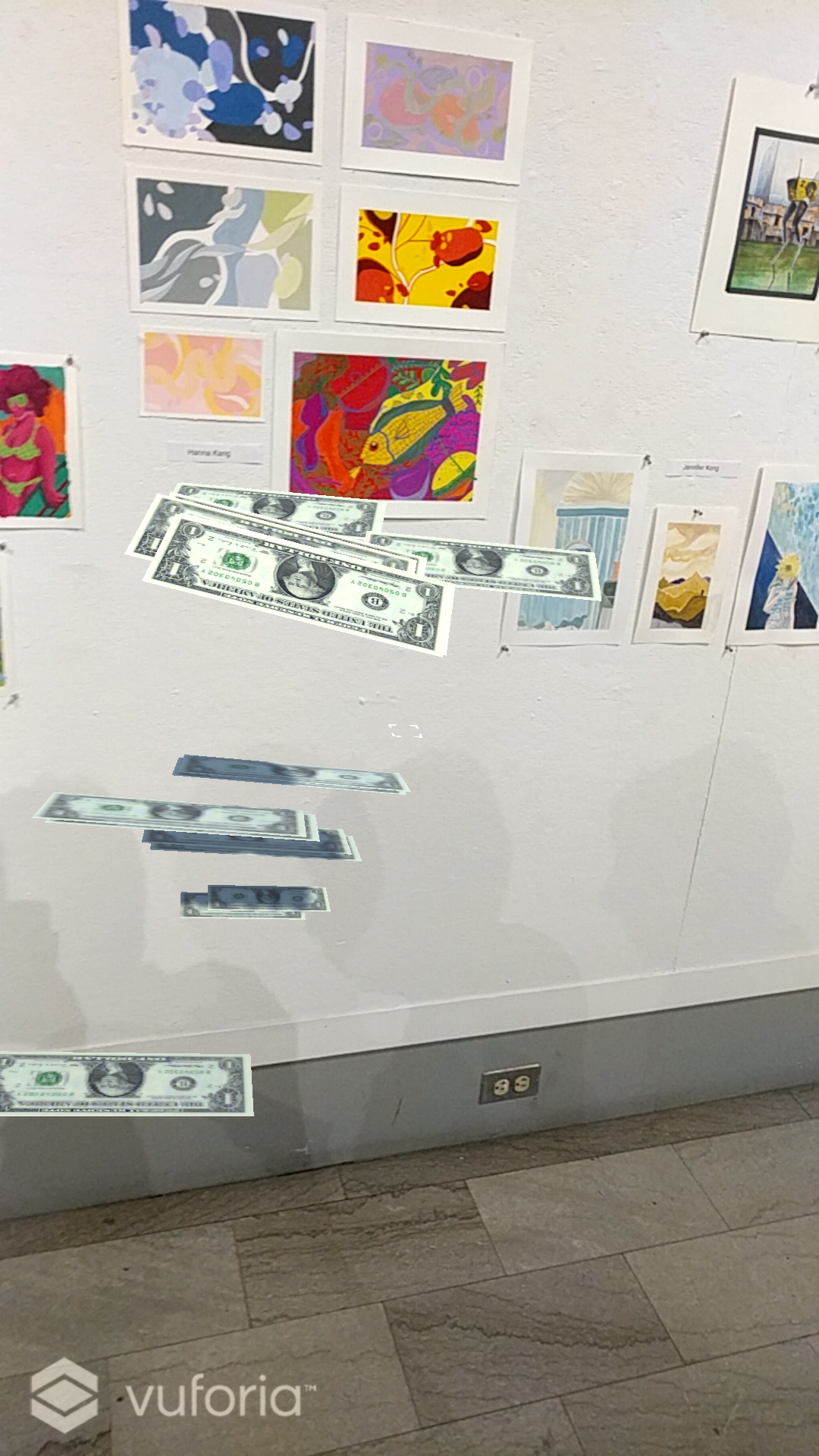 THEN YOU CAN BRING HOME THE BIG DOLLARS WITH OUR EXHIBIT PLANNER EXTENSION: EXHIBIT PAY DAY!