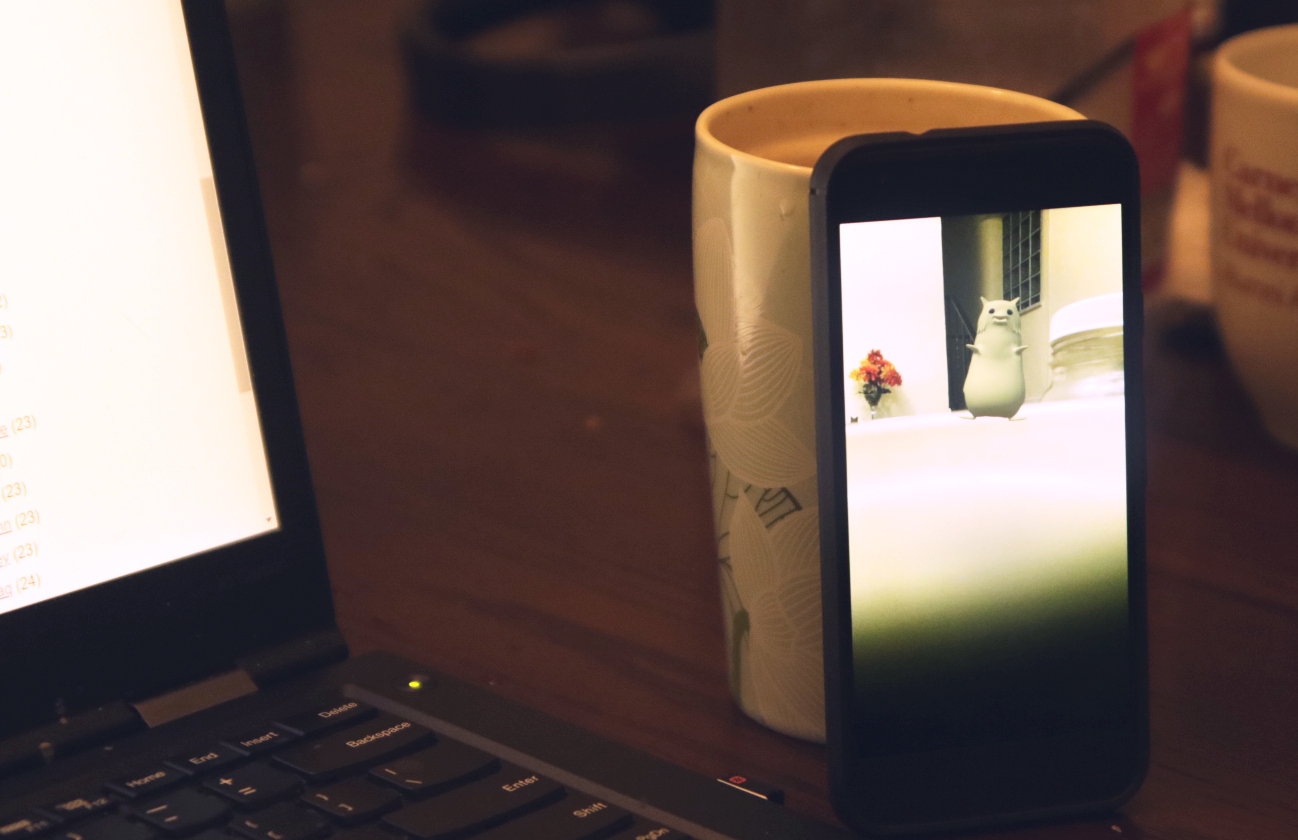 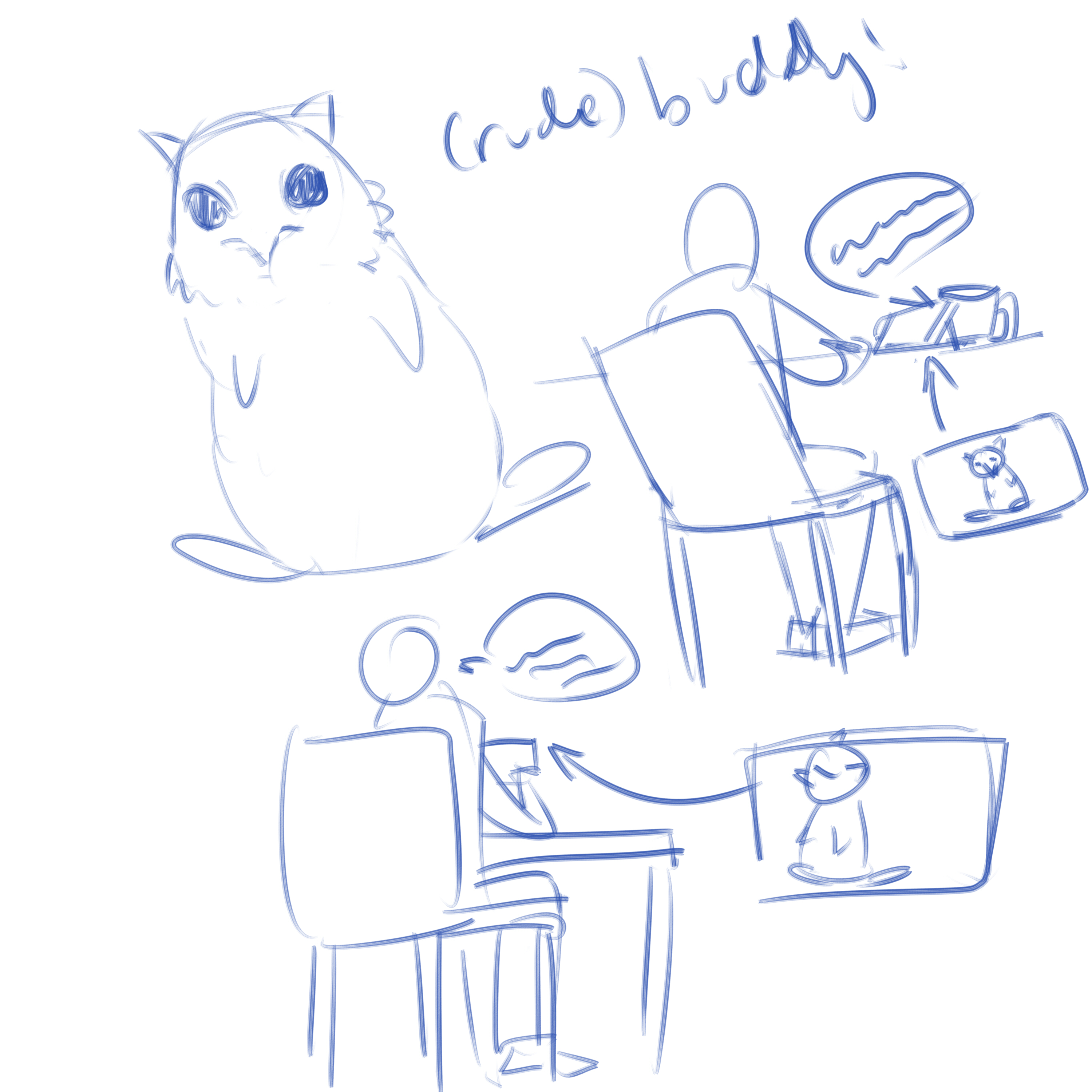 Different states of the buddy: idle, happy, angry. Kinda hard to see in the video, but present in the app.

The original idea was the make a rude buddy that only wanted to talk to you when you didn’t want to talk to it. After hearing feedback for the first week of the project, I decided to keep the obnoxiousness but turn my buddy into a kind of productivity aid. To use it, you just load up the android app while you’re working and it’ll continuously spout vaguely useful advice at you. If you attempt to pick up the phone, potentially to procrastinate, it’ll ask you if you’ve finished your work and then respond in accordance with your reply.

I’m happy with the final look of the animations, although the timing of the animations besides idle could be lengthened in the app. I’m also just happy that I got most of the features working, since using Unity produced a number of hurdles that I never expected to be hurdles. For example, I first rigged and animated my modeled creature with various NURBS controllers, but then soon discovered that either Unity or the FBX exporter of Maya hated the controllers, and thus I had to remove all my controllers and re-animate everything while committing the sin of animating by directly moving joints. Some weaknesses of the project: variety of interaction is pretty limited, creature doesn’t interact much with the environment, a few small bugs in the speech remain.

This was a solo project, but I’d like to thank Miyehn who discussed the original idea with me, Zbeok for some Unity troubleshooting, all my classmates that gave helpful comments when we last critiqued these projects, and my housemate who washed my dishes for me while I pulled an all nighter.