As soon as the assignment to create something that draws was given, my mind immediately went to graffiti.  The odd thing is, I absolutely do not have the guts to permanently leave a mark on public property; I would feel bad.  Which I think is why it interests me so much.  There is a relatively large subset of people that get a rush from leaving their permanent mark in a place where people can see it, read it, and know that it will always be there.

Graffiti is a very obvious statement.  Also, it seems very easy to get caught doing so.  Having a robot doing the permanent marking for you, makes it seem slightly more innocent.  The idea of a robot taking the blame for the rebellion of a human is quite comical and alluring at the same time.

Originally, the idea was to have rebel bot be able to draw anything the human can draw.  After a few iterations of the robot, and some input from Golan, the realization that something as obvious as graffiti can be made significantly more interesting if it is made more obscure seemed more appealing.  Mechanisms that draw and can plot x and y coordinates are plentiful, but I think robots that only spray paint permanent coded messages a foot off the ground compliments the mystique of the act of vandalism.

The testing of Rebel Bot occurred in an indoor hallway with paper towels taped to the wall, and then progressed to some scrap wood set up outside a garage (as shown in the Rebel Bot video.)  Below are photographs of the progression of testing as well as the final video presenting the software interface, and Rebel Bot in action. (Github) 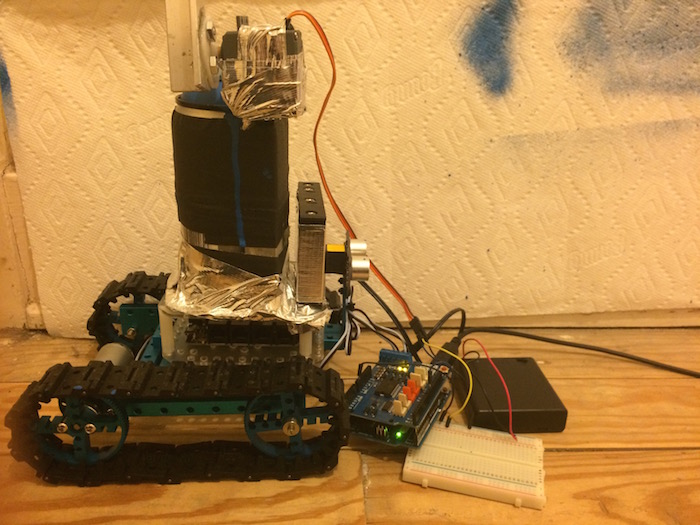 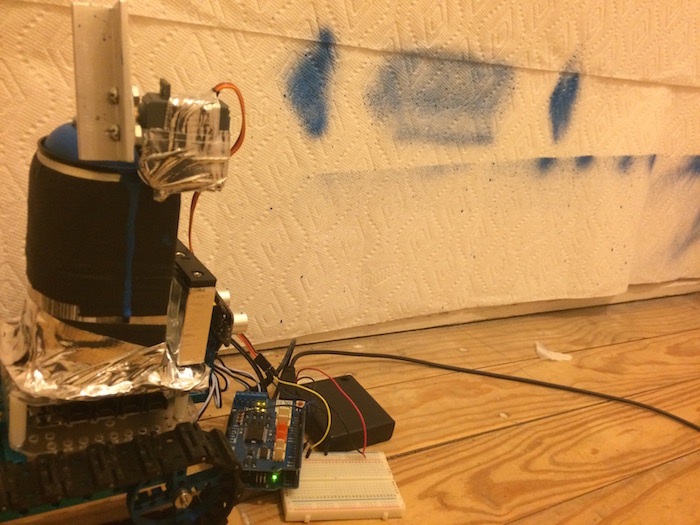 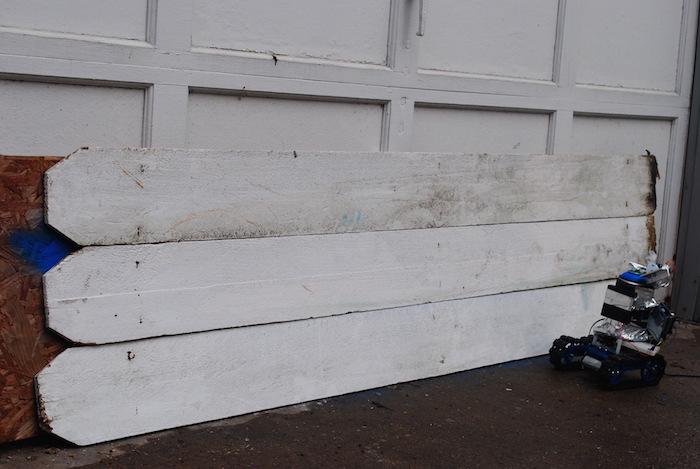 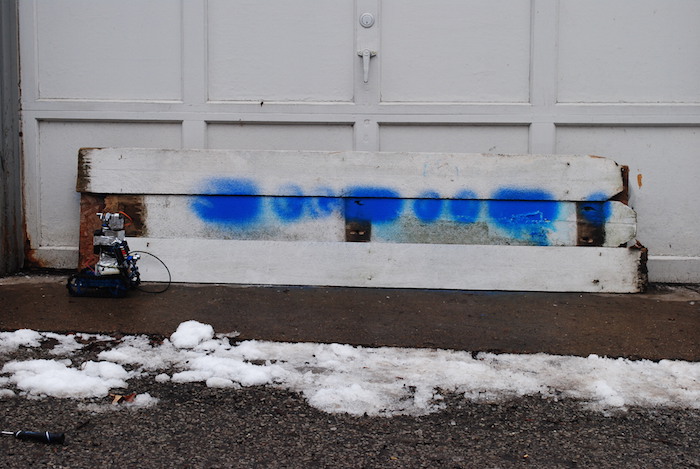