I wanted to create some way to draw with sound.  I chose to work with processing to visualize sounds in a space.  My program takes in sound, picks out the loudest frequency, and creates points using that frequency.  The colors created are also based on the frequency and amplitude of the sound.  Based on the sound, the visualization takes different forms.  During the process, I created a lot of images that were very linear, or had a lot of clusters.  To combat that, I played with displaying time as well, rather than simply displaying the sounds in a single depth.  To do so, I added a spiral.  As time passes, the spiral expands, visualizing the most important sounds over time.  However, the spiral was somewhat boring because of how uniform it was.   So, I allowed the shape that the spiral takes to be affected by the frequency and amplitude as well.

I would like to continue adding to this project. At the moment, it stays static, but I would like to add some element of decay over time to mimic the temporal quality of sound.

the white sound of my room 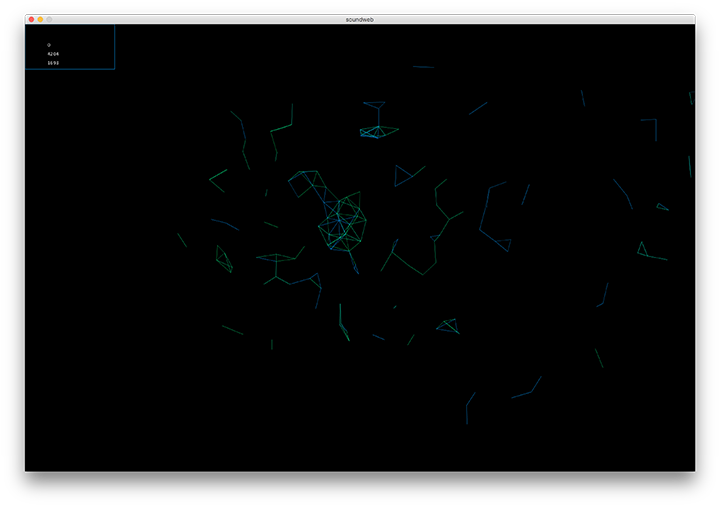 listening to some ambient music 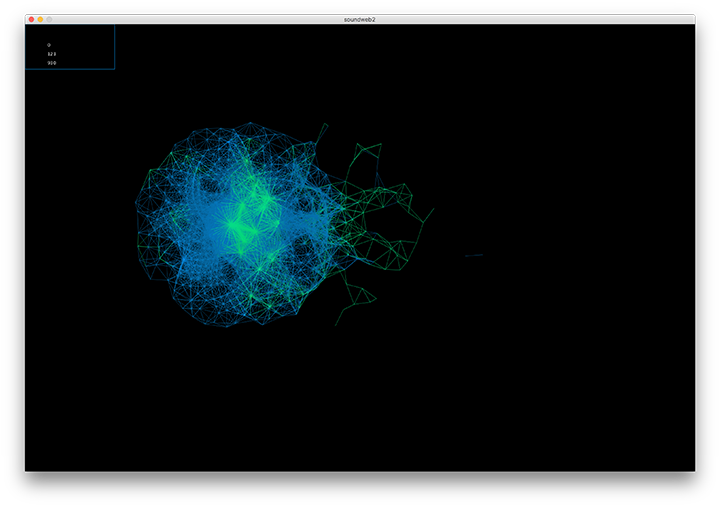 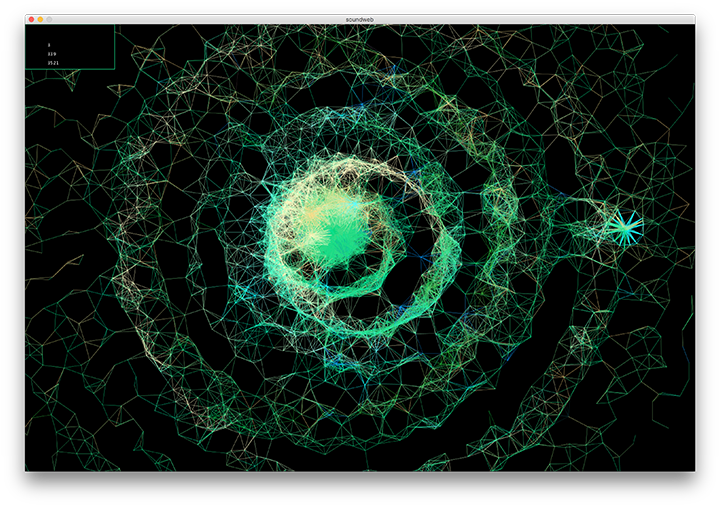 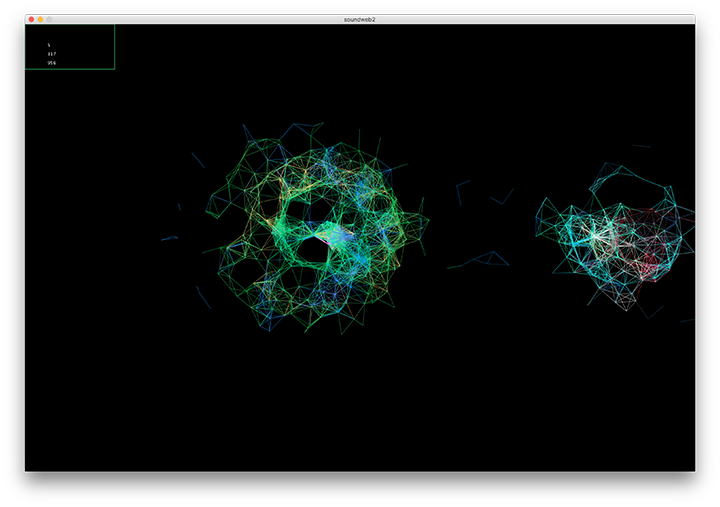 music with some loud beats 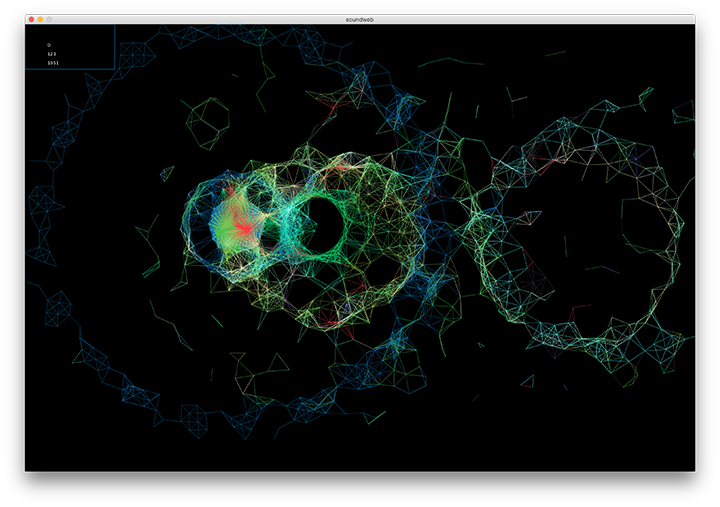