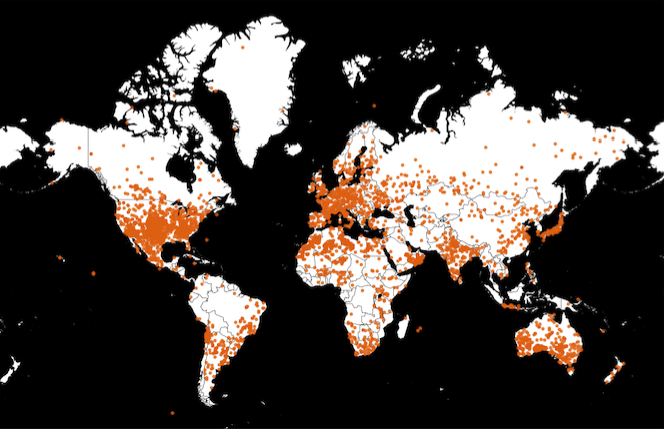 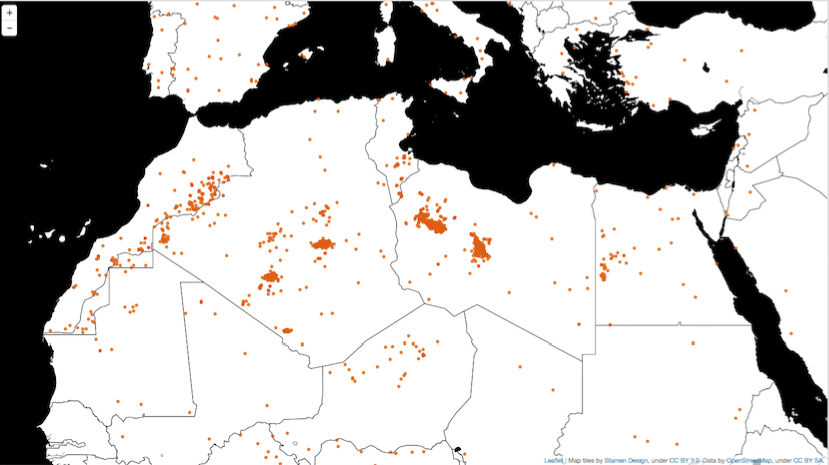 Using Leaflet, I plotted the dataset of recorded meteor strikes. For this visualization I chose a very simple black and white, high contrast, tile from stamen, and used a bright orange circle to denote the meteor strikes. My goal here is to create a very distinct and clear map of meteor strikes, treating each of them equally, ignoring their mass, material, or other historical data. Meteorites were a particularly interesting to me from our list of possible datasets since they are void of political, geo-political, economic, and cultural bias. A completely neutral set of points on the either that are not the result of war, policy, tourism, or terrorism. Or so it seems.

In some ways, I think this is a map of where meteorite strikes are recorded rather than an objective map of where they fell. The highest density of strikes are supposedly in the most populous areas of the world. The strikes might signify whether there is system for recording, documenting things like meteor strikes in those areas. That probably goes without saying, but still. If a tree falls and nobody hears it… 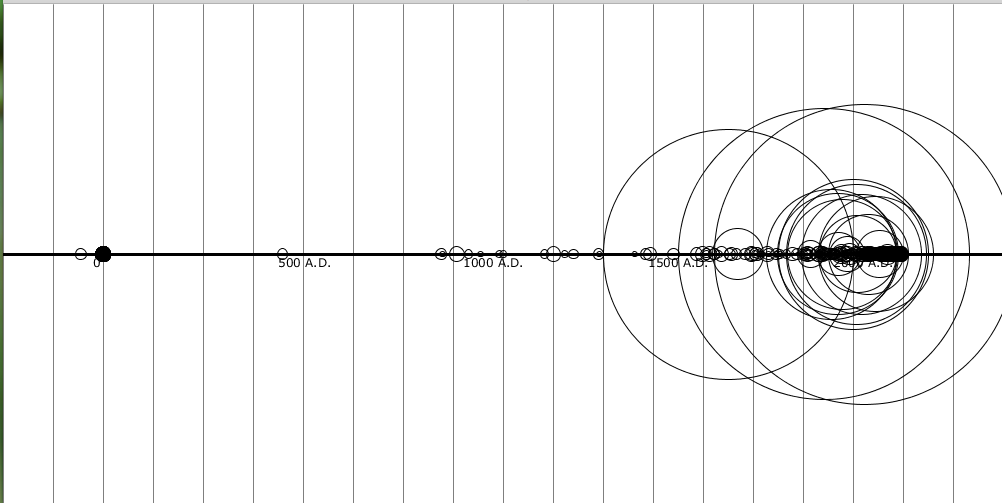 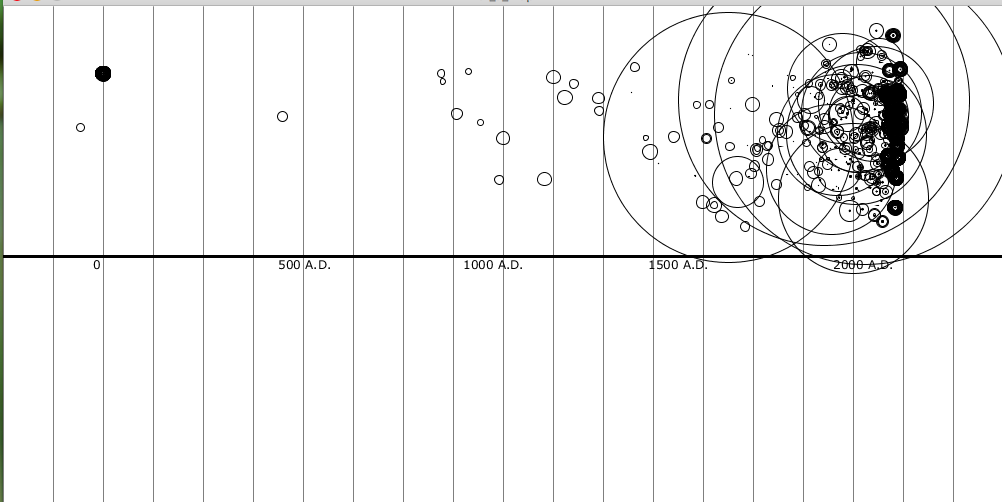 For the “not a map” portion of mapping the meteorite data, I looked into the cvs file to see what kinds of information came along with each strike, outside of longitude and latitude. This extra info included mass (in grams), type of material (minerals etc), year of strike, and whether it was found after impact, or whether it fell and was observed landing. Using Processing, I mapped the strikes on a rough timeline. The meteors are represented as circles with varying size (dependent on their mass). For rows without a mass, I arbitrarily assigned them a mass that would make them appear on the map. I also used a bit of randomization (perlin) in their location to create a sense of variance in their landing location. What becomes apparent from the second visualization is that  the great density of meteor strikes have been recorded in the past ~ 300 years. I am curious though about the recorded strikes that happened B.C. and how those records are verified.

(sorry for the low-res screenshots. wordpress was giving me problems.)