Constellations is an interactive application that lets you join stars and create constellations.

My fascination with stargazing made me want to attempt an application with the Star Map. In an attempt to build something interactive, I made twinkling stars that can be joined with simple finger gestures to create constellations. 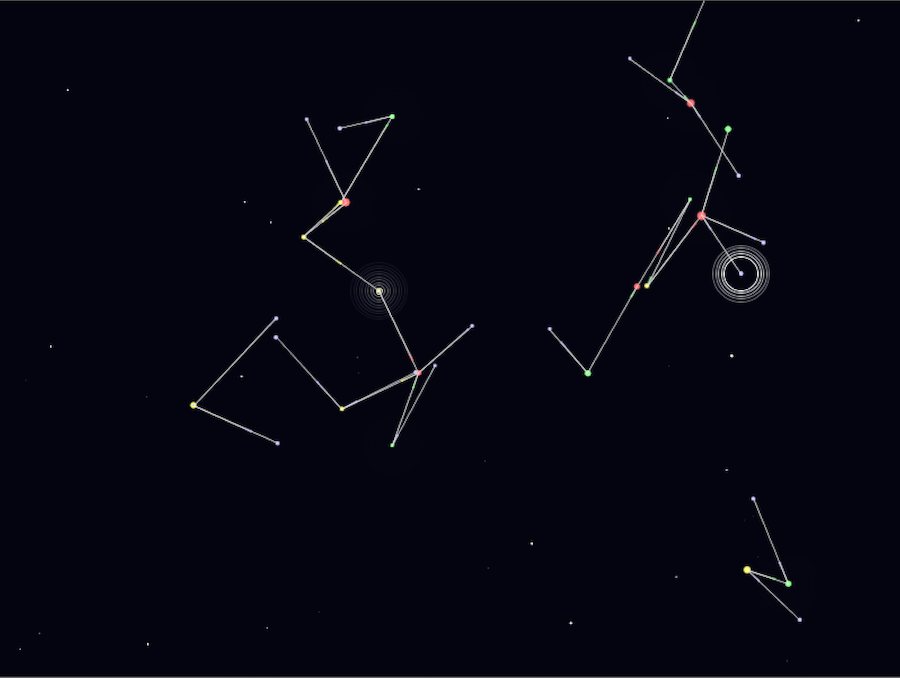 Since I wanted something more than just joining points, I added a feature, such that when the person does not interact with the map, the map automatically goes on to make a constellation. This is done by connecting to a nearby random star, such that it is still visible at the zoom level. Additionally, they can also set the application on auto, and it computes it’s own way to make connections and draw star maps.

Tools used:
I used Processing 3.0 for making this app. I used multiple sources and sample projects to learn how they use the sky map locations (in the references). I took a lot of inspiration from Kazuyuki Motoyama’s Star Map project. I added the dimension of star locations and in-between distances for the auto mode. 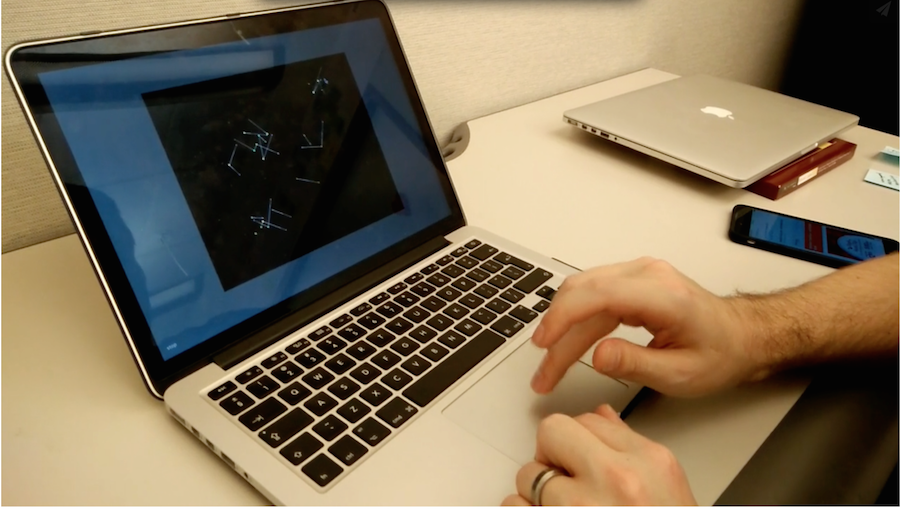 Challenges:
The main challenge in doing this was using an actual Star Map. The interactive part in itself was easy for me, because a lot of people have made similar applications.

Next Steps:
The application is similar to other star applications and games. I would like to work on this to add more dimensionality in terms of identifying the constellations. Another idea was to draw random objects and identify them from the 20,000 Sketches dataset. I am currently working on the latter.