This project has three components:

There are several options for this project:

A networked system that allows people in different locations (and optionally, at different times) to communicate/collaborate in a new way.

One significant thread in new-media practices involves inventing a new modality of communication, as the core proposition of an artwork. In other words, certain artworks exist to ask the question: “What if people could communicate (or sense each other) in such-and-such new way?” For example, Rafael Lozano-Hemmer’s The Trace (1995) asks, “what if people could sense each others’ presence, through intersecting beams of light?”, while Jingwen Zhu’s Real Me (2015) asks, “what if text-based chat could also communicate physiological indicators of emotional stress, such as leg jiggling?” Some works use this approach to question the nature of digital communication itself. For example, Maddy Varner’s experimental chatroom, Pasties (2018), asks, “what if people exclusively communicated by copy-pasting?” These systems not only ask a question, but provide a provisional answer in the form of working, open-ended prototypes.

In this prompt, you are asked to develop a multi-user, networked environment that allows people to communicate or collaborate with each other in a new way.

Your system could facilitate language-based interactions like typing, speaking or reading. It might allow people to creatively collaborate, visually, through a novel drawing or construction activity. Or, it could convey nonverbal aspects of presence, such as gestures, in order to explore what Heidegger calls Dasein, or “being there together”.

A software system that produces real-world objects — articulated, at least in part, by the actions of a person or people.

You are asked to create a software system which generates real-world objects in response to the actions of a person. More specifically, your program should generate a family of objects, which are all parameterized in the same way, but which differ when their parameters are set to different values (at least partially) through the actions of a user/guest/participant. The objects generated by your program should be suitable, at least in principle, for digital manufacture and rapid prototyping in the real world. 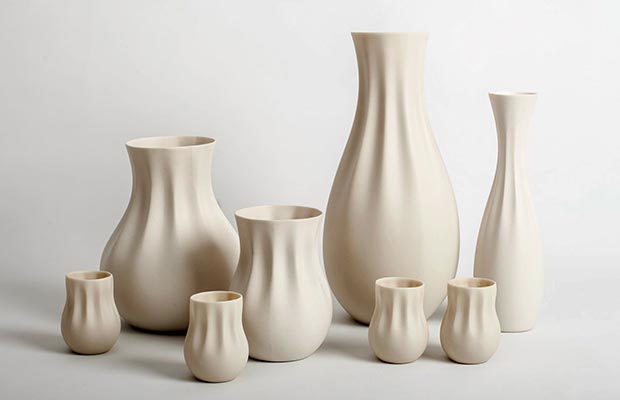