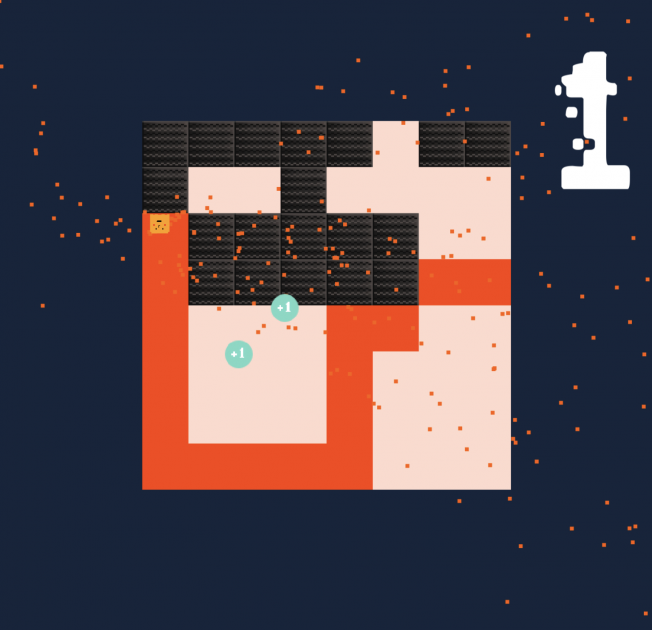 This project was made in Unity, initially inspired by Snake, Starseed Pilgrim, and Shift. 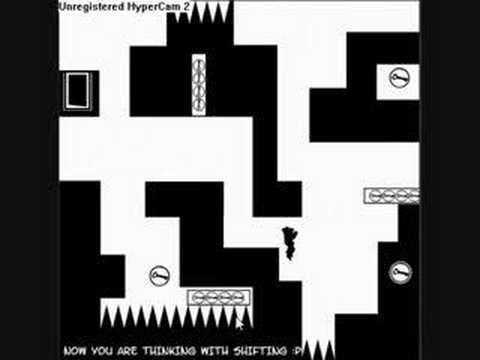 I worked with Unity’s tile engine. I was interested in trying to make a game out of the concept of building negative and positive space in an environment. Eventually, it was Ho Chi’s suggestion to scale down the playing field that made me reconsider what scale meant to the game.

In a sense, the game could also be interesting on a large scale. Due to missteps on my part prototypes on a larger scale are lost, but they were enjoyable so I’d like to go back and try scaling up. I ran into a lot of problems when I tried to get the crawling mechanic working. 2D platformers get complicated if characters can run and jump all over the walls. I identified two main problems: walls and ledges. Cliffs were easy to manage. I used Unity’s ridgidbody system and made a custom gravity script, which rather than pull in a global down, it pulls in the local down. Teetering off the side of a cliff will stick it to the side of it, rather than careen off it. However, climbing walls was more difficult. Eventually, I used a grid based system to look for corners, and used raycasting to check if i was close enough to a corner while also standing on a floor. 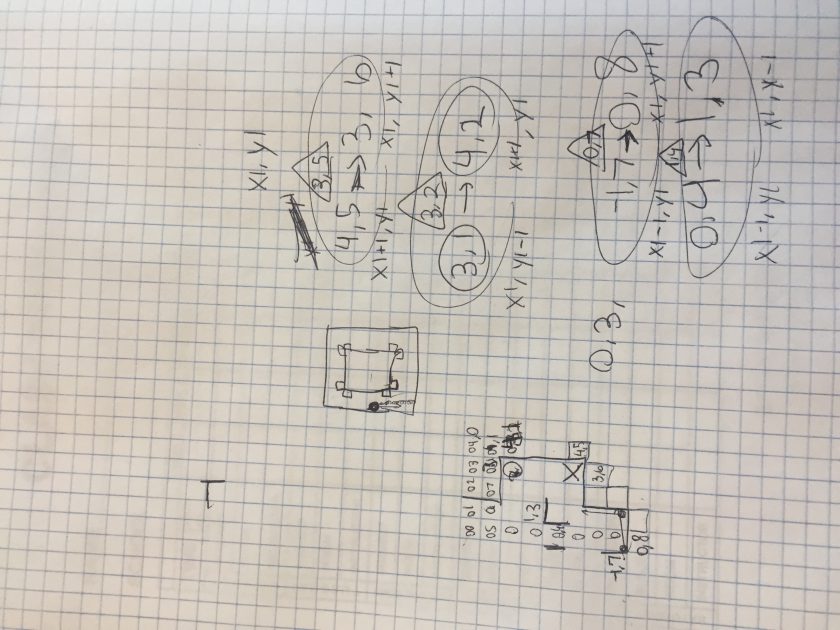 I checked for all cases and if I was in such a position, I would rotate up. However, this lead to movement bugs. I instead decided to go for a constant speed for my own sanity moving in a single direction. Right now, you can only go left. In the future, the choice could be left or right. Personally, I like the idea of a one button controller. But I think one can get more nuance with more movement too.

In the end, my project came out of abstract squares very quickly. I decided on the Space Ant heroine in an exhausted state. I think the idea of making Anti Space trails is pretty cool, and I think this could also be interesting if I ever tried to do this on a larger scale (multiple puzzles).