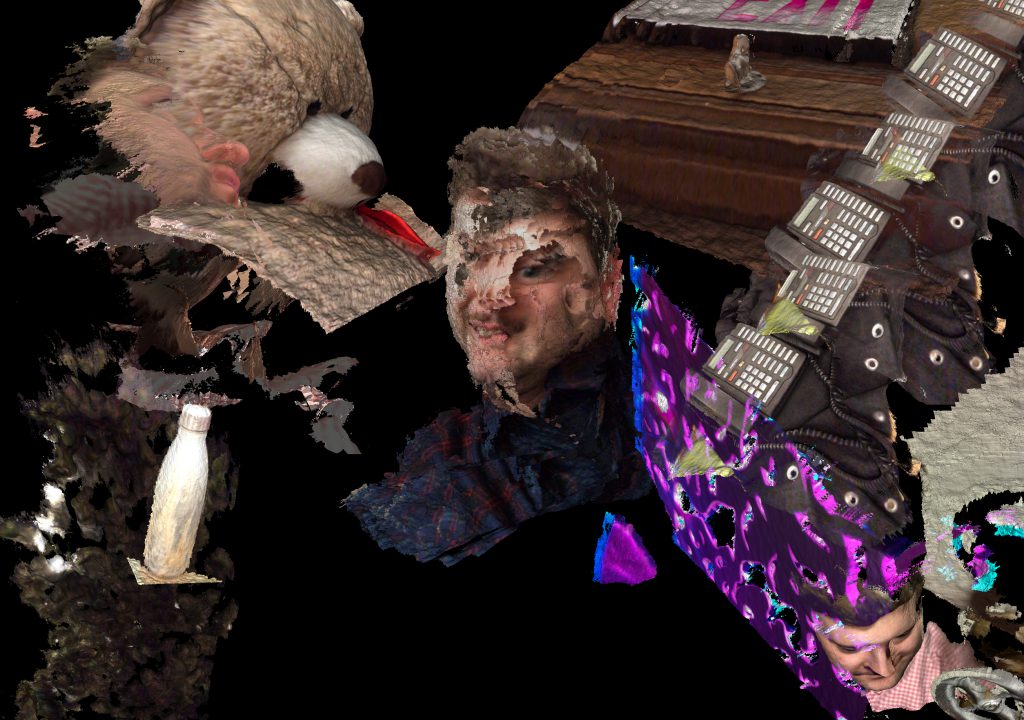 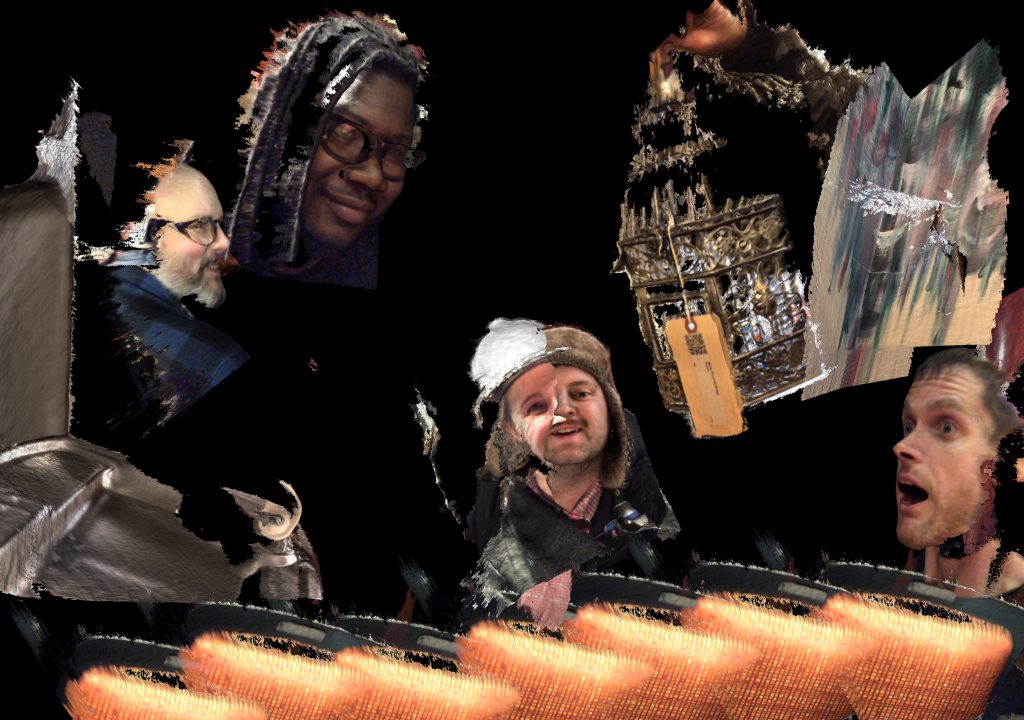 The aim of this project is to activate the depth camera now included in new iPhones, and turn it into a tool to collage everyday life – to be able to draw a circle around a segment of reality and let the drippy point clouds be captured for later reconcatenation in a 3D/AR type space. This turned out to be quite a challenging process, and it is still ongoing. At this point, I have pieces of three different sketches running, and I am working to house everything under one application. I spent a lot of time in my research phase doing Swift tutorials so that I could get these developer sketches running. I am continuing this research as I move towards making my own app by combining and piping together the pieces of all of the research featured in this post.

In the video ‘Point Cloud Streamer Example,’ you can see an example of the live streaming point cloud capture that I am striving to implement. This was the piece of research that first set me down this path. This Apple developer sketch has by far the best detail of any of the depth cameras wrap-ups that I have seen, and is of the fidelity that I want to use in the final app.

In the video ‘Depth Capture Background Removal Example,’ you can see another developer sketch that uses the depth camera to remove the background and offer the viewer the chance to replace it with a picture of their choice – a sort of live green-screening via depth effect. In the final version of the app, I hope to give the user the freedom to scale the ‘Z’ value and select how much depth (meaning distance from the lens to the back of the visible frame) they want to maintain in the  captured selection, for later collage.

Finally, I found an app called ‘Heges’ that possesses an onboard depth camera capture apparatus. It captures depth in a proprietary format, and then allows users the option to export the depth data into .PLY sketches. This is what I used to make my collages, and to mock up the type of space I hope to manipulate in a final version for 3D creation. I had to use MeshLab to open the .PLY files, and then I rotated and adjusted them before exporting stills that I collaged in Photoshop. This app was pretty effective, but the range of its depth capture was less extensive than what seemed available in the ‘Point Cloud Streamer Example.’ It does have built-in 3D and AR viewports which are also a plus and I will try to eventually incorporate such viewports into my depth capture tool.