For my map visualization, I chose to work with the meteor dataset. I wanted to make something 3d that showed meteor strikes over the surface of the globe. I also got the idea to involve an interactive time dimension, so the user can scroll through the range of times presented in the dataset and observe how clusters of meteors were discovered and various points throughout history. Ideally, the graphical representation would have been a bit fancier, and my code is slow and unoptimized, but I think I have the start of something interesting here. I’d want to introduce color and work on a shader to make a point flash when a meteor is introduced to the surface. I created this using openframeworks. 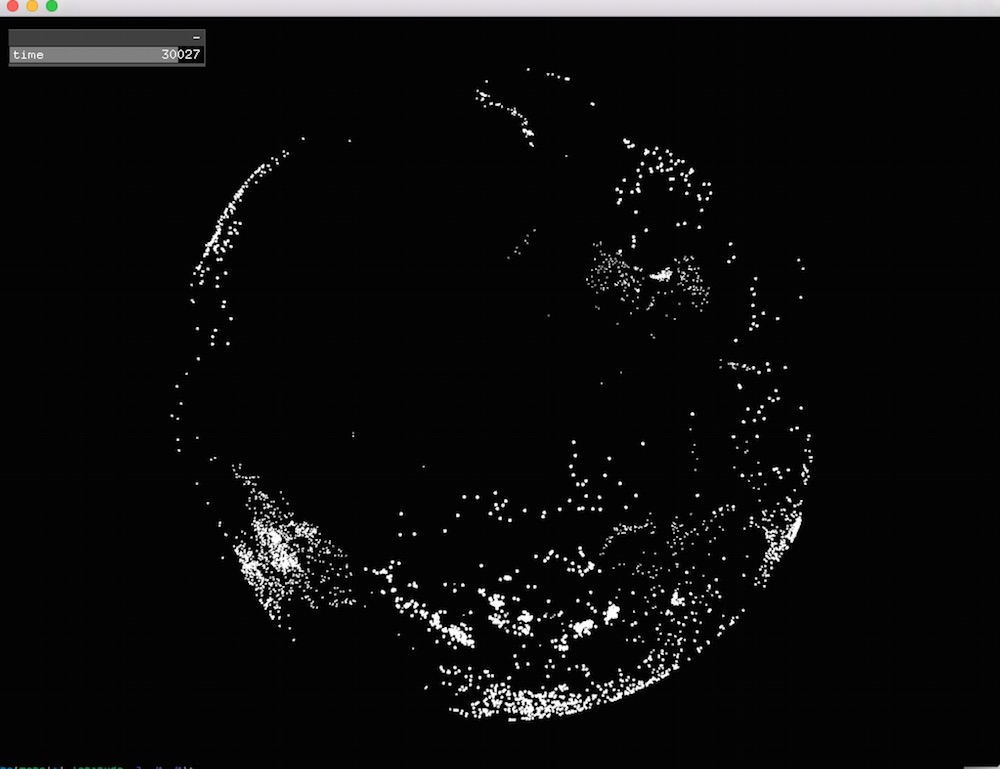 For my non-map visualization, I chose to re-represent this dataset in d3 using time and meteorite mass as my primary 2 variables. I actually really like how this layout turned out and would like to develop this more, specifically working on the interactivity and having some variable color schemes. I used a d3 pack layout with circles, so the data points are packed in the most compact region possible with a minimum distance between each point. The size of the circles are mapped to the cube root of the meteorite mass, which accounts for the nonlinearity present in the dataset that would otherwise make the scale visually unintuitive. I have color redundantly mapped to meteorite mass. Initially I thought this was a lazy choice, and while i still would like to have the option to switch color schemes to introduce additional information (such as meteorite material composition) I think there is actually a case for having this redundant mapping. Since there is a significant nonlinearity in the dataset, it is possible to look at two circles of similar size (such as the red and brown ones) and assume that they are of similar size. In reality, there is an order of magnitude of difference between the two. 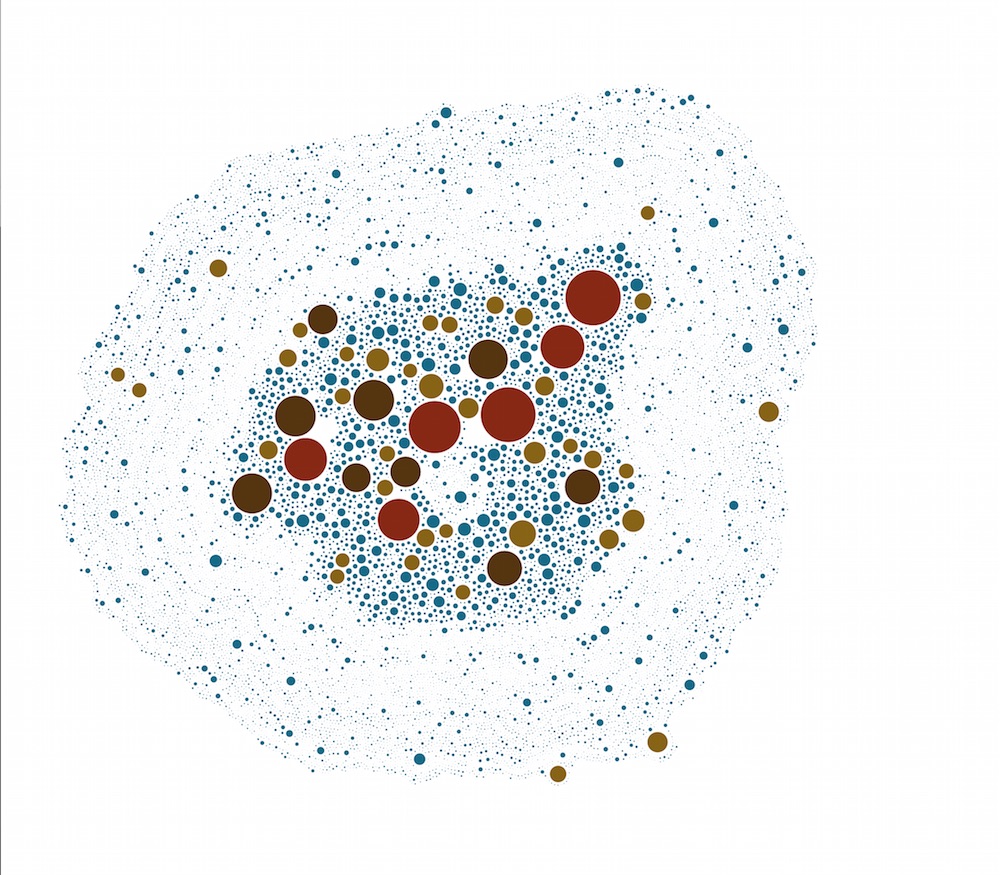