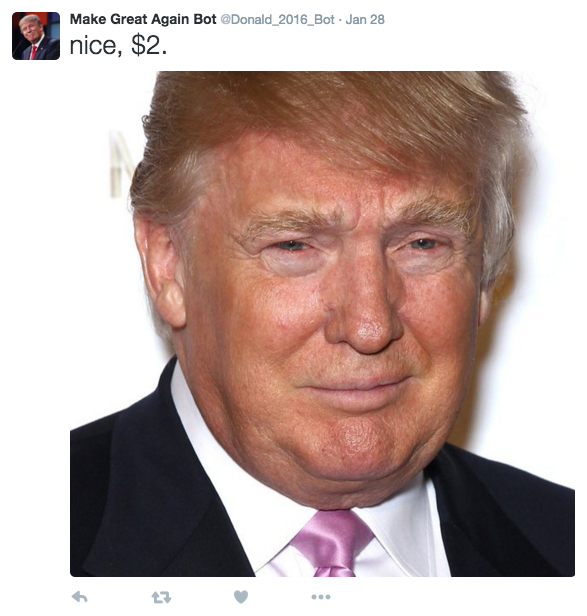 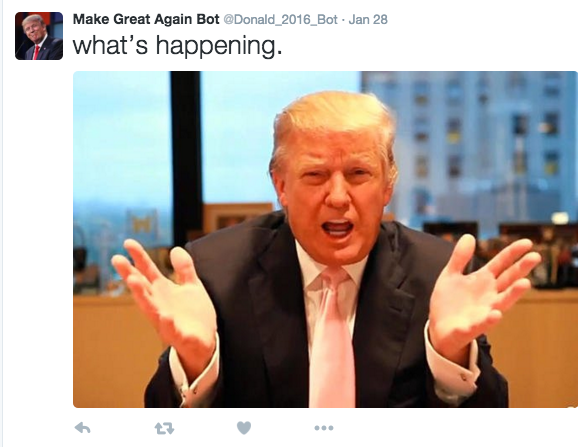 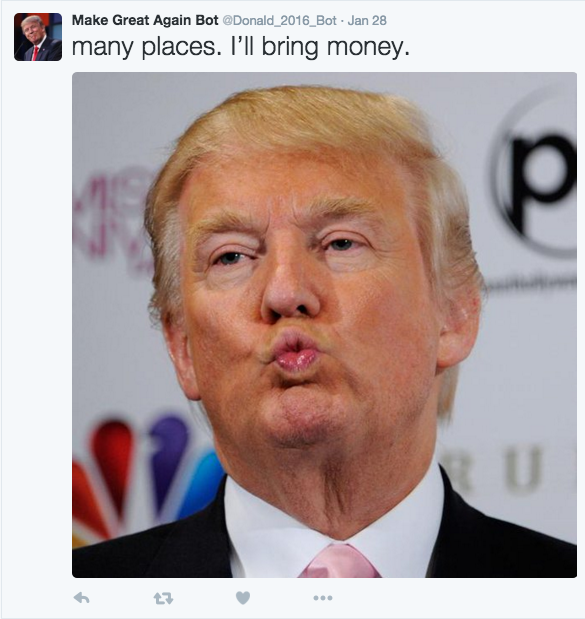 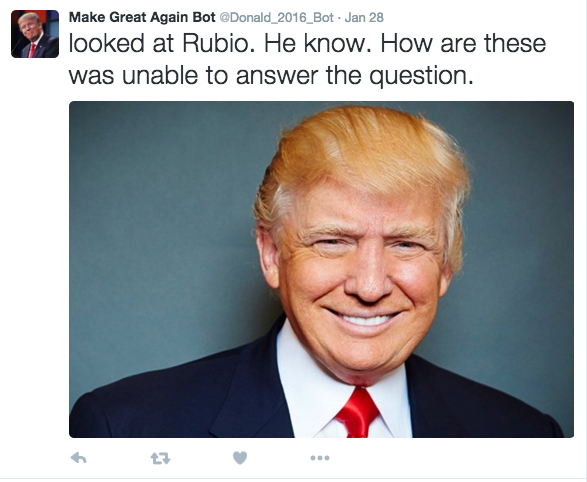 My bot is called Make Great Again Bot (@Donald_2016_Bot) and you can view it at https://twitter.com/Donald_2016_Bot. It is a Donald Trump impersonator that posts a Donald Trump quote along with a Donald Trump picture every hour. The quotes are not his actual words, but rather words generated by a 4th-order Markov text generator from a corpus of his speeches.

By creating this bot, I wanted to produce humor by generating out-of-context, non-sensical quotes and associating them with a picture. I knew that most of the bot’s posts would be meaningless, but I hoped that once in a while I would find a gem, a truly funny post. Also, I wanted to experiment with Markov Chains and see their potential in producing ordered randomness. I had studied Markov Chains in a class last semester, so I wanted to apply that knowledge with this bot.

After a lot of thought, I chose Donald Trump as the subject of my bot because his speeches are filled with certain keywords that would be easy for my Markov generator to pick up. Other personalities I was considering include DJ Khaled and President Obama.

I think the bot is doing an excellent job and I am quite proud of it. Its output is diverse and engaging. Even when it doesn’t make sense, it’s funny. Often, it does make sense, putting words like “social” and “security” together, perhaps because of the high order of the Markov Chain.  The Donald Trump pictures add to the entertainment value because you can picture Trump saying the nonsensical sentences. The bot made me laugh several times, especially when it produced short, incomplete sentences, like: bit.ly/1PTnaF4.

Although I haven’t yet publicized my bot to get many followers, one of my friends got addicted to the bot in its first week. In fact, I had to change the bot’s interval from 10 mins to 1 hour so that he wouldn’t waste so much time on my bot! I think it’s pretty funny how people can get so attached to these low-intelligence content producers.

My bot would fall under Michael Cook’s ‘Feats’ category, and it’s attracting users with the ‘Order and Disorder’ aesthetic.