For the drawing assignment I started off exploring portraiture and the possibility of making a customizable self-portrait that one could tweak in meaningful ways. I ported an ofxImageSegmentation algorithm to use with OSX and ofx0.9.0 and tested a few ideas involving the decomposition of images and reconstruction of portraits based on pieces of those images. Ultimately I moved away from that approach when (thanks to Golan) I realized that the boundaries of objects/faces represented not just edges but pure lines; lines that could be modified or tweaked in a myriad of ways.

Using a webcam, I implemented a standard edge detection pipeline: background subtraction, image thresholding, and then canny image segmentation/edge detection. I then used the contours of the edges from a single still as line inputs for a drawing algorithm, trying out a few different approaches towards redrawing the edges: changing the color of the lines, the thickness, tweaking the points a random measure, and adding new lines based on proximity thresholds, amongst other tweaks. 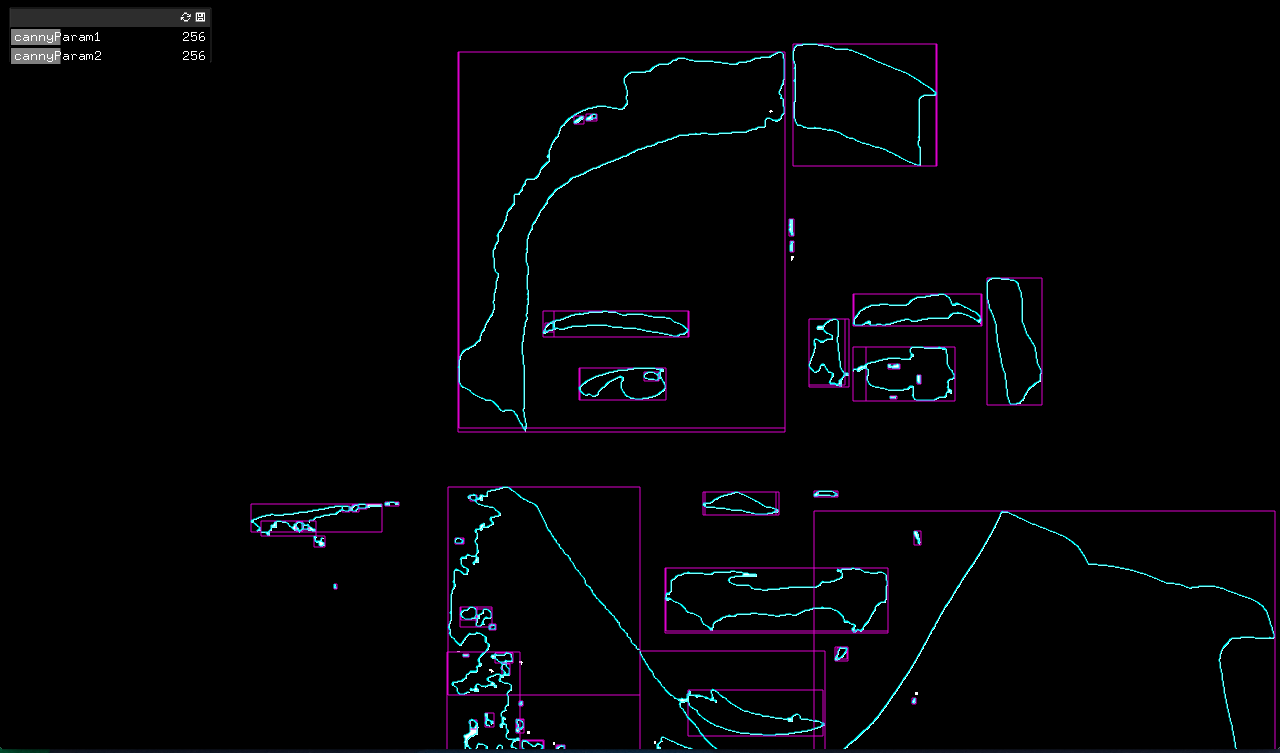 A view of the computed edges of a face 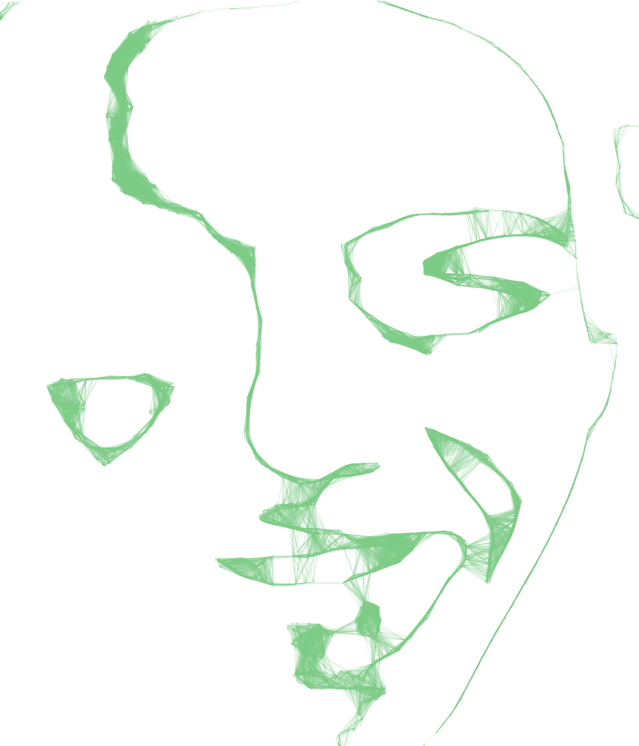 Playing with colors and background