Know your emoji – game video from Safinah Ali on Vimeo.

Know Your Emoji is a text based infinite runner obstacle game. The player avatar has to jump obstacles to collect points. These obstacles are randomly selected emoji from an emoji library of 850 icons. To be able to jump, the player enters the name of the emoji. If the emoji is correctly identified, the text returned results in jumping, if not, the player collides with the obstacle and dies. 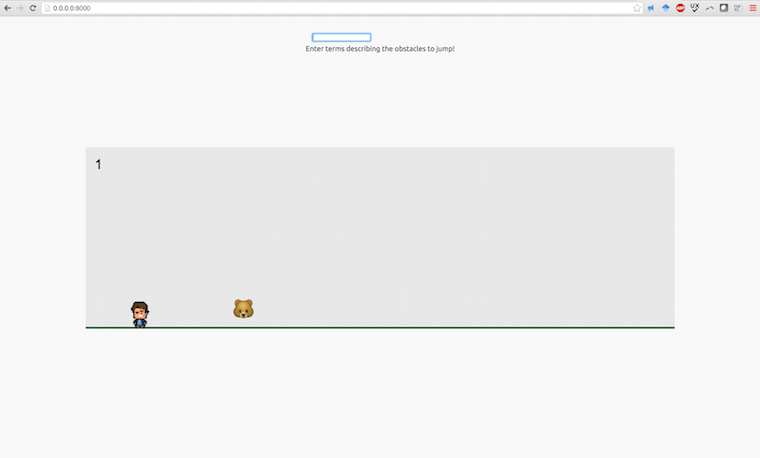 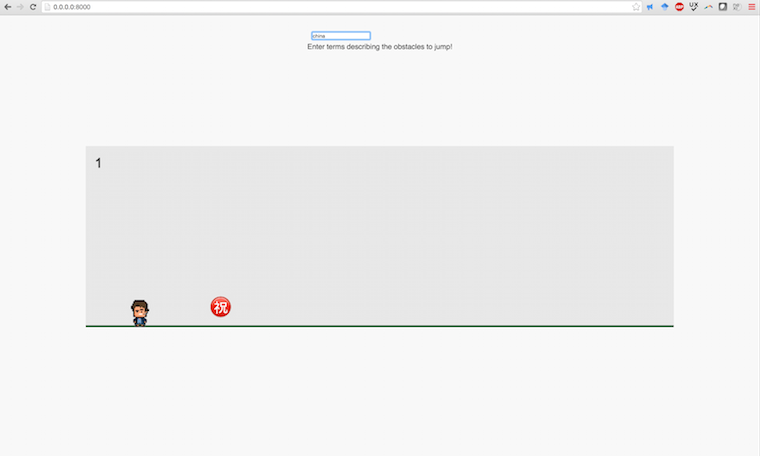 In order to subtly include inequality of some sort in a game, I started tweaking existing games and made them ‘unfair’. I learnt making PacMan and made two versions, one slower than the other. In another version, I made the ghost agents move randomly, not towards the players. The feedback I received on both these ‘unfair’ versions of PacMan was that it was just difficult. No player thought about social inequality. The reason behind this was that there was nothing ‘social’ about it. 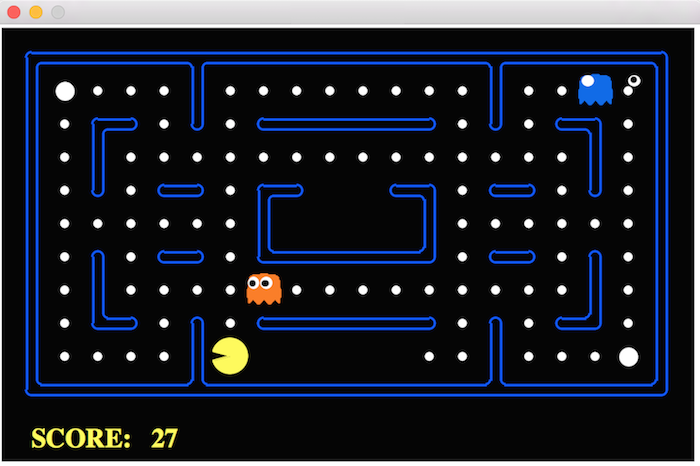 The second idea I worked upon was a web-based multi-player gravity game (on the lines of flappy bird) that has obstacles depicting real life obstacles. These obstacles came from a text file, typically describing a person’s story. I took an icon library (ico-moon) and searched it for all the words that were in the text excerpt, and used these icons as obstacles. I randomly sized and placed them to create an obstacle path. The player survives by avoiding these obstacles and scores by naming them. Every player plays the game path made by the previous player. While demonstrating this version of the game, I received feedback that I must assert the value of the game more explicitly, there should be win state, I should think about how the score is relevant, the game rules need concretization. Reviewers were  excited that the icons could be interpreted differently by different players, which is interesting because that is also how privilege works. I received suggestions such as showing progress of a story, showing the story as text in the background, providing a recap, using different icons and removing score. One reviewer also suggested using ‘emoji’, because it would be interesting to see how different people perceive different emoji. 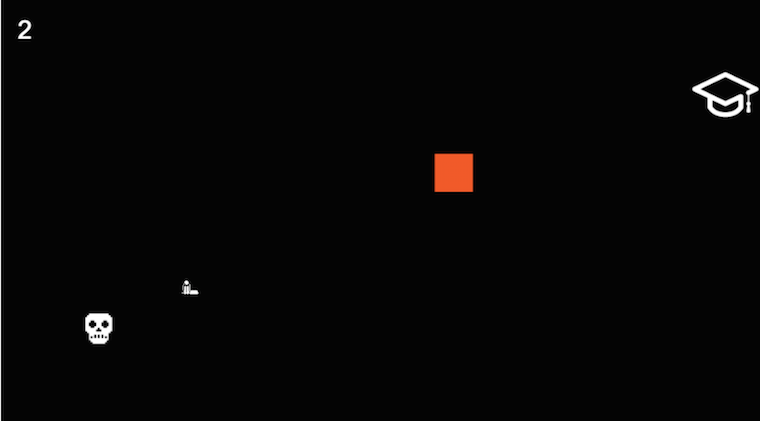 Taking from this crit, I worked on the third idea, where I showed a story progressing on the top of a page. Nouns from the story made obstacles. This time instead of a library, I chose historical images and manually made the obstacles. The stories were chosen from the New York Times. This version, however, was trying to say too many things, and multiple game mechanics made it too difficult to play. Usability wise, this game did not work. I took a step back, and with Professor Golan’s suggestion, tried to keep out privilege, and work a text based endless runner game for the final version. 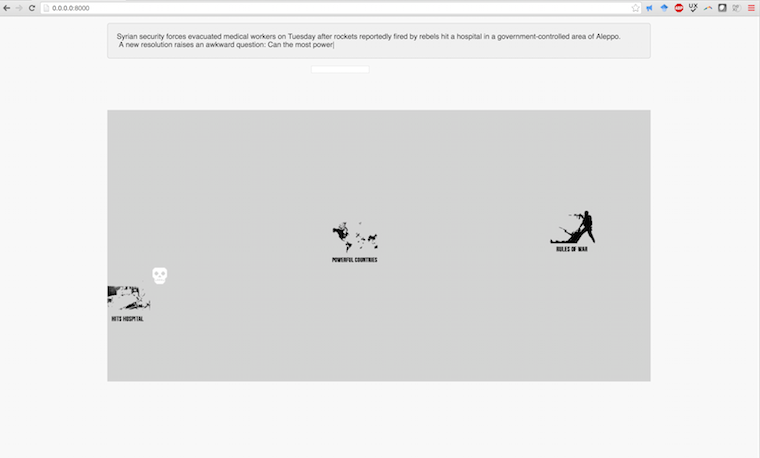 For the final version of the game, I used a suggestion I received in the class crit, that I can use emojis for obstacles. I made a much simpler version of the game, by removing the narratives and the concept of privilege. I made an endless runner game where the obstacles are emojis randomly selected from an emoji library. Every emoji has a tag associated with them, example “Smirk” or “Christmas”. The player enters what they think the emoji means. As they return this text, if it is correct, the player avatar jumps, if it is not, it dies. Points are accumulated by jumping over icons. If the text file is not found, the entry is considered correct. 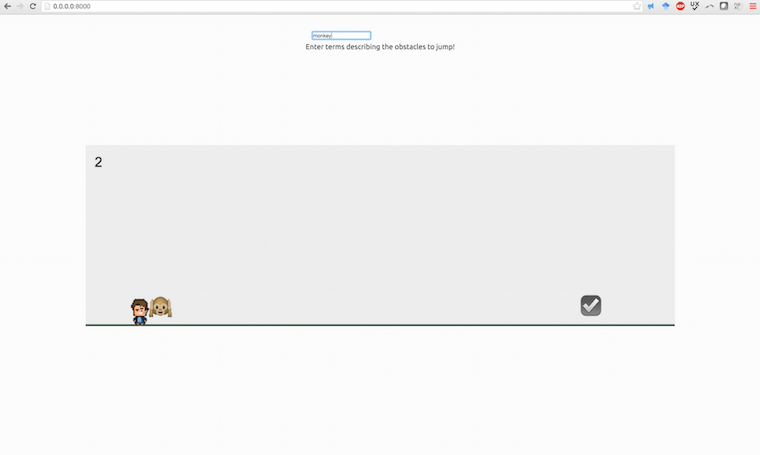 Know Your Emoji – Recycle snippet from Safinah Ali on Vimeo.

Know Your Emoji – Monkey snippet from Safinah Ali on Vimeo.

I tested this with players refined game mechanics like speed, gravity in jumping and distances to make it smooth. It was interesting to see how some players thought of some icons as very different from what their tag actually was. Example, one player entered fist for this icon, but in fact the tag was knock. 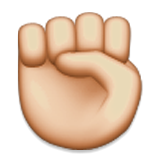 It was also interesting that a lot of icons were cultural, like flags and kanji characters, that some players had no idea about. One player also commented not the vast variety there is in emoji that they hadn’t noticed before.

Future steps involve using using a nounproject.com scraper to be able to include a vast variety of icons and associate multiple tags to a single icon. Another direction could be allowing players to make custom paths and draw picture stories, and having other players play with these paths.

Acknowledgements:
Professor Golan for providing me with continuous feedback and points of improvement.
Professors Jessica Hammer and Geoff Kauffman for making me want to make games.
Bryce Summers for telling me about other games that provide players with advantages.
CS188 Online class, Berkeley education segment on programming Pacman.
Tmm1 for emoji library and extractor.
Laya Murali, Felicia Alfeiri and Rhythm Agarwal for play-testing the final version and providing feedback.
Peers Aprameya, Irene, Samarth and Ajayan for providing interesting insights about privilege.

I cannot upload images due to wp, would email them as tagged.