In mapping the impact of meteorites around the world, I thought it would be interesting to view the world from above the North Pole. I don’t know if most Earth-impacting meteorites travel in the orbital plane of the solar system or not—if they do, I’d expect that the glancing blows near the poles would give meteorites more atmosphere to be destroyed by, which would mean fewer of them would be found in polar regions.

But of course if you’re looking for meteorites, you’re going to have an easier finding them on land than at the bottom of the sea. So where are known meteorite falls? They coincide quite nicely with the continents…not because they actually fall more frequently land of course, but because that’s where land-dwelling humans tend to find them.

The map projection I made is called azimuthal equidistant, which I didn’t know until I looked it up. It is the same projection that appears on the UN flag, with the North Pole at center, and the South Pole forming the entire circumference of the map; latitude and longitude are distributed linearly. Looks like this: 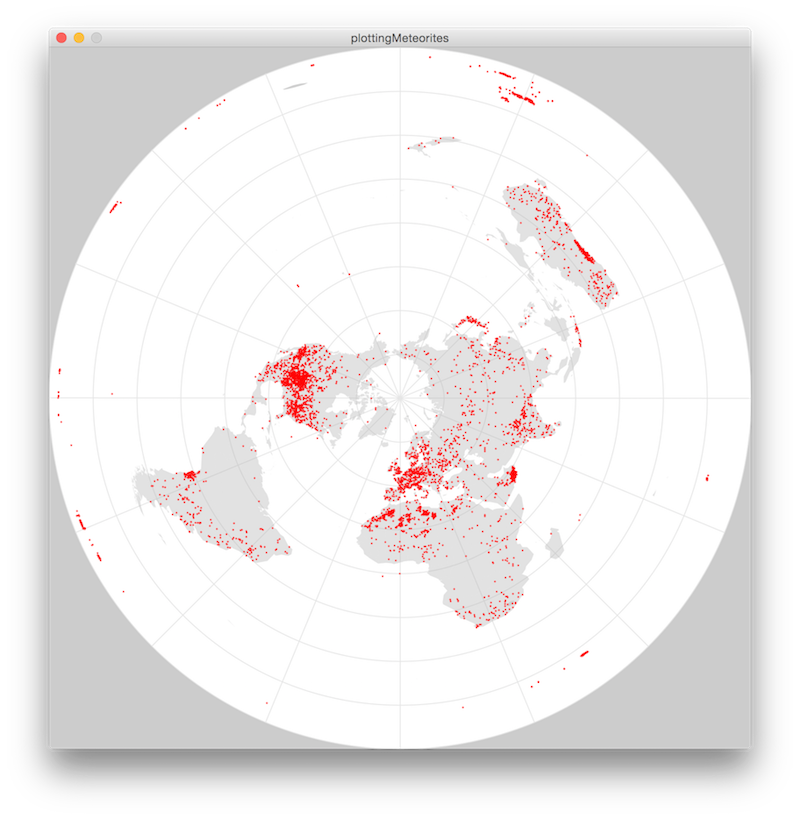 Playing around with different ways of visualizing the numbers and masses of the meteorites that have been found, I wanted to emphasize the extremely long-tailed nature of the data: about 90% of meteorites found weighed less than a kilogram. And yet the big ones are quite big! The biggest in this dataset is 60 metric tons. Playing with one visualization, I generated an image that looked a lot like a star radiating out lots of little particles all over. 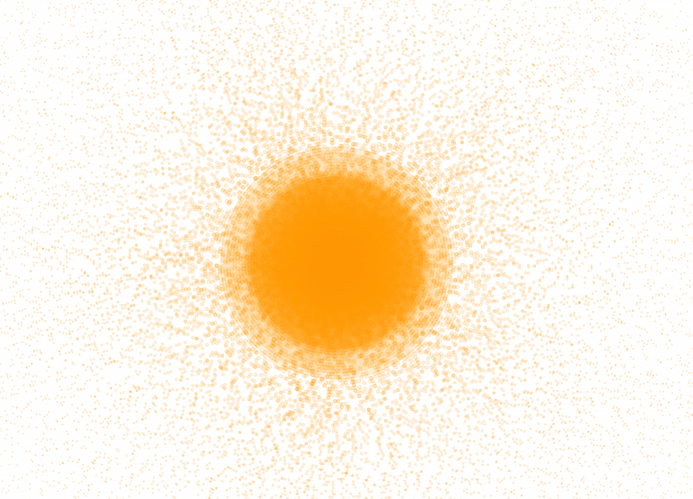 The big ones are really big.