For the letter ‘M’ I had the vision of springing or jumping up because the ‘M’ looks like it has legs. The code to get the upper part of the letter to go through the proper motion was easy enough, I just had to move three vertices. Getting the bottom of the letter to animate as if they were coming off the ground in conjunction with the top of the letter was more difficult. I attempted several techniques, but none yielded an effect that looked natural. I ended the effort resulting in the above animation where the bottom of the letter is fixed on the baseline. 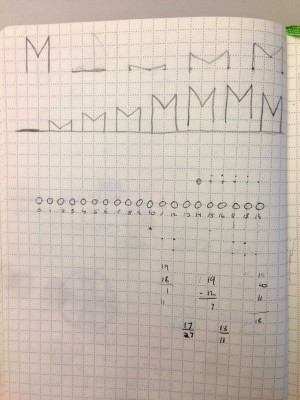 The dash: a shadowy flight into the dangerous world of a man who does not exist. Michael Knight, a young loner on a crusade to champion the cause of the innocent, the helpless, the powerless, in a world of criminals who operate above the law.