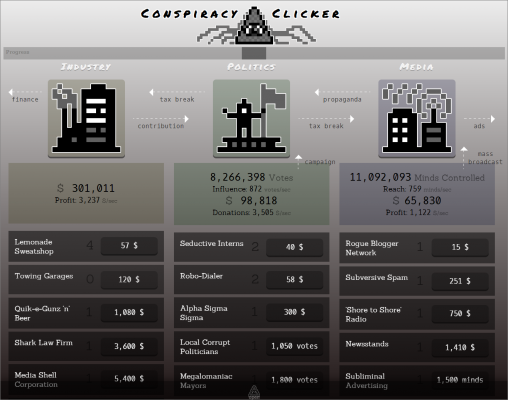 A nicely-made social commentary game about the media, industry and politics of modern America by Luke Nickerson. Made as part of the most recent Ludum Dare MiniLD, an online 48 hour game jam that happens on a monthly basis. The themes of the jam were: facade, scheme, conspiracy, deceit

The game certainly fits the themes well but I believe that the actual gameplay falls a bit short. The idea that rapid mouse clicks constitute most of the gameplay could probably work if it felt different. The graphics are nice, but I think ones that would have been more representational of the actions would have really increased the game feel. Sort of reminds me of Papers Please and Cart Life. 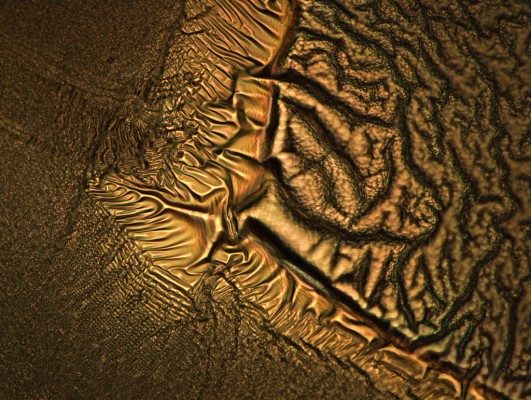 The Under the Microscope photo set by Engineering at Cambridge has some of the coolest things I have ever seen hands down. For the past year and a half in my free time I have Photoshopped with the goal of creating intriguing and engaging textures. I have often used photographs of algae and other organic life I have taken at museums. Here are two examples of my work: ZVVL and Still Sane. Seeing people take this to the next step and seeing the beauty of nature is mind blowing for me. I labor away for hours trying to combine my photos in interesting ways, and then Ingrid Graz takes incredible shots using extreme zoom lens, changes nothing and that work is what I dream of making/capturing.

A Walking City for the 21st Century (Read More Here): 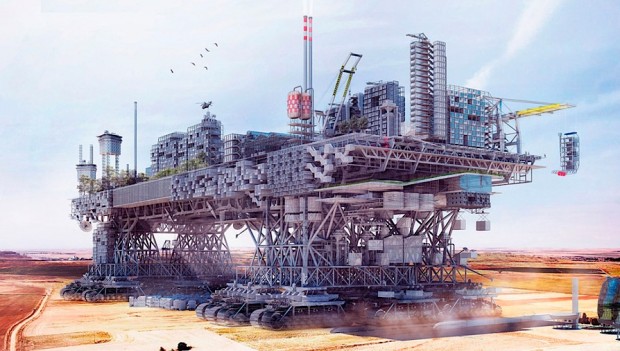 This idea certainly shocked me. A moving city. What shocked me the most was the fact that it was actually fairly feasible. The architect behind the plans, Manuel Dominguez, did a great deal of research to ensure that it could be made. The idea of a moving city originally was proposed by British architect Ron Herron in 1964 (here are details/photos of his absurd legged bug-city plan).

Dominguez was inspired by the current waves of urban contraction. His idea is to have all the core essentials be a part of the moving city and then the moving city can go to wherever jobs are at the moment. Certainly an interesting idea. It seems feasible when it comes to engineering, but I question its environmental impacts (though Dominguez does suggest this could help deforestation).