For this project, I began with the idea of creating compartments in a grid formation where a certain repeating element will be altered based on its position in this grid through some mathematical function. Eventually I had this grid wrap around so that it formed a cylindrical shape. In commemoration of this cylindrical grid I made the repeating element a cylinder as well. 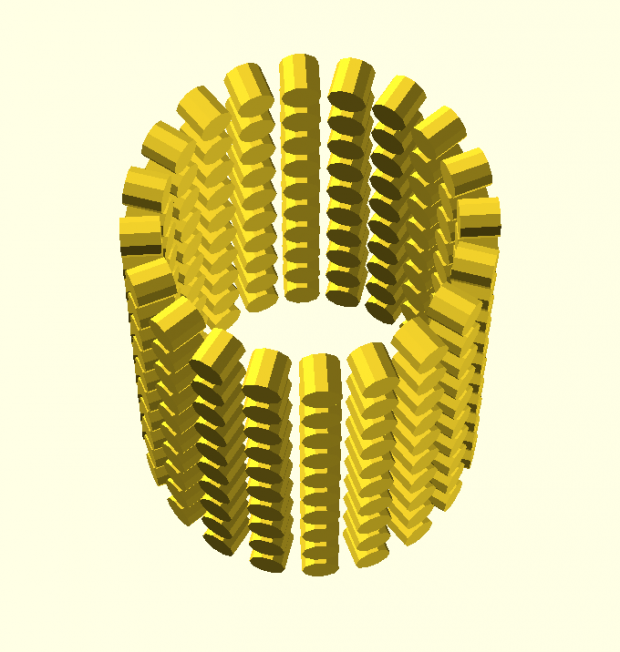 Above is what this cylinder of cylinders looks like without any modifications. This thing takes a really long to compile! 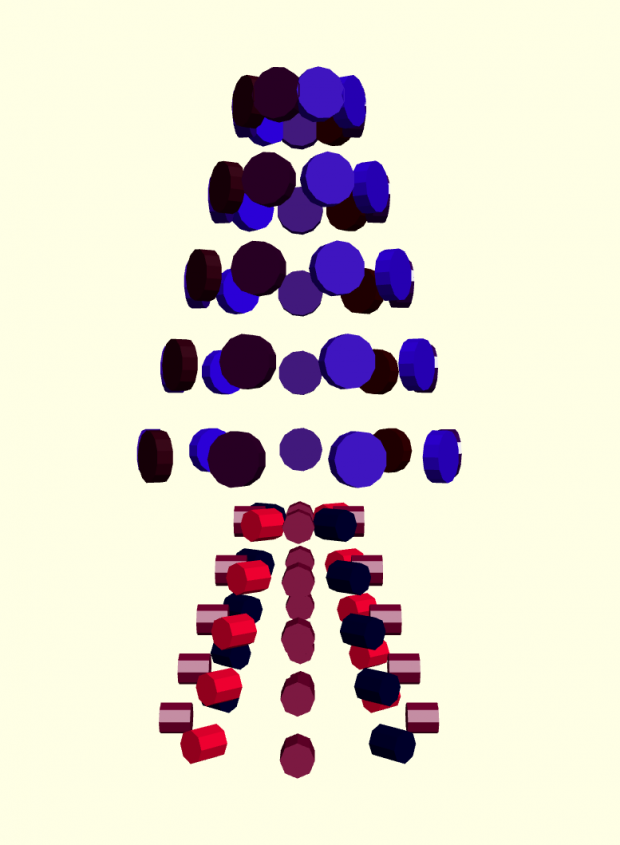 The parameters that one would run the function itself include the height of the collection of cylinders, its vertical offset from the center, and the number of rows and columns to include. In addition, a section of the module consisting of various function definitions can be edited by the client to determine the radius of the super-cylinder at a given sub-cylinder and the color, length, and radius of each sub-cylinder based on some mathematical formula involving the row and column of that sub-cylinder. This can be used to produce some pretty nice looking things. 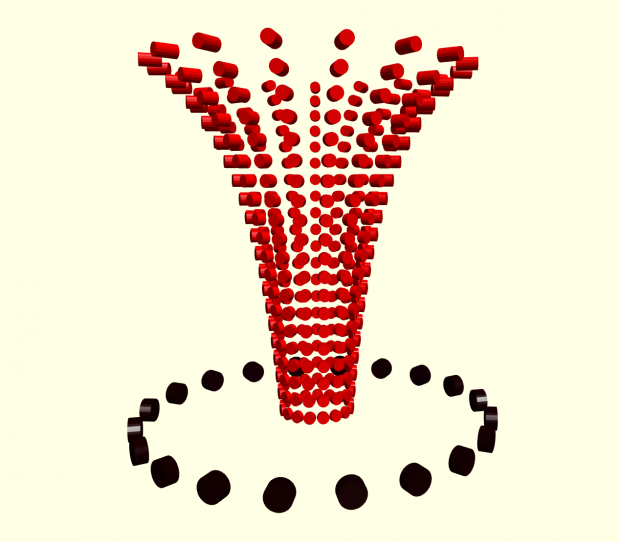 The main issue I had with OpenSCAD while making this is the fact that it does not seem to support higher-order functions, which would make the implementation of this significantly more elegant since the client would not have to write directly in the module where the guts of the implementation lie. In addition, to render multiple super-cylinders one would have to copy-and-paste the module and give it a different name. Yuck! 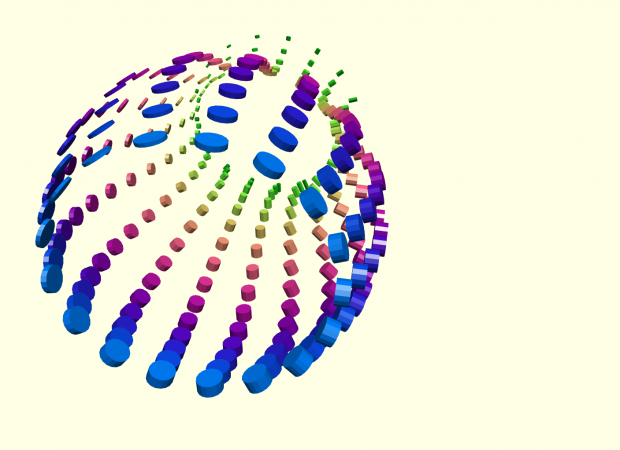 I also chose to work in and take my screencaps from openscad.net since the version of openSCAD I downloaded seemed to render everything in this nice but unchangeable yellow tone, regardless of how many times you call color(). It also seemed to take longer to render the images as well and didn’t produce particularly high-resolution images when I would ask it to export the file as an image. Whatever! I do what I want! Here are some sketches. 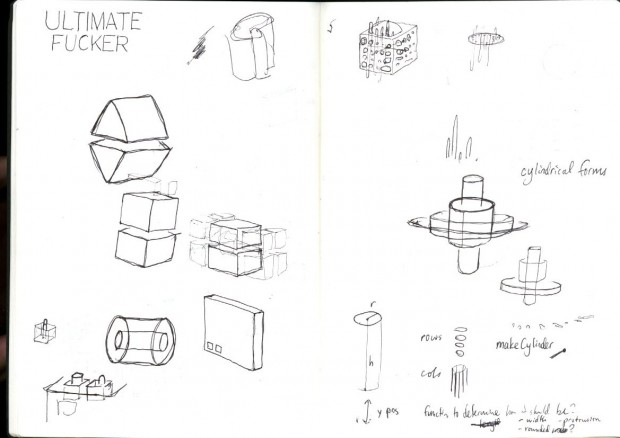 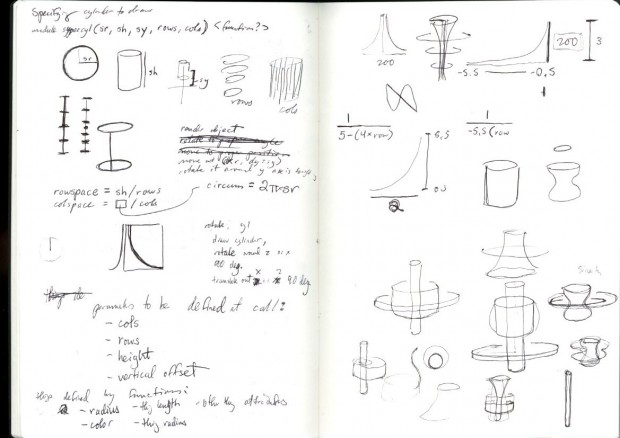 Ignore where it says “ultimate fucker” in all caps on that first page of sketches; that’s for a painting I might make later this year. Here’s one more thing I made with my thing. 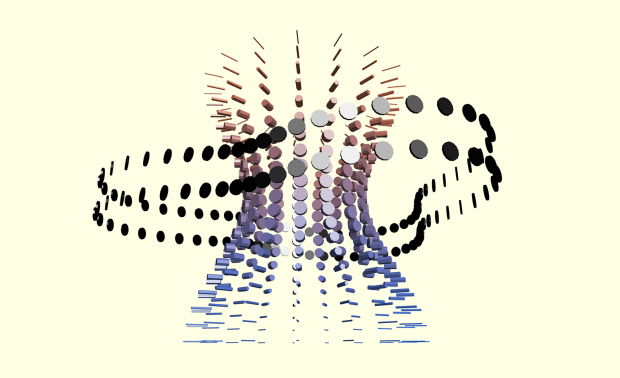 Interesting? Beautiful? Maybe, but definitely useless. You can’t really 3-D print this either. Nevertheless, it produced some results that I found surprisingly elegant, and is something I would love to use again and take even further if not for OpenSCAD’s inflexibility towards certain things (higher order functions!) and the ridiculously long time it takes to compile for anything relatively large. Here’s the GitHub link; Thingiverse is coming later.