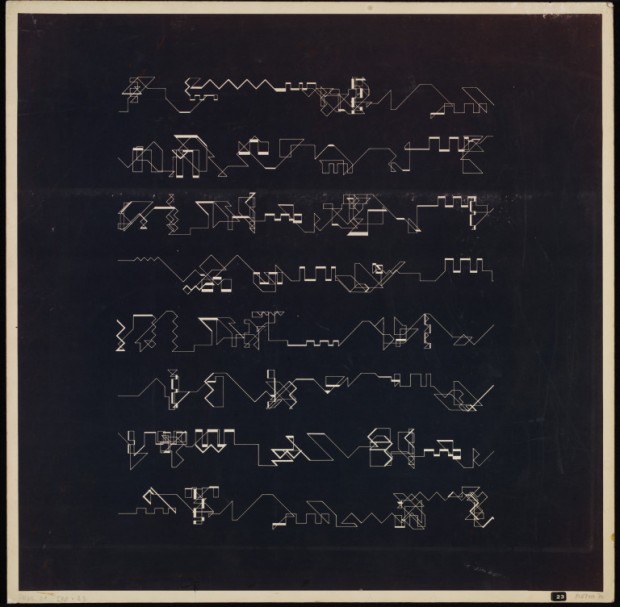 I am so happy that I found out about Manfred Mohr. More accurately, I am so happy that I remembered about Manfred Mohr, since I was briefly introduced to his Random Walks last semester in Electronic Media Studio II but was probably too busy playing Forget-Me-Not to remember his name. The main reason I enjoy his work and his earlier work in particular is due to the combination of the facts that it is computationally generated and that it is very stripped down, especially in comparison to the flashy color-filled compositions and fractals that populate the realm of generative art today (god I fucking hate fractals). His work is clean, concise, classy, and relies not on infinite levels of detail and vibrant colors but instead the raw power and mutability of an algorithmic composition, relying not on complexity of the surface but a much deeper complexity. Although this minimal aesthetic is probably due to limited resources at the time, I find his early works to be highly refreshing and indicative of the look I seek to build off of when I make my own generative compositions. His later works are okay, I guess. 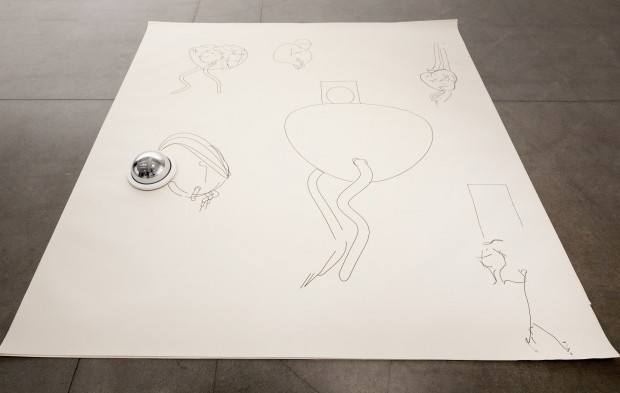 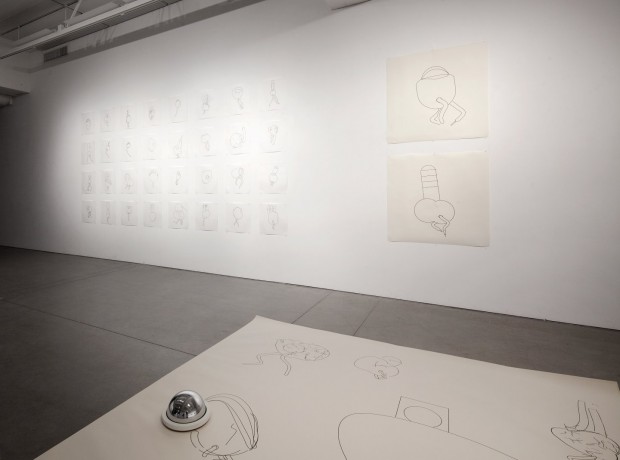 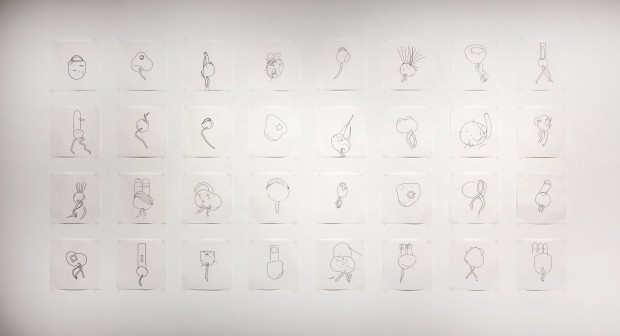 In this project, the artist programs a robot to make drawings for him. At first I thought it was dumb since I thought the robot would just draw out prerecorded drawings from the artist but then it turned out that the drawings weren’t prerecorded but instead randomly generated based off of a set of linear forms programmed into the robot, who would draw them in arbitrary combinations to produce decidedly not-computational-looking two-dimensional forms. This project surprised me since for some reason I never realized that you could utilize pre-drawn marks in generative art to as flexible and varied of an extent as this project demonstrates, even though it should have been obvious that you could since plenty of people already do that with literature. It really stretched my notion of the type of images that generative art is capable of, and also acts as an interesting way of preserving the artist’s drawing style from this period of time. The drawings are pretty cute as well, although a few of them are super phallic for some reason? 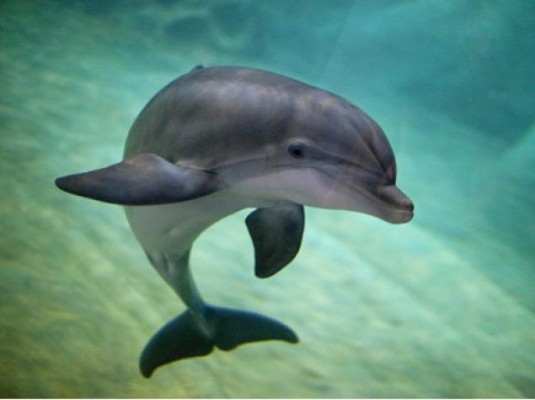 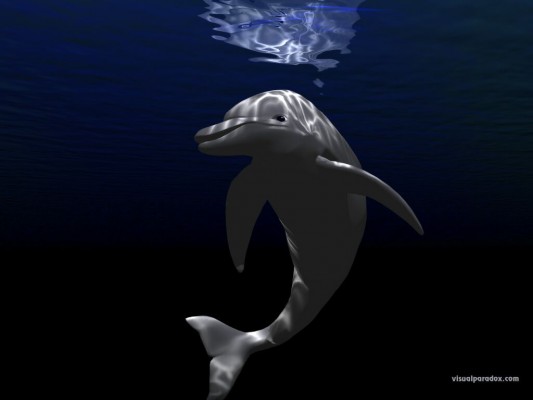 When it came to picking out a work that I was highly disappointed in, I quickly chose the numerous dolphin-centric apps created using openFrameworks. The reason I was highly disappointed in these virtual dolphin experiences was because none of them actually existed. It’s a real let down when you hear about the flexibility and power of so-called “new media art” and yet you can’t find a single application about dolphins. :(