I used Kimono Labs and Excel for this project. I decided to grab the top 1000 movies of all time as claimed by the NY Times, and plot the number of movies on the list per year.

The curve was relatively as I expected. I expected relatively low numbers very early on, a middle point in history where we claim the “best films” come from, and then a drop as time declined slightly. I was surprised, though it makes sense, that there were so many spikes, some years where tons of great, noteworthy movies were released, and years where there are none of any real note. Kimono Labs was a great tool to work with, and made the whole process painless and quick. After some data cleanup and reorganization, I managed to plot the number of movies in the top 1000 list over time. 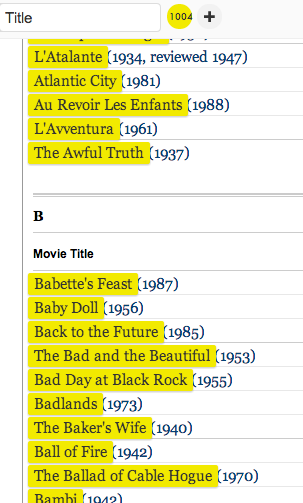 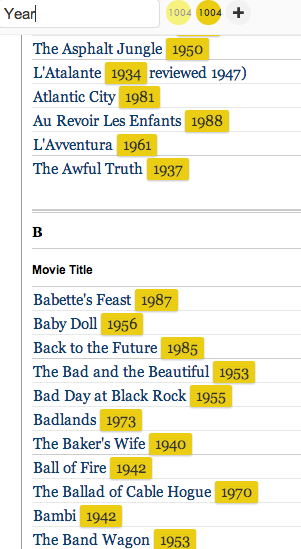 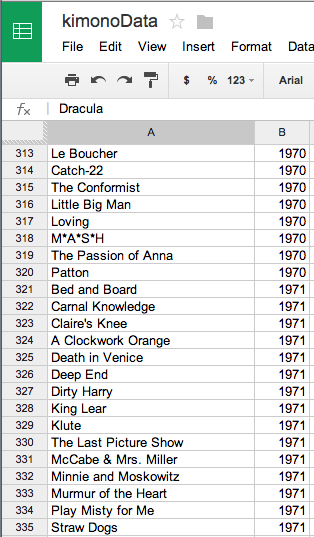 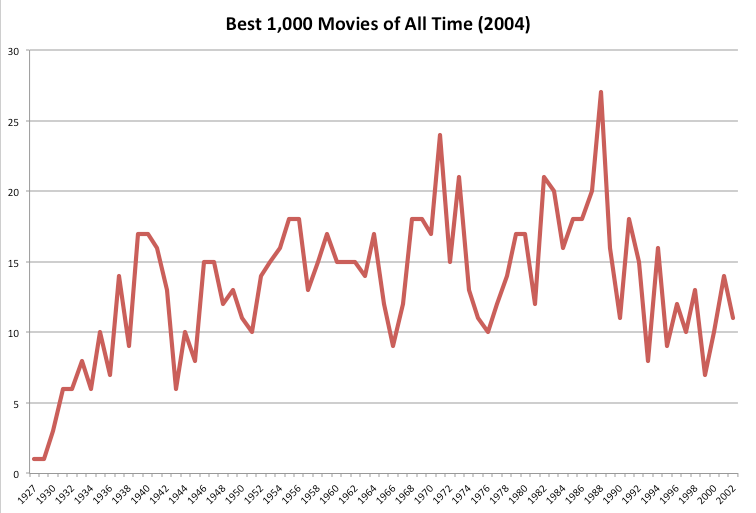