Here is a helpful three-part tutorial:

This information below contains recommended resources for learning Git and Github, which we will use this semester to store, manage and share our projects. 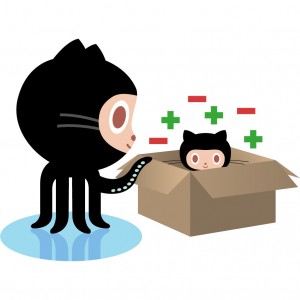 The following are pulled form the excellent Introduction to Git. Bash/Shell A small list of the bread and butter Bash/Shell/Terminal commands. Some of these commands  respond to the”-h” or  “–help” options which print out a small usage reference. Many of the simple commands (ls, cp, mv) don’t respond to “–help” but will simply print out a usage line when they don’t understand the given arguments.

Git This is just a small list of git commands. See the references below for more detailed info. All of the git commands respond to “–help”.