Motion Sound is an installation that can make sound  based on its motion.  Kinematic models (gravity, inertia, momentum) help us create a continuation of our gestures, it is a duplication of people’s gesture goes on into the future. My idea is make it to be heard.  In this project, I made a wooden bell shape pendulum. When people touch it, different sound can be triggered based on its motion.

When I study kinematics, I learn a lot of patterns. I always feel that there is a tight relationship between physics and sound. This idea is also inspired by Mitchel Resnick’s  BitBall  of “digital manipulatives”.

On other hands, kinematic models (gravity, inertia, momentum) help us create a continuation of our gestures, it is a duplication of people’s gesture goes on into the future. What if I can make it be heard?

My first prototype is use touchOSC app in iphone connect to max/msp to get the data of iphone’s accelerometer data and map them to sound. I 3D print a tumbler holder for iphone. Here is the video:

In the final version, I chose pendulum as kinematics model. In the hardware part, I used ardunio Nano as controller and wind sensor and accelerometer to collect data. Programming part, I used Mozzi, a sound library for arduino to design the sound effect. After some experiments, my final prototype’s sound effect sounds like a e-wind chime 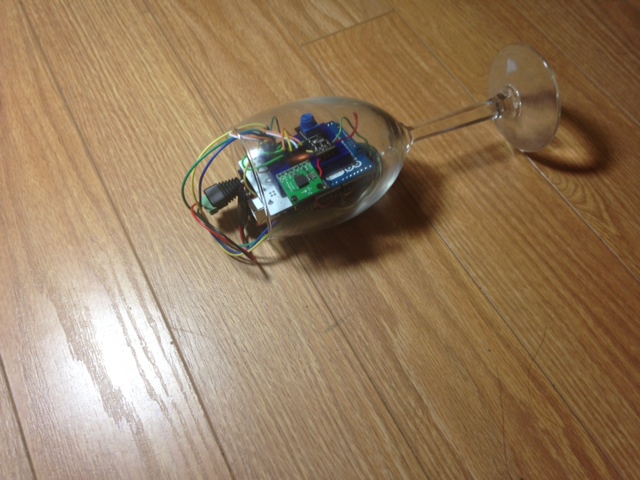 I lathed a wooden bell shape shell for arduino, sensors and the speaker. 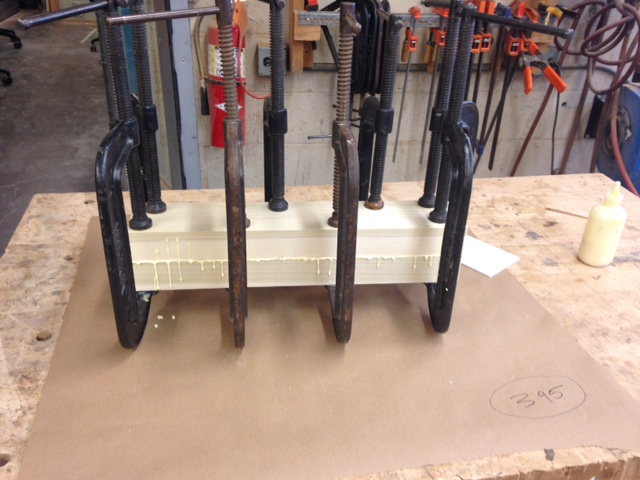 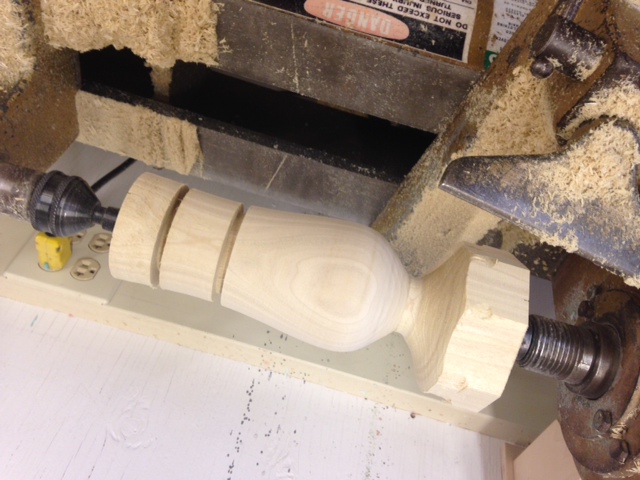 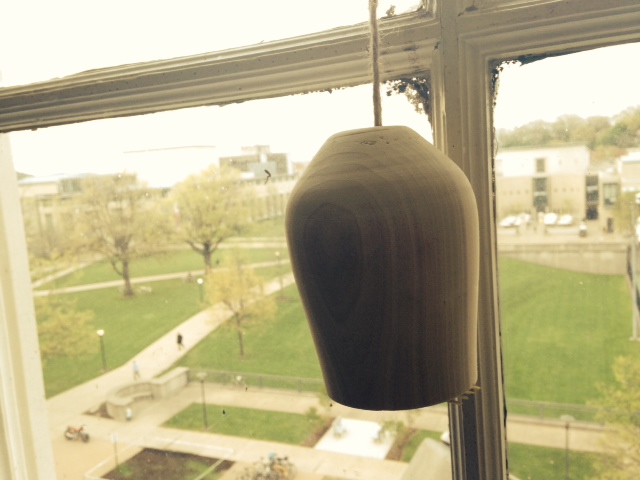