I am currently a graduate student in the Tangible Interaction Design program,  with a previous  background in architecture. Most of my interests reside at the intersection of digital fabrication and responsive environments.  Most of the work I do attempts to leverage responsive environments to encourage communication between people and the world around them.  My hobbies include traveling, bikes, and making things with my hands.

You can find me @

Breathe from Dan Russo on Vimeo.

Breathe was created to explore the dialog between people and their built environment. The installation gives walls the ability to subtly communicate through the mimicked act of respiration. The respiration creates an active dialog that changes with the character of the space. Breathe samples ambient sound levels and bases it’s rate of respiration on this data. High ambient sound levels lead to anxious tendencies of the wall panel, thus reflecting the living energy of a space. 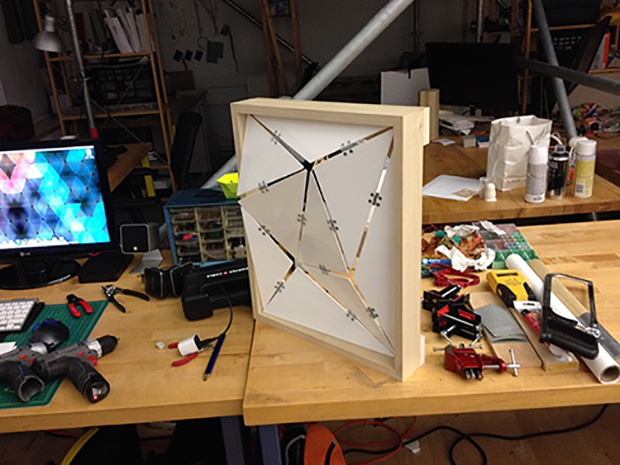 -The code and sensory information was quite primitive.  Better dat collection and smoothing would have greatly benefitted the project.

-The scale could stand to be quite a bit larger.  At the time it was limited for the sake of logistics, but could have still been made a bit more immersive.

-The projects global context and relationship to people could have also been much stronger than a purely reactive relationship. (sound levels)

About Me
I’m a Fifth Year Scholar at CMU studying Logic & Computation and Art. I’m very interested in how visualization aids understanding. This drives a lot of my curiosity with visual proofs, diagramming and data visualization. I also love to read and paint.

Past Project
In one project I attempted to visually display the interdisciplinary and non-linear approach to presenting history in one of my favorite books, “The Culture of Time and Space” by Stephen Kern. This book traces various changes in the way people perceived and communicated about distance, space, direction, form, duration, the past, present, and future throughout the late 19th century and early 20th century. These changes in perception were influenced by a variety of events such as the discovery of x-rays, the invention of the phonograph, a sudden rise in bicycle use, cubism and so on.

What’s interesting about the book (and what makes it somewhat of a tangled mess) is that Kern links “conceptually distant” events and topics to make his points about shifts in perception, resulting in what he calls a “radical gerrymandering of traditional cultural areas”. To make the links more clear I opted to map them out on a sort of “timegrid” where each column represents a broad topic such as “Literature”, “Technology” or “Visual Arts”, and Kern’s “lines of thought” move across these disciplines and connect seemingly disparate events, discoveries and movements in literature and art. 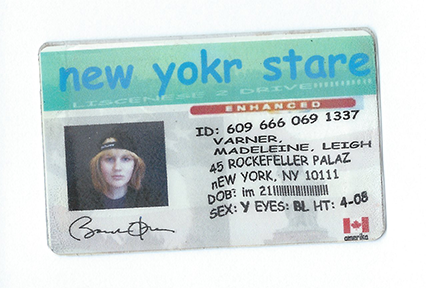 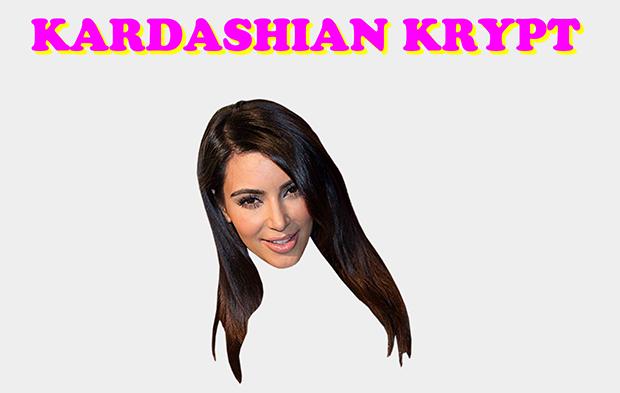 I wrote a Chrome extension called KARDASHIAN KRYPT that allows you to hide secret messages into images of Kim Kardashian and send them to your friends, who can then decode them using the extension and read your message. It juxtaposes possibly the most open human in the world (Kim Kardashian) with our desire for privacy in an ever-scrutinizing world, which I think is pretty funny. LOL!

I am an architect, researcher, author and lecturer from Brasil.

I am a current PhD student in Computational Design, I earned a bachelor degree in architecture and urban studies by University of Brasília (2006) and a Master degree in University of São Paulo (2011).

My current interests range from design philosophy and theory to computational design. Particularly, I am interested in Cybernetics and AI as I intend to develop interactive agent-based systems to support design exploration. As a simple example of these systems I will present here an Interactive bubble diagram developed to support design exploration. The proposed diagram consists of multiple goal-oriented agents, whose interaction with the user stimulates the analysis and exploration of new spatial patterns.

Surely, I was not the first to develop a computational bubble diagram (see also this other recent project), but I tried to use event-driven programming techniques emphasizing functions to amplify the interaction between user and agents.

When I am not researching or playing with bubbles I like to draw or practice some martial art such as jiu-jitsu or boxing.

So I probably use that question for my introduction! Technical Artists are people with a background with both art and programming. This job typically only exists in the 3D animation or game industry. They are the people who do programming jobs that require an understanding of art or art jobs that require an understanding of programming. These tasks involve writing plugins or tools for artist to use, rigging character models, consulting the art director, creating particle effects, writing shaders, etc

I personally focus on procedural animation, particle effects and post processing/fx. For example, here’s a game I worked on last semester. 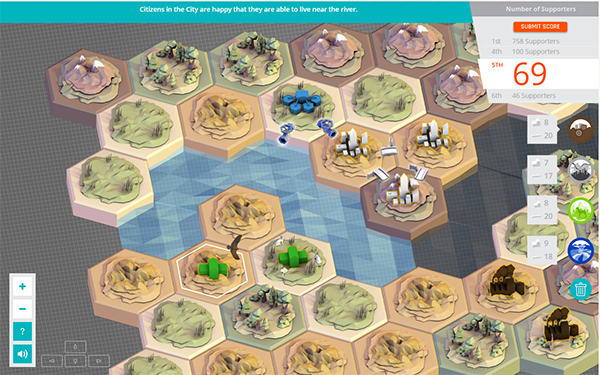 I made most of the art assets (excluding the user interface) such as the tiles and the buildings that you can put on them. Making their color look right included rendering a bunch of passes such as ambient occlusion then doing a lot of post processing work in Photoshop to get them to look right. Programming wise, I worked on the river and the particle effects. The river is essentially a 3D river with cosign waves passing through it to the right except that it’s z axis movement is visible and only effects the color via effecting the normals. When you place the buildings down there’s also some dust, that was made by programming several fuzzy dots that spawn and fade away. Those are some examples of technical and programmy stuff that artist just don’t normal do, so they have us tech artists do.