Short Explanation:
This is a bear attacking a city with its laser eyes/fire saliva.

Long Explanation:
I’m a fan of bears. Kind of. So I wanted to make an animation that showed my ambivalence towards bears. On one hand, they’re kinda cute, but on the other, they can rip your intestines out.

I originally started this project having the bear exclusively shower the city with fire, but then I considered the design of the bear and noticed that, being a robot, it should also have laser capabilities.

To counter this possible issue, I gave the bear laser eyes to help it rise to it’s full potential.
I think it was a good choice.

Technical Note:
The roboBear 3D model was made in Rhino and then imported as an image background in Processing.

UnTechnical Note:
This is my sketch 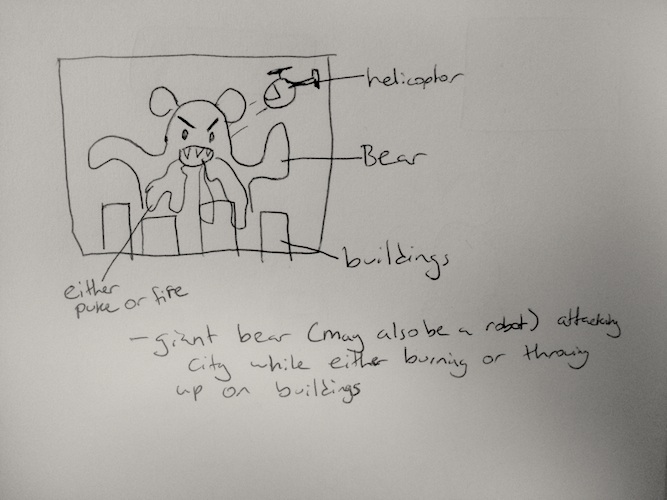