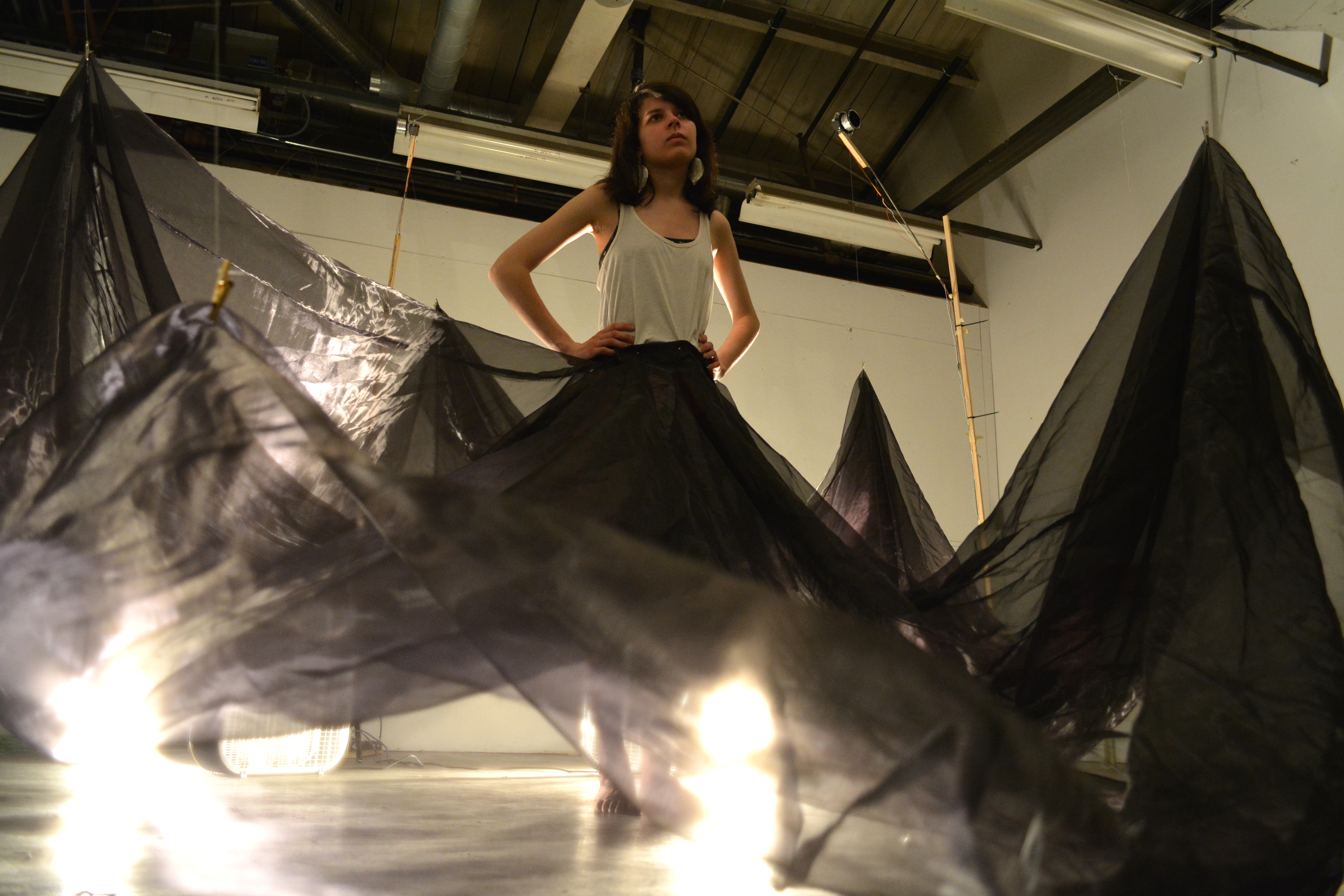 The Breathe Dress is a device monitors breathing and visually augments it with the help of a motorized skirt.

The breath sensor was made using a conductive rubber belt that was wrapped around the wearer’s waist. Based on the amount the rubber is stretched during breathing, the motors in the dress move accordingly.

I initially approached this project from a sculptural perspective. I liked the idea of contrasting a person with a giant cage-like machine, and the thought of focusing on breath was even more intriguing to me. An innate, simple action would be at the center of everything.

This project was completed using Maxuino and the program, StandardFirmata, on Arduino. And while most of the software ran smoothly, the majority of the problems came in with the physical components, more specifically, figuring out the range of the motors before the spool either wound too tight and broke itself or loosened itself beyond the point of rewinding. 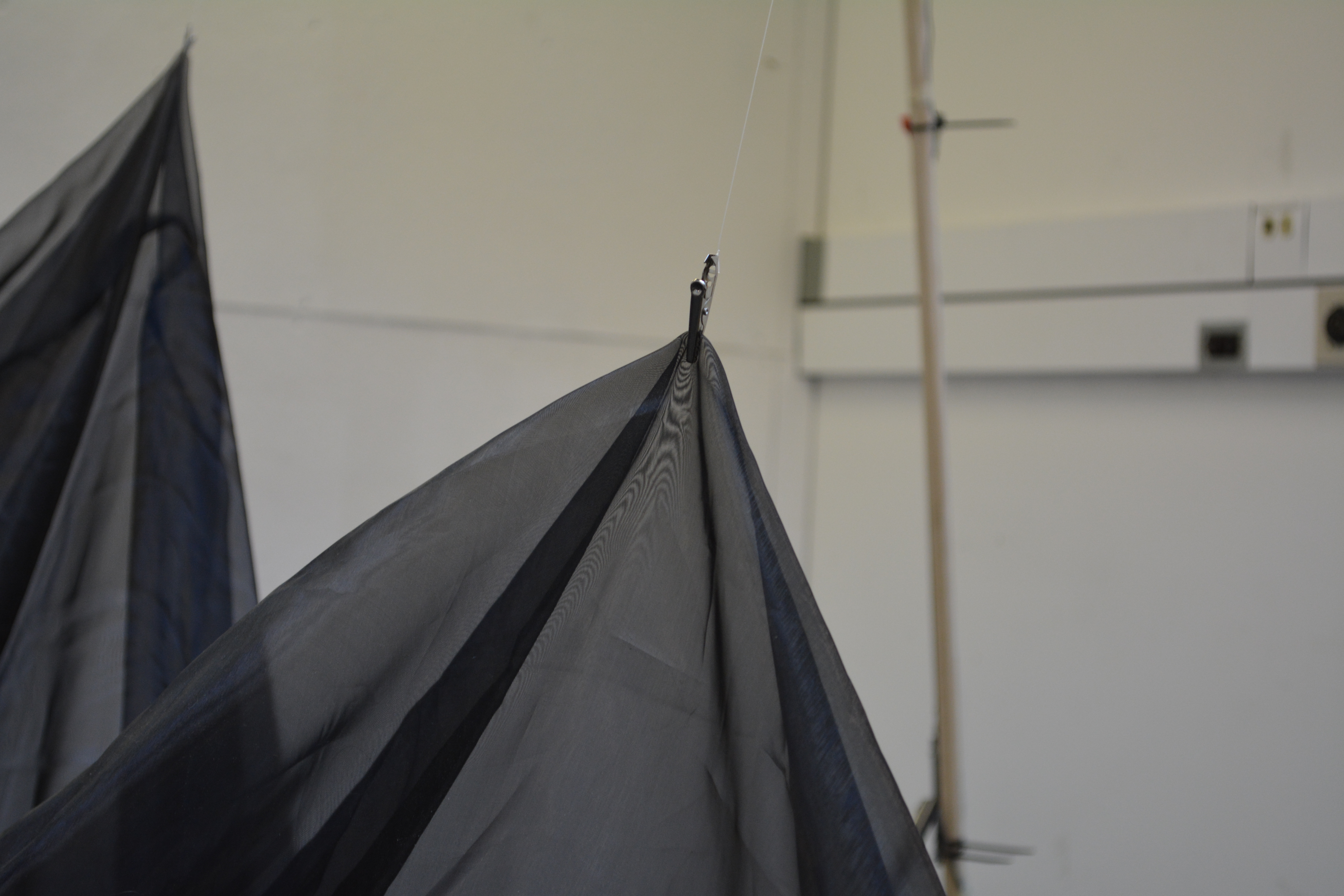 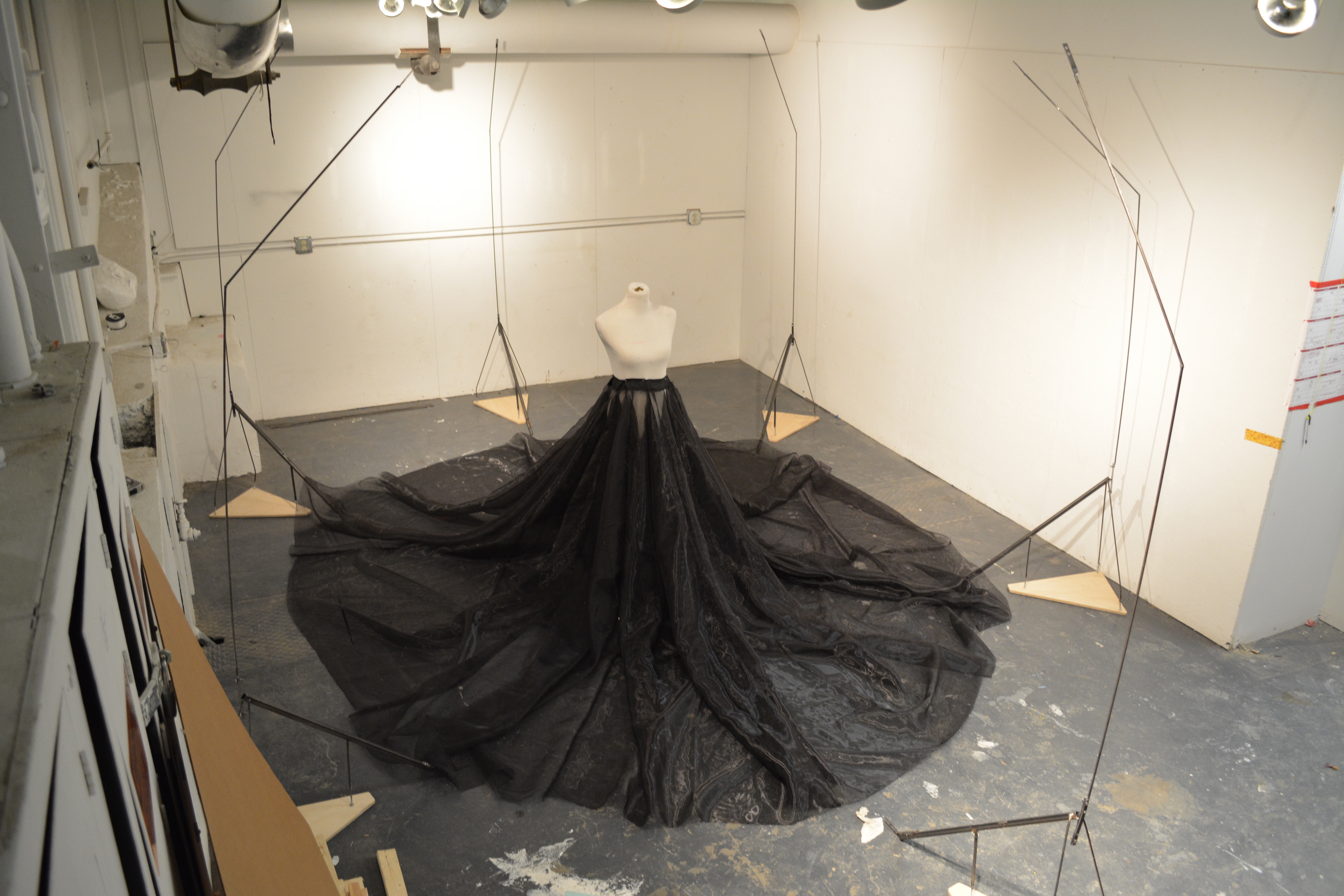