I’m an ECE major with a double major in CS and I’m working on a minor in Art as of last semester. I like to write fast efficient code that makes stuff that looks cool. This semester I hope to learn about some technologies I am inexperienced in and to use them to create interesting projects.

Last semester for Concepts Studio I: Self and the Human Being we had been given a project to make daily observations and then archive these observations in a project. I decided to make an endless snowy landscape where the observations are the snow. 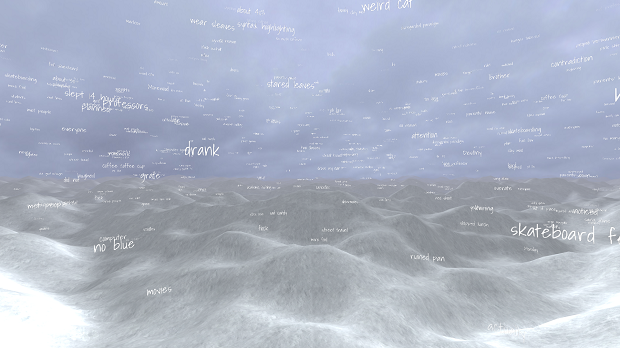 I like this project because it is visually pleasing and has a calming effect. I do however believe the particle motion of the snow (words) could have been improved, and I would have liked to try creating and adding some light background music.