As my secondary 3X assignment, my Twitter bot creates new corporate mission statements; its Twitter handle is @OurMissionStmt and its associated URL is https://twitter.com/OurMissionStmt

The bot uses context free grammar text generation to produce company mission statements based on a list (I used a list found at http://www.joe-ks.com/archives_feb2001/ManualMSG.htm as basis and added some others that I’ve heard) of corporate-y adverbs, adjectives, nouns, adjectives, and verbs. Working on the Dilbert data scraping assignment led me to stay with the corporate theme of silly buzz words and often useless jargon that I’ve heard in office environments in which I’ve worked as an engineer. The bot was written in Python, using the contextfree module to create the mission statement and the twython wrapper for the Twitter API. The source words were created in a dictionary JSON file that is read by the Python script.

Some of the ones that the script generated were quite amusing to me, because they are both non-sensical and yet ones that could be imagined hanging as a banner above some office space somewhere. My bot has not been running for very long, and I am the only follower for my bot so far, so its tweets have not yet been responded to or favorited. This bot falls under the “Feeds” taxonomy of Michael Cook’s taxonomies, since it generates text content as a continuous stream. As far as who might be interested in such silliness, I suppose anyone who’s worked in a typical cubicle environment and appreciates the absurdity of corporate double-speak would find this bot mildly interesting/amusing. “We strive to collaboratively coordinate orthogonal meta-services while encouraging personal employee growth” or “To synergistically enhance error-free mindshare to set us apart” are a couple that I found to be quite absurd. A few other screenshots from this bot are included below. 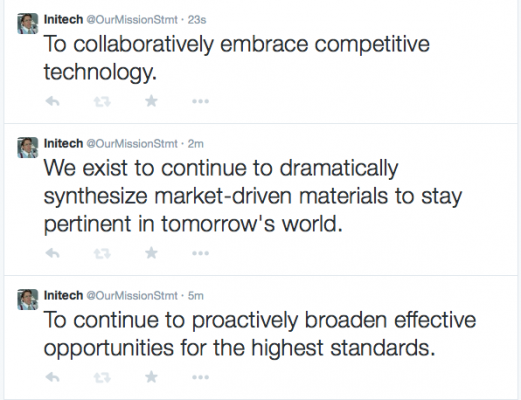 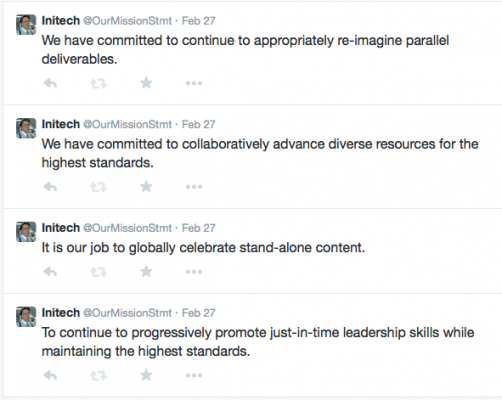 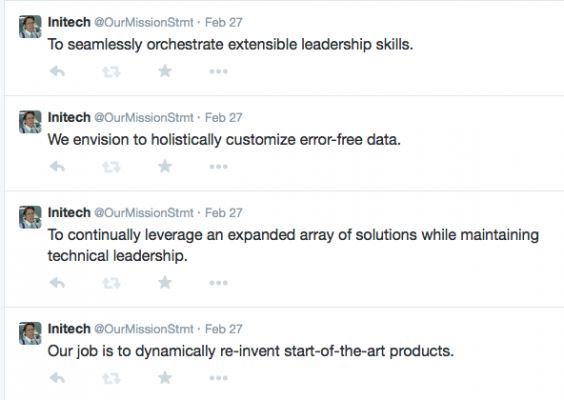 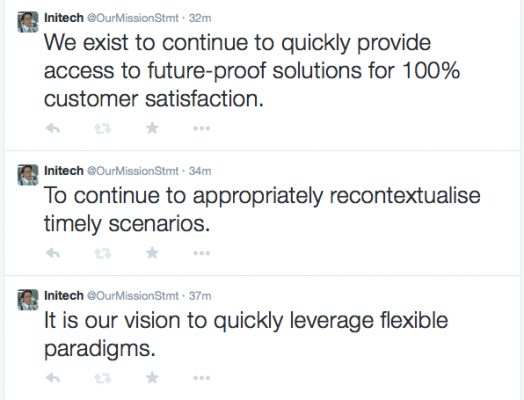 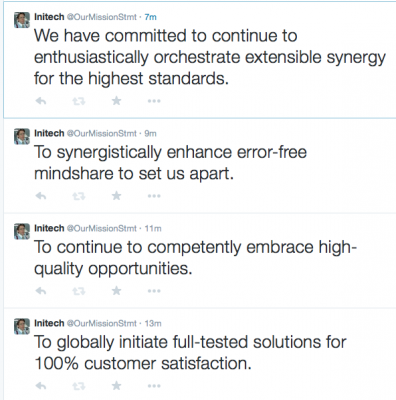 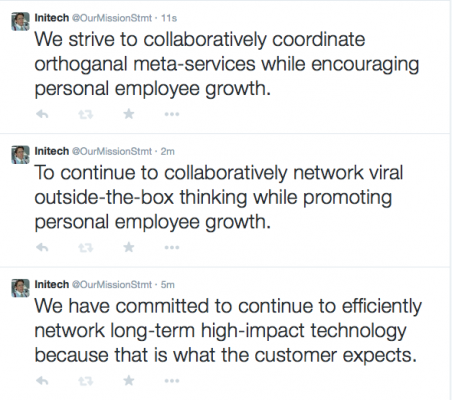