For this assignment, I ended up creating a very basic 3D map to get up to speed with OpenFramework’s OpenGL and 3D meshes as this was all new to me. I originally wanted to filter the data to reveal how hotel chains were connected, as well as how flight patterns correlated with the hotel data. Unfortunately, after lots of experimentation, much of that did not pan out as I expected in the timeframe allotted. 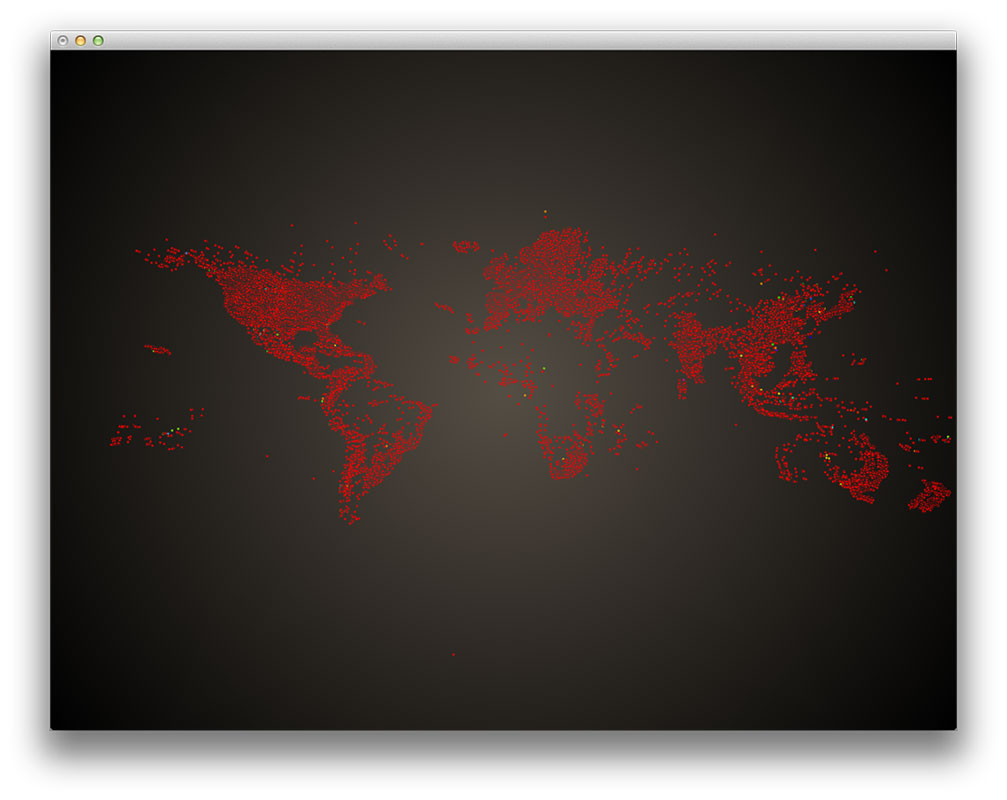 The addons used in this project were ofxCsv and ofxGrabCam, which allows for dragging and panning of the map. 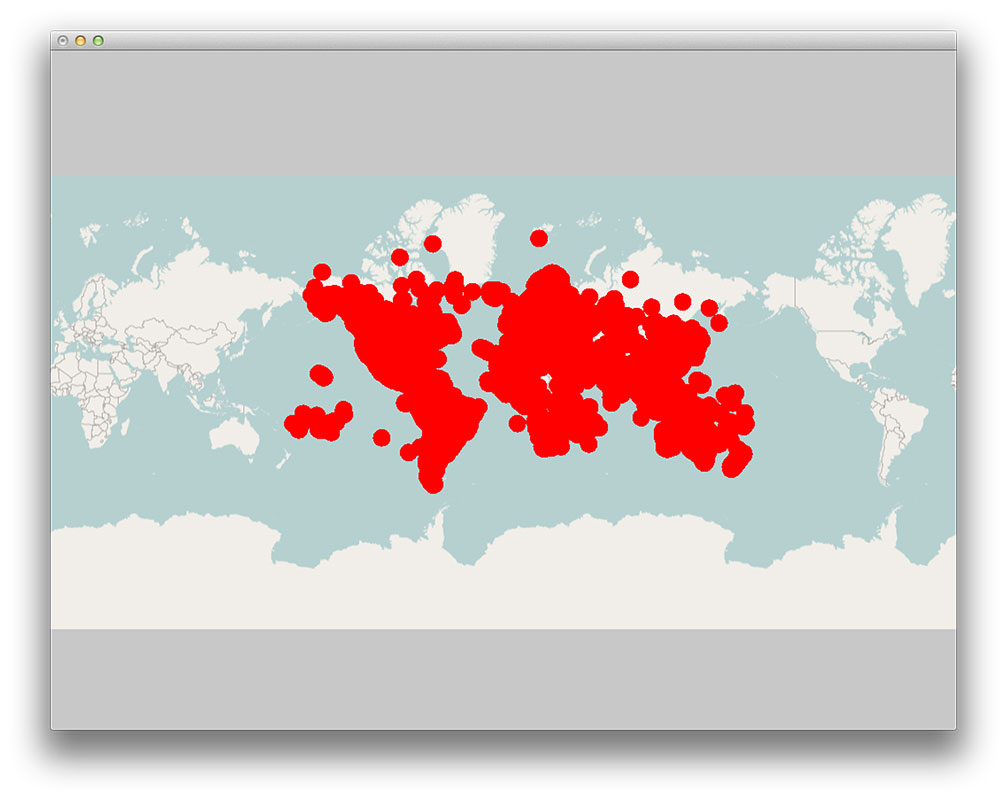 Initially, I had gotten ModestMaps to work after fixing some dependency issues, but it proved to be too slow handle the 500,000 data points in the hotel dataset. On the plus side, it was a tile-based mapping library that performed very similarly to Google Maps, which may come in handy for projects without so many data points.

I then organized the hotel data by chains using a hashmap  and connected the vertices, but that caused everything to be too thick to view.

I also downloaded and parsed the OpenFlights airport and flight plan datasets and structured them in order to visualize, but also did not have time to make that happen.

Overall, even though I would consider this incomplete, I learned quite a bit about Xcode and OpenFrameworks. I seem to have gotten the hang of debugging errors that come up when integrating new addons into an existing project and I was able to help quite a few students with debugging their work.