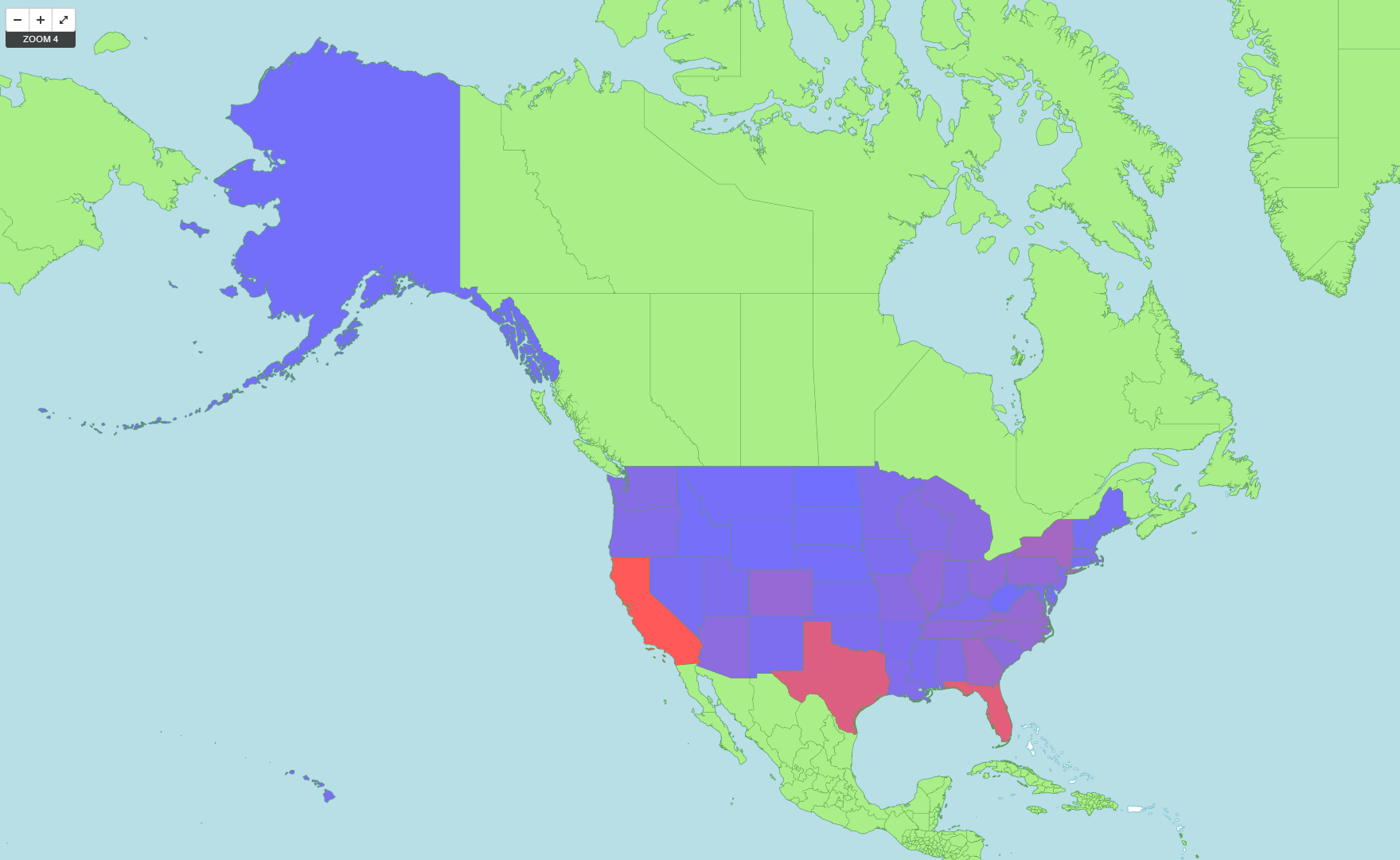 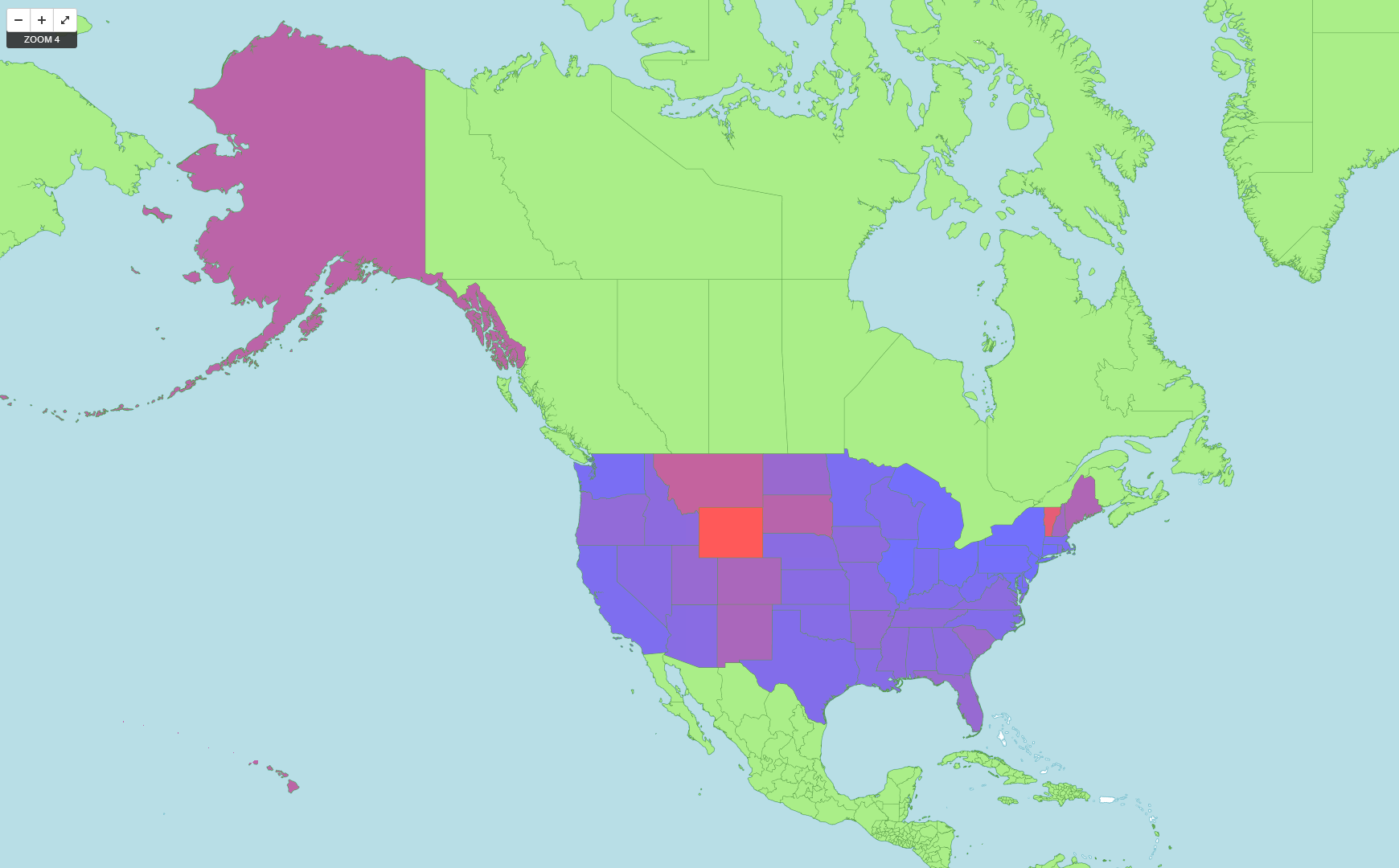 My first step to creating this map was to extract only the American hotels from the whole csv file.  I created a new csv file with just the state name. I wrote a Python script to count the number of times each state name appeared in the file, and created two colour values based on linear interpolation between a blue (#7070FF) and a red (#FF5959). One colour value was created from the rank of total hotels, and the other from the rank of per capita hotels.  I then output these colours in an .mss format, which is a styling format that Tilemill uses.