Starting to think about my final project. I’ll start where I always do, thinking about cities and maps and infrastructure.

All Streets, Ben Fry. It is what it says: just a map of all streets in the US. 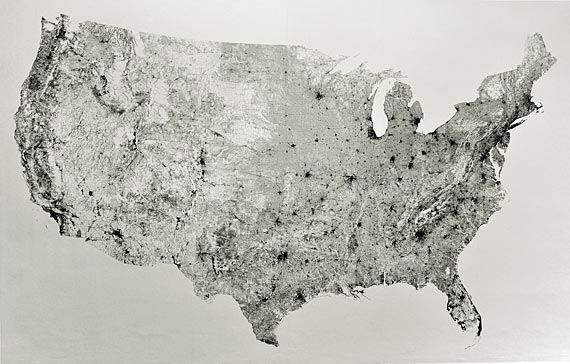 I like it because it’s pretty, it looks well-executed, it’d make a nice wall map, and it shows us some things about the US: the west is more sparsely populated, cities are where the black spots are, you can zoom in to see more detail (e.g. around the SF area). But I am really kind of more frustrated with it, because it doesn’t show us anything we don’t already know. I guess this map might be useful to an immigrant or tourist, but still, wouldn’t they just look at a political map? I feel like (and maybe this is an unrealistically high standard) info vis projects should show us something we didn’t know before.

John Powers, well, all his work really. Maybe Fat Bastard 2010, if I have to pick one. 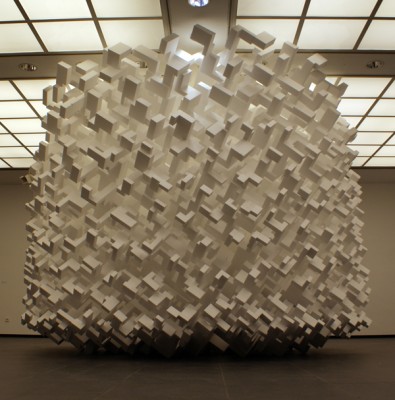 This looks like a generative form, and it’s got a lot of right angles, but it really looks like a city. Kind of Metropolis-esque. But it’s an out-of-control city, buildings just flying all over the place. I feel a little overwhelmed looking at this, the same way I do when I see a huge metropolis like Tokyo or Delhi. I’m also inspired by Pedro’s last project– looking at all the buildings in a more abstract way. I’d love to see a Fat Bastard Pittsburgh with all the buildings in Pittsburgh balled up like this (with one block being one building, instead of whatever it’s supposed to represent here), and then the same thing with New York or whatever else.