I downloaded Twilight fan videos containing the phrase “Team Edward” from before and after 2008 (release date of the first movie) to show how the fan’s pre-movie vision of Edward compared to the character, Edward, in the films portrayed by actor/model/musician/film producer Robert Pattinson.

Originally, I had the idea to morph the videos together to form one super video containing artifacts from pre and post film Twilight… 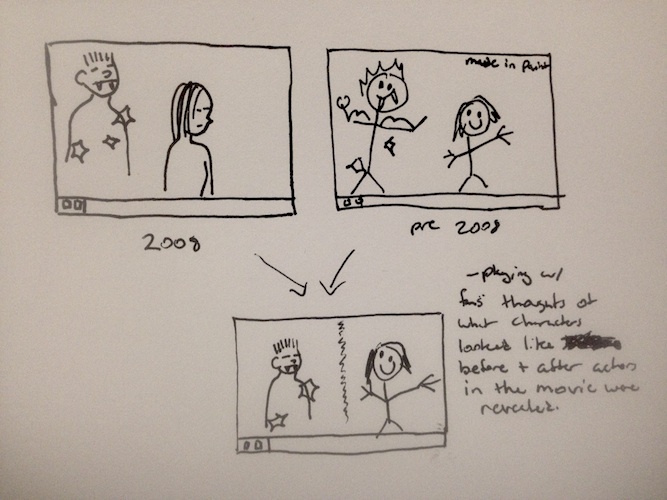 And while the idea is still developing, I now have another idea to compile the characteristics of the pre-2008 Edward into one collective portrait and then compare it with the movie character. 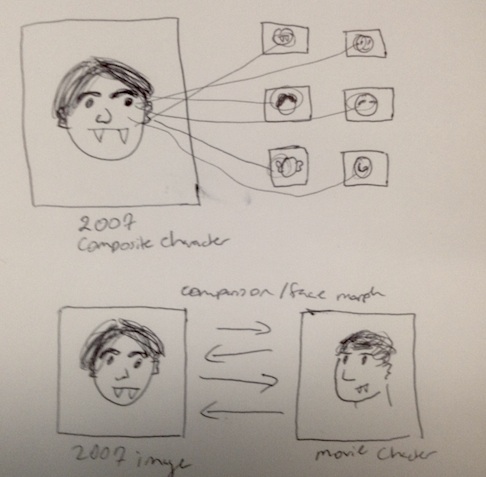