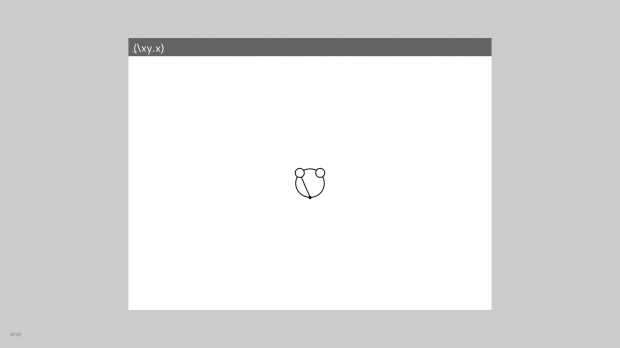 Most of the last week’s work on GraphLambda has been spent porting from the Processing environment to Eclipse and implementing various under-the-hood optimizations. Accordingly, the visible parts of the application look very similar to the last incarnation. The main exception here is the text-editing panel, which now provides an indication that it is active, supports cursor-based insertion editing, and turns red when an invalid string is entered.

The biggest issue that still remains is distributing the various elements of the drawing so that the logical flow of the expression is clear. Once this is done, the drawing interface must be implemented, including a method of selection highlighting.