Assignment: (Due 1/16) New Media Arts. After foraging widely (consider this list of potential starting points), select three projects in the broadly-scoped field(s) of computational new-media arts and/or design. Choose one project that you admire profoundly (why?), one project that surprised you (why?), and one project that could have been great but disappointed you(why?). (Note: all projects should somehow have involved/required the creation of custom software.) 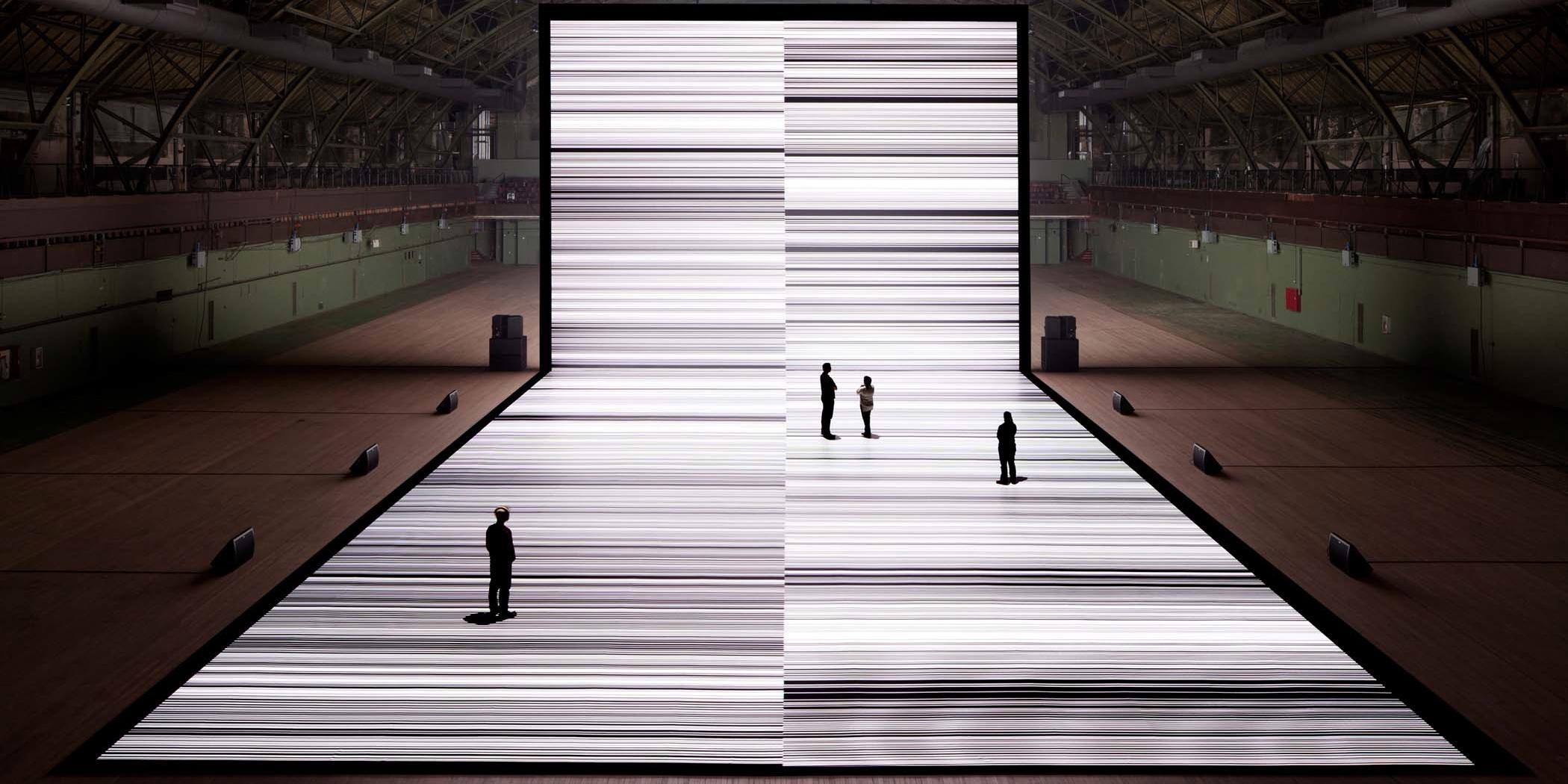 It is very difficult for me to name a computational new media art work that I profoundly admire. There are very many computational art work that I find technically interesting and also there are works that I admire, but they are often not of a same work. While I appreciate new technical innovation as well as creative interpretation of dated technology, the question is if the work is ‘interesting’ enough to be ‘profoundly admirable’.

“In the transfinite, Ryoji Ikeda takes the pursuits and structures of mathematics as one ‘material’ for his aesthetic, and does so with monumental and poetic result. At the center of the work is his sonic and visual re-purposing of binary code: 0 and 1. These numbers form the string codes used to represent all information in the digital world. While few of us understand just how the intricacies of this works, we are impacted by it in every conceivable way and on a daily basis.” from http://www.armoryonpark.org/downloads/Ryoji_Ikeda_House_Program.pdf

I admire early electronic compositions of Ryuichi Sakamoto because of it’s expressiveness and fearlessness toward technology. His continuing work with Alva Noto is a beautiful example of long term collaboration. I also respect recent works of Ryoji Ikeda because of the way it interprets data and programs to acoustic experience. (example) Human ears are one of the most sensitive input devices of our body and Ikeda’s work, especially when experienced in physical space of exhibition or concert hall, leaves a visceral impression. It is astonishing how such an un-human thing, such as numbers and mathematics (which can be crudely understood as numbers in relation to each other) can trigger emotions and create atmosphere. However I do not admire Ikeda’s work as I admire early works (critical vehicles and projections) of Krzysztof Wodiczko for its tactical interventions in public spaces and Critical Art Ensemble for their commitment toward investigations of network and authority. It is rare to find computational work that have theoretical propositions and critical research like that of Radical Software Group. 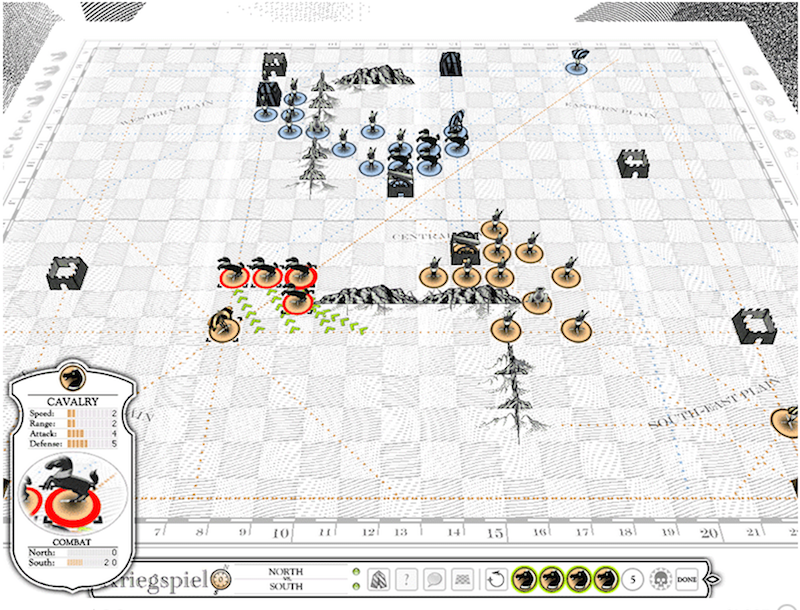 André Gonçalves is a musician, inventor, performer and new media artist based in Lisbon, Portugal.  I’ve experienced his installation work and also had chance to listen to sounds performance in few occasions. I thought his work investigates human emotions in relation to technology. It reminds of living in this age and how it feels like our smallest body movements, short moments of attentions and minuscule emotions are mediated, exaggerated and broadcasted by digital technology. The robotic installation Driven By or The Careless Self-Indulgence of Dystopia seems to prove me quiet the opposite interpretation is possible.

Driven By or The Careless Self-Indulgence of Dystopia from André Gonçalves on Vimeo.

“The system in this installation is comprised of two entities: The first, a computer and a video camera, captures all information referring to each of the motorised vehicles: identity, position, speed, motion vectors, collision routes and other pertinent calculations. This information is updated in real time and available on request for the elements that constitute the second entity, the motorised vehicles. Based on the information received, these will be able to calculate and adjust their route, considering the position of each of the other elements. The set of instructions given to the vehicles obey to basic “Play Tag” rules, so one is chasing the others until it is successful and transfers its task to another vehicle.” from http://www.andregoncalves.info/installations/drivenby/

In this installation, complex systems of wireless communications, Toy RC Car, computer vision software (Openframeworks) and Arduino microcontroller are utilized to make a machine chasing another machine. Play Tag is a popular game for youth, but also adults seem to play similar game instinctually, while driving in busy highway, trying to get into a busy subway, or walking in the street while trying to avoid running into another person or vendor. But do machines Play Tag as well? The smart systems, automations and machine learning devices often fail to understand basic logic and create humorous and other times disastrous situations. A funny example is when an out of print book becomes impossibly expensive due to multiple retailers automatic pricing based on algorithm, such as a biology textbook ‘The Making of a Fly’ becoming 23 Million dollars. 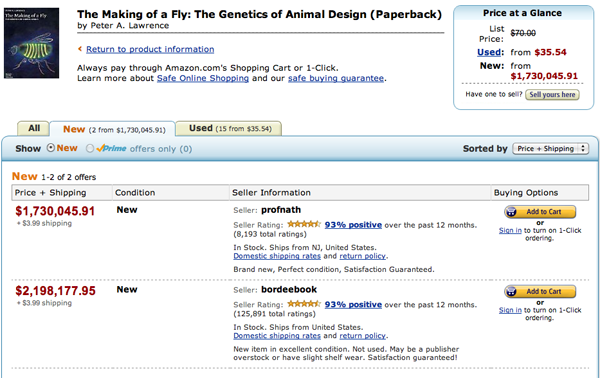 Also security systems built with the sincerest intention can be used for the most useless data mining and becomes an abstract machine for surveillance without specific intention. Gonçalves’ work is a simple composition of toy RC cars chasing one another that are created by very complex hacking of software and hardware systems. As the title implies, we the humans are driven by the desire for techno utopia, but we end up building a world of careless self-indulgence of Dystopia instead. Thus, the complexity of the work and simplicity of it’s manifestation is an impressive surprise in this work.

3. Disappointment.
Rafael Lozano-Hemmer is one of the distinguished contemporary artist whose practice is grounded on computation and new media art. His large scale installations receive appraise from critics and the public alike due to it’s spectacular aesthetics, gestures for interactivity and melancholic poetics. Lozano-Hemmer continues to produce travelling exhibitions while producing smaller pieces for gallery exhibitions and collections. While I respect his practice over all, I’d like to think about Last Breath, a new piece from 2012 with few doubts. 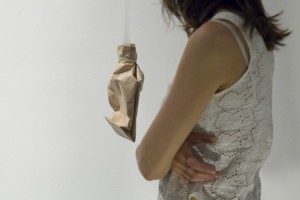 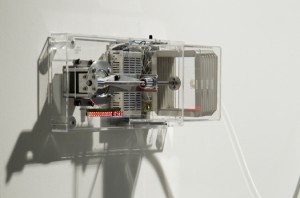 “Last Breath is an installation designed to store and circulate the breath of a person forever. The piece consists of a small brown paper bag which inflates and deflates automatically thanks to motorized bellows similar to those found in artificial respirators in hospitals. The apparatus hangs on a wall and is activated 10,000 times a day, the typical respiratory frequency for an adult at rest, including 158 sighs.” from http://www.lozano-hemmer.com/last_breath.php

The piece contains information of a person’s breath and recreates it bionically with motorized system. Breathing of paper bag reminds me several things such as hyperventilation, emergency oxygen mask in an airplane, vomiting and also it is a way to inhale inexpensive hallucinatory chemical such as super glue. All of the situations remind of extreme bodily condition and states of anxiety. While the artist instructs other material may be used in the place of paper bag, the real melancholy remains in the system of motorized breath and its output in terribly vulnerable material, such as paper bag. The disappointment I have with the work is not the depth of  melancholy and vanitas but the limits of viewer’s experience. A person’s breath is contained within the system and viewer can only observe the mechanical recreation of the breath. It is a portrait of person’s breath and the title implies imminent death. Just like any portrait painting, the breath is frozen in time. I wish there is a way in which audience breath with them and feel closer to their presence. The project description notes the system contains simple process to capture breath, which hints there was a possibility for interactivity that artist consciously decided not to utilize. What if the output was not such an abject material, but the person’s clothes or personal item?  What if audiences’ breath affects the contained breath minimally? Maybe the piece wouldn’t feel so medical and inspire to be personal, while not becoming overly explanatory or didactic. 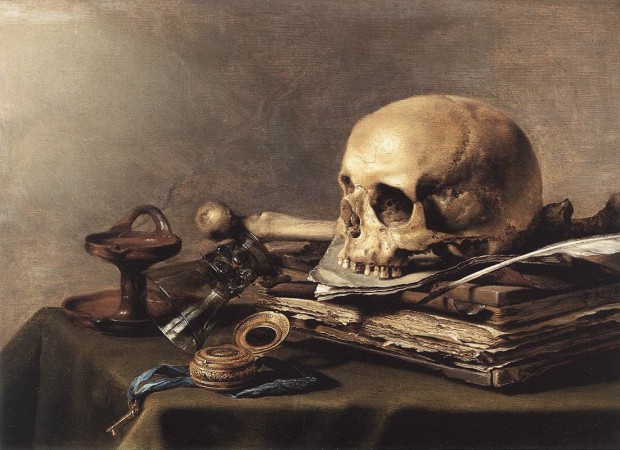