I ended up getting interested in the tSNE grid as a compositional tool. I had to use a python script to grab the color yeast cell images from the database as they did not permit downloads of the false color images. when i collected all the color images and organized them, i saw some very aesthetically pleasing patterns in the tSNE grid that I wanted to preserve and import into 3d. I unfortunately had issues with the 3d importing, which created strange artifacts at the edge of each texture, but the parts of the texture in the middle where the heightmap displaced the color imagery looked really cool. If i can fix this bug I think my original idea of making a weird cellular world out of fluorescence microscopy images would turn out well.

The grids I made were compositionally interesting, but I wanted to get rid of the grid lines while preserving the organization of the individual cells within the grid. These are the grids I processed. I applied a gaussian filter to the main grid then superimposed the extracted cells onto the gaussian layer, so as to preserve the cells sharply while dissolving the boundaries. 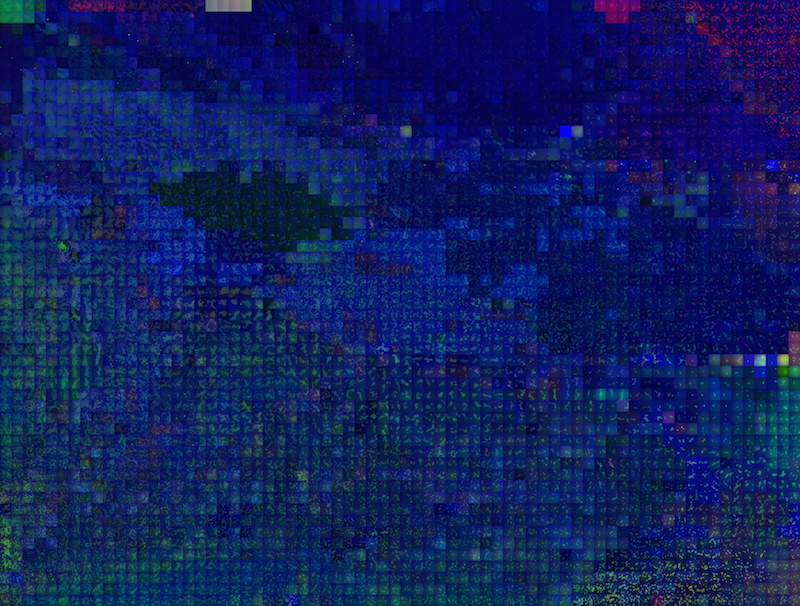 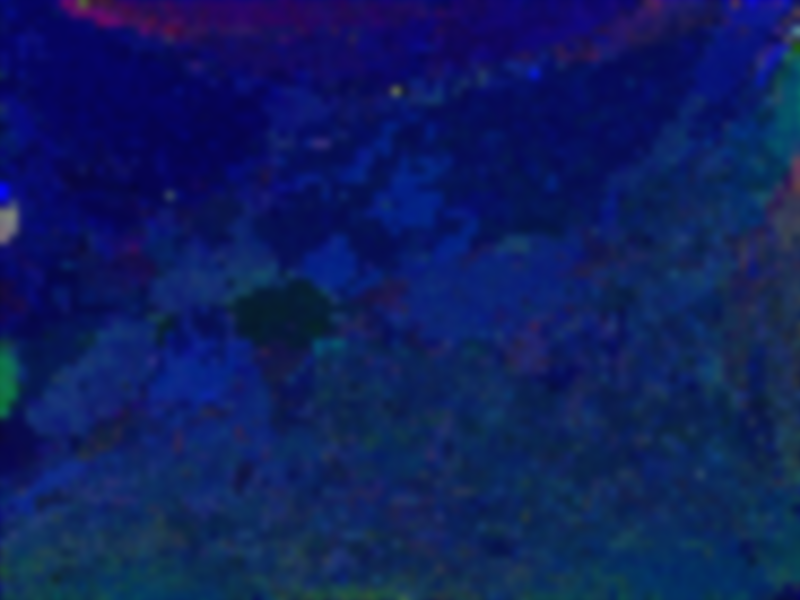 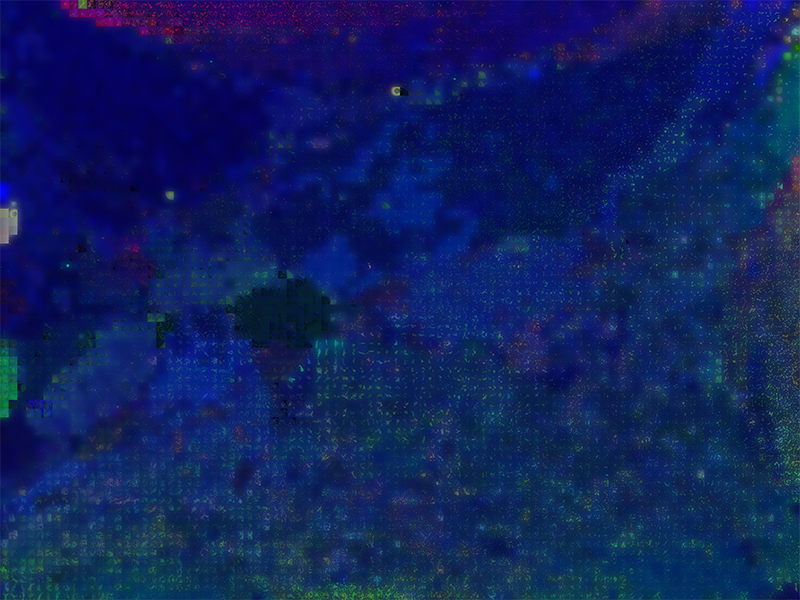